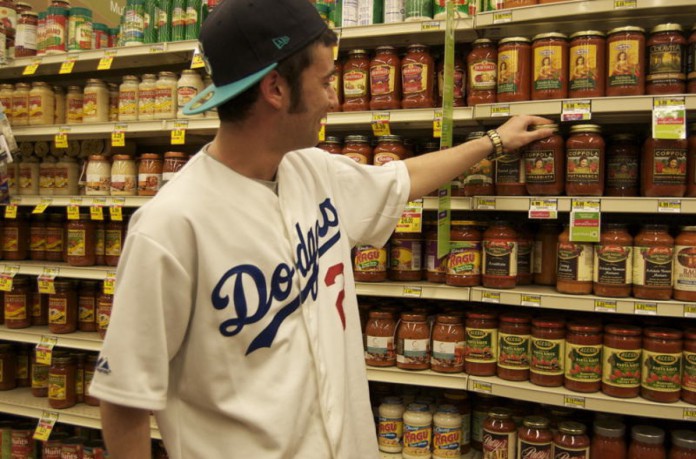 Baseball season has officially been in full swing for two months now. While there are fans from all over the country living in Isla Vista cheering for their respected teams, one thing is for sure: Isla Vista is notably abundant with Dodgers and Giants fans.

The majority of IV residents are split as Southern and Northern California natives. Being a Dodgers fan is the easy decision for SoCal natives and the residents from NorCal almost all opt to be San Francisco Giants fans rather than root for the Oakland Athletics who, despite being around .500 presently, usually disappoint on a regular basis.
As a result, a rivalry has grown throughout the years between fans of the Dodgers and Giants living within Isla Vista. This rivalry is also one of the best Major League Baseball rivalries right behind the Yankees and Red Sox feud, so there is history to back up the tension.

This season has started off a little different than past years due to the Giants winning the World Series last season. The accomplishment itself is notable for bringing the title to San Francisco, tying up the overall Dodgers-Giants championship wins at six each, and lastly but most importantly, giving all Giants fans an open window for talking more smack to Dodgers fans within IV.

At the moment we have just gone through the third full series between the Dodgers and Giants this past weekend. Ironically, the Dodgers won the first series, while the Giants took the second. The Giants however just took the third series giving them an advantage over the Dodgers so far this season.

The bars in IV during these games are packed and can get rowdy with the competitiveness coherent throughout the night. These games are broadcast throughout IV, where fans can watch their team and root against their least favorite. Add alcohol and the results can get nasty.

Just strolling down Pardall, the famous “Beat LA” and “F*** the Giants” chants can be heard from any of the notable bars.

Zack Roman of Giovanni’s Pizza Place said, “For the Dodgers-Giants games [we] get completely full, [but they] are exciting, and the rivalry shows its true colors.”

The bars fill up easy, and with both teams having things to be excited about it is not hard to figure out why these games are fun to watch.

Dennis Eros, a UCSB fourth-year political science major, as well as a Giants fanatic, said, “These games are what make baseball season so fun in IV, you watch a rivalry game with your best friends, who also are rival fans and drink and just have fun.”

While, the Giants are reigning world champions, they have also had the fun of watching Tim Lincecum and the rest of their starting rotation throw with the fourth lowest ERA (Earned Run Average per 9 innings) in the entire league. Buster Posey is looking just as solid as last year in his sophomore season, and when Pablo Sandoval comes back off the DL (Disabled List), the teams should be knocking in more runs every game.

The Dodgers on the other hand, have a below average bullpen, but luckily have been able to enjoy solid starting pitching, led by Clayton Kerhsaw. The team’s hitting has been impressive as well due to Andre Ethier, who had a 30 game hit streak in the early stretch of the season, and Matt Kemp, who is leading the team in every batting category including Batting Average, Home Runs and RBIs (Runs Batted In).

The question now is if the Dodgers could bounce back to take over the division.

Ethan Edminsten, a fourth-year and Dodgers die-hard said, “If there’s anything I have learned [while] watching baseball, it’s that any team can bounce back.”

With over a hundred games still left to play there still seems to be more than a chance that the Dodgers can indeed bounce back. Whether or not it will happen does not affect the fun you can have rooting for your team and against the opponent. With the diverse mixture of Dodgers and Giants fans in IV, you might be surprised at which team your friends root for, but after the next series between the two teams, they might not be your friends anymore.