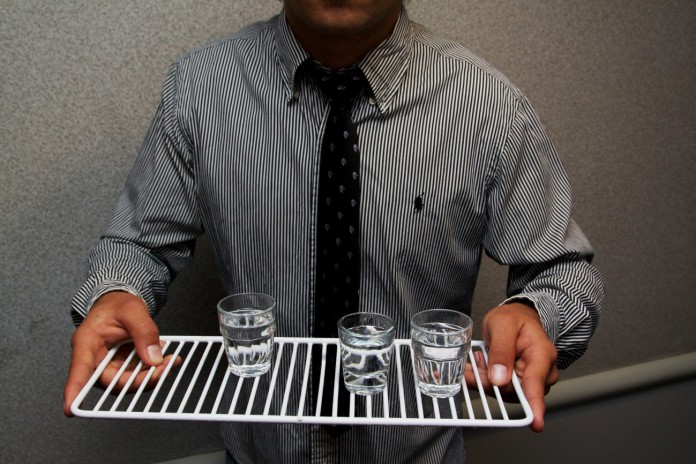 Sanctions handed down this week against UCSB’s Open People’s Party highlight the latest in a series of violations by the political organization in recent years. OPP filed two appeals immediately after the Associated Students Judicial Council disqualified four members of the party finding them responsible for distributing alcohol to minors in soliciting votes. After an initial appeal was denied, OPP submitted a second appeal, which is currently under review by the Associated Students Judiciary Committee. The charges of illegal conduct against this year’s candidates have stirred up questions over whether or not OPP has been regularly engaged in illegal alcohol distribution as part of their annual campaign strategy.

In 2009, OPP held an official party event at 6587 Del Playa Drive the weekend before elections. OPP representatives were present and identifiable by wearing blue t-shirts that read “Are you down with OPP?” Towards midnight, law enforcement officers arrived and inspected the party and ordered the event to shut down, issuing citations to the hosts for furnishing alcohol to minors. Pictures from the event are posted on OPP’s current Facebook page and show blue balloons and banners advertising the organization, surrounded by attendants holding blue plastic cups in the air. According to newly elected A.S. Internal Vice President Chloe Stryker, the organization later received a warning from election officials, cautioning them against any future violations that would result in more severe punishment. The Bottom Line contacted AS Elections Committee and AS Judicial Committee to describe what they told OPP after the incident, but neither could disclose the content of OPP’s warning.

According to an anonymous source who worked closely with the OPP election campaign in 2011, there were vague plans among some campaign workers to bring alcohol to sororities and fraternities that she had heard, but that no formal planning had taken place.

“I knew that it had been done in the past,” the source said, “but apart from a couple people talking about it, I didn’t know of anything that actually unfolded. When I first heard about it on Thursday [5/19], I was shocked.”

The source also believes that OPP officers expected Greek organizations on campus to support the party simply based on wide-spread membership, saying “because so many people in the Greek system were involved with OPP, I think Harrison [Weber] and Chloe [Stryker] sort of assumed that we would get most of their votes in the first place.” According to the UCSB Visitor Center, Greek organizations constitute 8% of the university’s student population, representing one fifth of 2011’s voter turnout.

In an interview with The Bottom Line, Chloe Stryker said that the story surrounding the Jello shots has been misinformed, and that she and other OPP officers have been implicated without any evidence. “The whole thing is a big misunderstanding,” she said, “there’s no real evidence against most of the people being punished.” Stryker insists that while she was working on the party’s campaign, she had no idea that any illegal activity was taking place, Stryker also offers a different account of what happened when A.S. Off-Campus Representative Yeni Nguyen and other OPP campaign members took different trays of Jello shots to fraternity houses in the days before elections started. “There was one batch that was made with alcohol, and on that was non-alcoholic,” she said, “and the people who carried the shots left one tray in a fridge where only people 21 and over were supposed to have access to them. They served the other ones to everyone else, and reminded everyone to vote for OPP.” Stryker did not specify how OPP representatives certified that only students 21 and over had access to the alcoholic shots. Ultimately, a mistake was made where the batches were mixed up, and some were consumed illegally while OPP representatives were present. Stryker also maintains that while Nguyen made the shots, the representatives who carried them, including Kelly Gandee, Lauren Begleiter, Chelsea Parrott and Alexa Cover did not know they were alcoholic. The Bottom Line contacted Stryker to clarify who accidentally switched the two batches, but did not receive a response.

In some instances during this year’s campaign, OPP seems to have shown prudent judgment while distributing alcohol to entertain constituents. OPP hosted an open party for UCSB students at 6705 Sabado Tarde on the evening on April 15, just three days before voting opened on campus. According to the anonymous source the party was divided into two sections, with one side of the house and parking lot open to the street, separated by hired bouncers from a 21 and over party, where professional bartenders who volunteered for the occasion served drinks. “There weren’t even that many people in there,” the anonymous source said, “it was set up so everything was legal, and everyone who was in there was responsible for being 21.”

Stryker said that even local law enforcement was satisfied with the measures taken by OPP hosts. “The I.V. Foot Patrol came by, people from Elections Committee came by and said that they were impressed with how we’d set it up.” The Bottom Line contacted the IVFP who could neither confirm nor deny Stryker’s statement.

Despite OPP’s denial of any wrongdoing, some students are still concerned with the new Legislative Council’s controversial start to its term. Second-year History major Caitlyn Young believes that the early trouble may reflect poorly on UCSB’s student as a whole, saying, “I just think its disappointing that at a time when all U.C.’s and our school are facing so many problems from the outside, we’re still dealing with these distractions from the inside.”