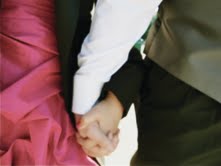 It started with a simple Facebook status (doesn’t it always?). A friend of mine posed the question “Do men like independent women?” I was the first to say “Very much so,” but I quickly found myself in the minority. Despite a few other guys agreeing with me, the overwhelming consensus was a resounding “No.” Interestingly, it was nearly entirely women who voiced this opinion for us males.

Based on my experiences, women tend to think that men are intimidated by someone who is non-submissive, straightforward and fits various other adjectives that are not compatible with traditional gender roles. While some men can be off put by the overly aggressive type, women should be not afraid to assert their independence.

Although the stigma behind the term “independent” may just be a matter of semantics, there are quite a few qualities of such a woman that men value.

First, an independent woman has her own life and her own routine.

A woman in a relationship should have more priorities than just her boyfriend. This could be work, school, a social life – anything that allows her to be her own person and have a life away from her boyfriend. This is important not just because it gives the guy more time to be with his friends (though it helps), but because it allows both parties to focus and give all their attention to each other when they do spend time with one another.

For example, my girlfriend and I attend different universities and we both did this on purpose. It may seem counter-intuitive to want to be apart from one another, but the reasoning is that we need to keep certain aspects of our life separate. Men tend to operate more on this principle than women do, but it does make sense. When you keep your worlds separate, you can give each one the focus and attention it deserves.

Next, an independent woman is her own person.

This may sound similar to the first point, but it functions differently. Such a trait is displayed more when you first meet a person but is applicable in a long-term relationship. Being your own person means being willing to stand up for yourself and have your own opinions. I often hear from female friends they may not enjoy or agree with certain things a boyfriend or potential suitor says, but they refuse to say anything because they don’t want to offend him and risk “scaring him away.”

I will be the first to say that I love it when my girlfriend challenges me on topics we both care about. This does not mean she is contrary just for the sake of doing so, rather, it means she’s comfortable with voicing her own opinion.

This extends to more than just conversation.

Being independent means that a woman will not do something just because she thinks it will “make him happy” or that she fears doing something out of what her partner will think. Men may not always agree with something a woman does, just as a woman may not always agree with what we do. The point is that someone who is their own person is more interesting. They engage and challenge us in a multitude of ways.

Men enjoy this because it keeps us from losing interest. Someone who can make their own decisions makes and allows her partner to do so as well, which makes for a much more fulfilling relationship.

Lastly, an independent woman is strong and secure.

This is fairly obvious but men really do value this quality. Of course, there are men with different preferences. Some do like submissive women, they still want her to be secure in herself and in the relationship.

As I stated before, I can only speak from my own perspective as a heterosexual male but I hope some of these principles are useful. Whether you are meeting someone new or are in two-year relationship like myself, there is always something to be learned.