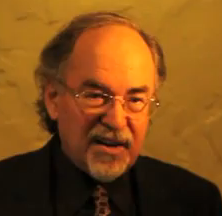 Students, faculty and local community members gathered in Isla Vista Theater 1 on May 26 to hear David Horowitz’s presentation titled “Infantile Disorders at UCSB: Why the Muslim Students Association is Afraid of David Horowitz.”

With the University of California Santa Barbara Associated Students providing $800 in funding for security, UCPD, IV Foot Patrol and CSO, officers had a significant presence throughout the event. However, Horowitz felt that such a presence prior to his presentation commented negatively on UCSB’s ability to host a speaker with views opposing the “left-wing faculty” of the university.

“This is a university campus. I’m 72 years old and I’m some big threat?” said Horowitz. “It’s people who are threatening me. Why? Because I’m a conservative.”

Some audience members came to the event in order to experience for themselves Horowitz’s public politics and assertions.

“I’ve watched some of his stuff online, and the things he says are just not logical,” said Evan Ponec, a first-year philosophy and religious studies major at UCSB. “So I’m just here to experience that.”

Others came to the event with an “open mind”; ready to hear ideas they may or may not disagree with.

“I’ve been aware of him before this and was concerned about racism against Muslim people, which he sponsors,” stated Barbara Taylor, a Goleta resident. “So I just want to hear what he has to say.”

Horowitz also stated to the press prior to his presentation that the UCSB administration and student government supported the suppression of free speech, while AS had acted “illegally” against Horowitz in refusing to fund the entire event.

“Where are the adults on campus? Why aren’t they teaching students how to behave in a democracy?” asked Horowitz.

After third-year political science major and President of College Republicans at UCSB Steven Begakis introduced Horowitz with a brief bio, the American national anthem was sung and Horowitz proceeded onto the stage amidst applause.

Beginning with a discussion on free speech, Horowitz explained to the audience how difficult it was to represent different political views with a “one-sided newspaper” and “one-sided government” at UCSB. Horowitz also urged students to defend their First Amendment right to free speech, which he believed was denied by AS Legislative Council in it’s “witch-hunt” against him.

“When there’s a fundamental disagreement, people should be able to hear both sides and make up their minds,” added Horowitz. “You can’t get a good education if they only tell you half the story.”

Horowitz went on to state that when Hamas, an Islamic Palestinian political party concerned with governing in the Gaza Strip, speaks, all Muslims speak. Horowitz also believed that the National Muslim Student Association followed Hamas’ teachings on what he considered to be the eradication of the state of Israel and all Jewish people.

“When I spoke here three years ago, there were 30 members of the Muslim Student Association who came to heckle me,” recalled Horowitz. “I asked them would you condemn Hamas as a terrorist organization? And not one of them did.”

“You can’t build goodwill among people that hate you for religious reasons,” concluded Horowitz. “They hate you for who you are and there’s nothing you can do about it.”

Horowitz concluded his presentation with the notion that America today is engaged in a war on free speech. Furthermore, Horowitz asserted that the Middle East is not seeing the blossoming of freedom, but rather the growth of Islamic terrorism.

During the Q & A portion of the event, former Legislative Council member Amanda Berry, a second-year biology major, addressed Horowitz’s assertions about the controversy surrounding AS funding of this event.

A few other students engaged Horowitz in a wide array of questions, ranging from why he’s never visited Israel personally to his ideas surrounding the Palestinian cause. One student believed that when talking about other countries, it’s important for the speaker to have actually visited them in order to fully understand them.

“Einstein was never inside the atom and he seemed to understand it,” replied Horowitz.

Once the event closed, many students went outside IV Theater 1 to further discuss the ideas put forth by Horowitz. Elizabeth Hartshorne, a second-year history of public policy major, thought that Horowitz’s communication style was difficult to understand.

“He’s almost an extremist on the issue, so his points a lot of them are obviously controversial,” Hartshorne said. “You have to go through and figure out what is he actually trying to say.”

“To make his arguments stronger he needs to work on his rebuttals,” Lopez said.

Jeremy Ely, a fourth-year economics and accounting major, thought the event was better than he expected.

“I think it was made into a bigger deal then it really was,” Ely said. “People described him as an old devil guy, I think he was honest and brave and pretty objective, though he needs to be better with letting people express themselves.”