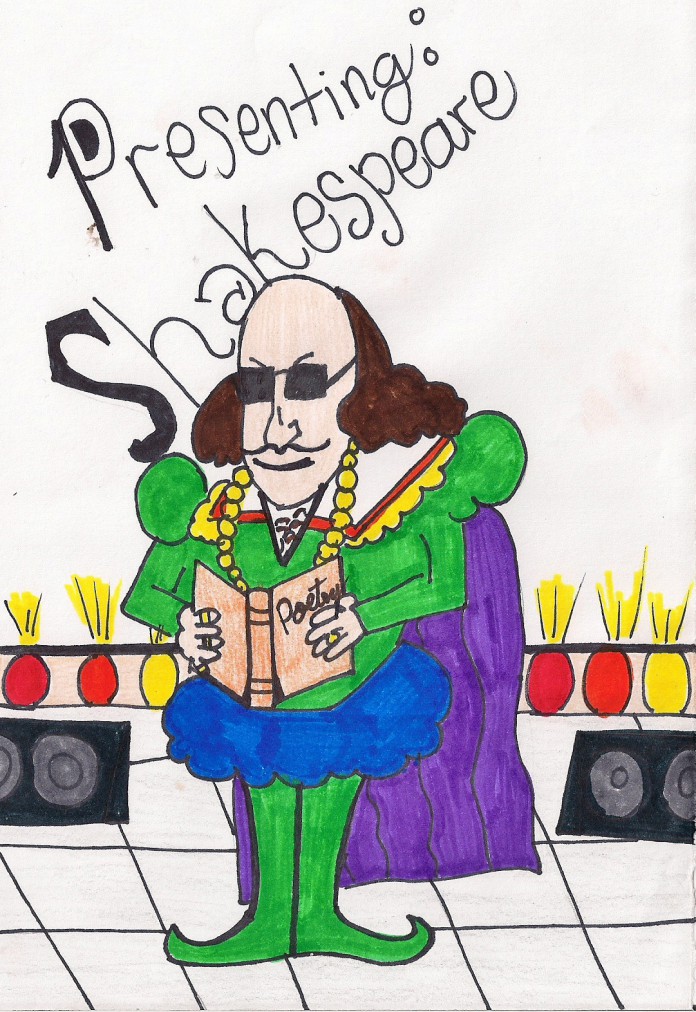 Why don’t we get excited to read classical poetry anymore? In my major, Literature, we are required to take classes on three great English poets: William Shakespeare, John Milton and Geoffrey Chaucer. We all know why these classes are required — because nobody would take them unless they were mandatory. After all, who wants to trudge through dense Shakespearian English and look up words like “buff jerkin” and “coxcomb”? Who would ever crack open the snooze-fest that is Paradise Lost and why would anyone want to read poetry written by a guy who lived and died 600 years ago? Well I would, and I’m sure many of you would too, but let’s be honest — by no means are these great poets considered “exciting” anymore. To most students they don’t even register as socially relevant simply because they are old. Why read poetry at all when you can just go to a Spoken Word show?

Ah, yes, Spoken Word, the new kid on the block. Also known as Poetry 2.0, Spoken Word is taking the world by storm one urban beatnik café at a time. It’s loud, edgy, emotional and undeniably entertaining – but is it removing us from the roots of classic poetry? After all, Spoken Word is all over the map when it comes to form. Some poems are completely free of rhyme, while others are so rhythmic that they sound more like rap. Although poetry was indeed born though the oral tradition with works such as Homer’s Odyssey and the Scandinavian sagas, these ancient poems were written very formally. They were sophisticated and orderly, and they relied heavily on rhyme and meter. Is it really more captivating to listen to someone perform a poem rather than simply read it?

“Did the book kill poetry? It’s an interesting question. The book changed what we perceived to be ‘good’ poetry for many years,” said Spoken Word artist Beau Sia, who has been featured on Def Poetry Jam and Slam Nation. “Spoken Word is the return to the oral tradition. Written and spoken texts are creating a new type of poetry that will be stronger than both separately.”

Maybe the language of the classics is too difficult for us. In my opinion, that’s a shoddy excuse which supports the notion that human intellect is disintegrating with each new generation. Shakespeare is not “difficult” and Milton is not “dense”— readers these days are just plain lazy. As we move into a more digitized society, the amount of technology-induced ADD is on the rise. We don’t sit still and read anymore because it just doesn’t hold our attention. We need everything to be explained to us, we don’t want to analyze a difficult phrase or tricky paragraph, and heaven forbid we use our brains for once. We need to be constantly entertained, we cannot be quiet, and we are as fickle and as fidgety as children. This, my friends, is the great travesty of the age.

“We’re just too dumb,” laments UC Santa Barbara third-year Literature major Tiffany Fulwood. “If they taught us to value classic poetry earlier in life then maybe we would still appreciate it. We are in a visual era now; we like colors and noise.”

Sia believes the differences in the language may be responsible for classical poetry’s waning popularity.

“With classical poetry, you are asking children to connect to language that is very unfamiliar to them. Our language has evolved so much in the last 100 years that children asked to read something from the 1920’s may have difficulty,” he said. “The education system doesn’t have enough time to teach children how to articulate beyond answering multiple choice questions.”

In almost all of my poetry classes, I am the only one who writes in verse or attempts to rhyme. At the same time, I am constantly discouraged from writing in verse and rhyming. I have been told that writing in pentameter is “limiting” and that rhyming is “juvenile.” Free Verse is all the rage these days. I cannot deny that I have an aversion to Free Verse because I find most of it to be exceedingly lazy and unpolished. It seems anything can be a poem and anyone can be a poet these days. There’s no effort required anymore; anything goes, and I think that demeans the entire poetic process. Whatever happened to odes, ballads, sonnets, sestinas, and villanelles? They are not lazy; they require an acute ear, a sharp command of the English language and most importantly, patience. They are hard to write and even harder to master – and that is exactly why they need to be revived and celebrated in these modern times.