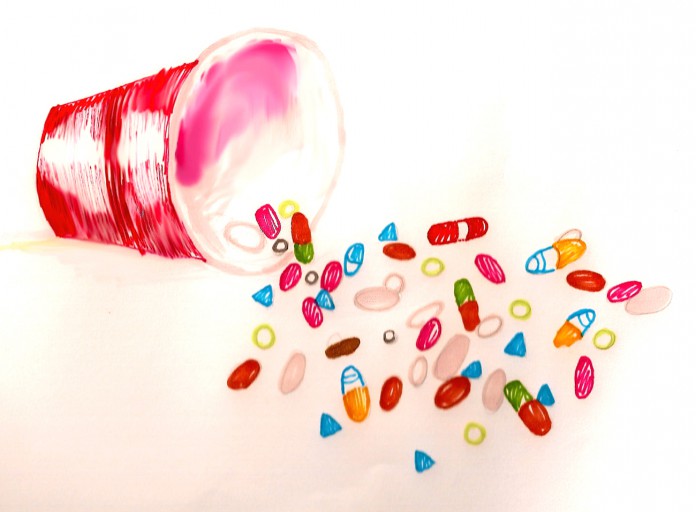 There is a continuous amount of media hype regarding the use of illegal substances, including narcotics and marijuana. What is not as commonly publicized is the use of legal, over-the-counter substances to produce a similar euphoric high, which can often times be even more detrimental to one?s health than illegal substances. Here?s a list of a few legal drug trends that have been known to cause some nasty side effects and potentially dangerous health implications:

1. Cough medication, like Vicks and Robitussin
Most cough medications contain dextromethorphan (DXM), which is a cough suppressant that temporarily relieves cough symptoms triggered by a cold or flu. DXM is also happens to be a hallucinogenic that is used as a common means of getting high. According to PubMed Health, overdosing on DXM can lead to nausea, difficulties in breathing, seizures and permanent brain damage. DXM should, thus, be used appropriately and carefully in order to avoid any long-lasting or severe health problems.

2. Nutmeg
A common spice used in baking, nutmeg has also been used for its hallucinogenic effects and its ability to create a high. When used in great quantity, nutmeg has the potential of leading to sudden sniffing death syndrome, which is often the result of cardiac arrest following an overdose. Nutmeg is a great cooking ingredient, but should not be used in great quantities in order to avoid any potentially life-threatening complications.

3. Nitrous oxide from helium balloons
Remember inhaling the gas inside of a helium balloon as a kid in order to make your voice sound more high-pitched or squeaky? Well, the nitrous oxide you were probably inhaling doesn?t just have the potential of making your voice squeaky. TeenHealth FX, an online website designed to provide information regarding drug use to young adults, states that nitrous oxide can damage air passageways, lead to heart arrest and potentially cause unconsciousness, followed shortly after by death.

4. Bath Salts
Need a nice, relaxing bath after a long day of classes? Opt for the relaxing bath minus the bath salts. Some bath salts contain mephedrone and methylenedioxypyrovalerone, which are two chemical stimulants that act as psychoactive drugs. These stimulants, in turn, cause bath salts to produce a euphoric high for users. According to Dr. Nora D. Volkow, director of the National Institute of Drug Abuse, bath salts containing mephedrone and methylenedioxypyrovaleronecan can lead to “chest pains, increased blood pressure, increased heart rate, agitation, hallucinations, extreme paranoia, and delusions.” Law officials have already removed the so-called “bath salts” from the market in attempt to halt the sale of the drugs and prevent further ER hospitalizations.