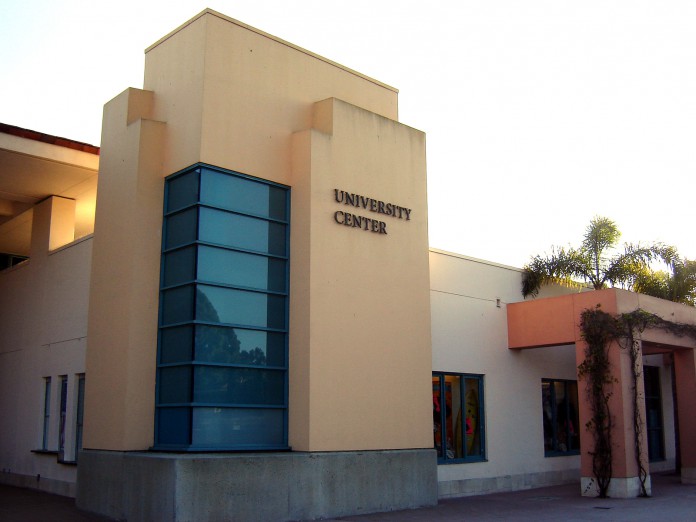 University of California, Santa Barbara students, faculty, and staff gathered for a sit-in at the University Center to protest pending increases in future student tuition on Tuesday, April 12.

The UC system is currently facing a $1 billion budget cut.

Members of the UCSB community were invited to a group discussion and awareness campaign in order to become more informed about the current UC budget crisis through a Facebook event created by UCSB Coalition. The sit-in was part of the April 11-15 National Week of Action.  It was designed as an emergency discussion and organizing space for those effected by UC budget cuts.

“It’s definitely a different event then the rally held last Monday,” said Alfredo Del Cid, a fourth-year Sociology undergraduate at UCSB. “It’s more about having a place for open dialogue about what’s going on with tuition at UCSB.”

During the sit-in, participants vocalized their concerns and fears about what an increase in tuition and decrease in state funding could mean for currently enrolled students.

“I just want to go to school, I just want to learn,” stated first-year Sociology major Norma Orzco. “I don’t want to have to worry about money all the time, especially since education is a right not a privilege.”

“Without the passage of the DREAM Act, students like me are dropping out left and right,” said the undocumented student, who wished to remain anonymous.

Quinn Nguyen, a fourth-year Political Science and Global Studies undergrad at UCSB, expressed her concern about how the current generation of college students are viewed by many as “apathetic” and “unmoving.”

“I am upset that we go to school with 20,000 people and only 200 show up, it’s incredible,” remarked Nguyen. “I’m tired of people telling me my generation doesn’t move, doesn’t care. Higher education is under attack and it’s really amazing that you’re all here disrupting business as usual.”

With UC tuition rising more than 40 percent in the last two years, and financial aid such as Pell Grants facing cuts in state budget proposals, students attending UC schools may find it more difficult than ever to obtain a public college education.