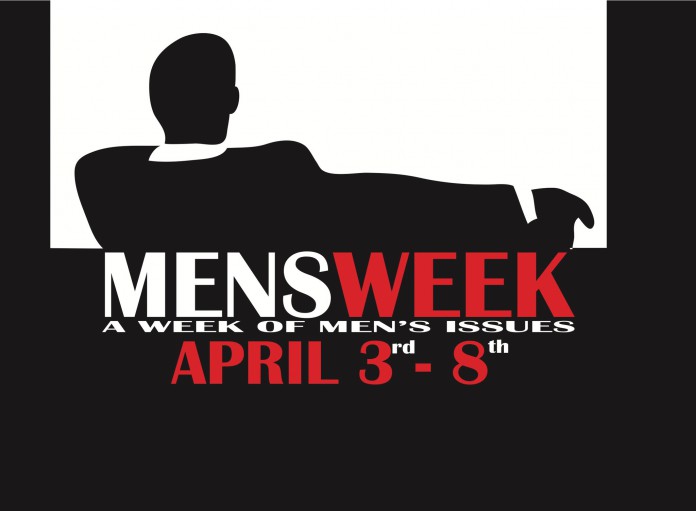 UCSB received a large dose of testosterone last week when the first Men’s Week swept the campus, bringing to light issues about men that are often overlooked and eliciting both praise and criticism for its focus on topics related to men.

The week-long event, sponsored by the UC Santa Barbara Resident Halls Association, aimed to address the lack of spaces for men at UCSB to openly talk about their insecurities and concerns regarding widely accepted stereotypes, stigmas and societal expectations. The original idea was conceived by Jordan Killehew, Assistant Resident Director of Santa Catalina’s North Tower.

“Our intention with the week was not to promote male privilege, but to recognize that there are issues that face men that are often swept under the rug,” Brady Forrest, one of the primary coordinators of the event, said.

Coordinators of the event organized it so that each day of the week acknowledged different aspects of male issues, covering physical, emotional and societal topics relating to men.

“We opened the week with a general program about stereotypes that men face, moved to body image, and in the middle of the week the programming turned to sex and the culture of IV,” Forrest said. “We ended the week with a program that worked to break down stereotypes that those in the queer community face. In addition to the programs, we put up boards in each of the residence hall areas and at the UCen [University Center] with the hope that it could be a space for people to express their feelings on a couple of topics we posted.”

In addition to the phallic boards that were erected in front of the residence halls, other facets of the week included a showing of the “Cock Tales” (the male version of the well-known “Vagina Monologues” that debuted at UCSB recently), a talk by sociology professors John and Janice Baldwin titled “The Person Behind the Penis” that primarily discussed the sexual aspect of male expectations, and an event called “Guess Who’s Gay?” that dealt with homosexuality.

Forrest said the event received good reception overall from those who participated in and were aware of the Men’s Week.

“I do consider it a success, because it started a dialogue on our campus about some of the issues that men face,” he said. “While I do believe that there are some aspects that could definitely be improved, the overall week accomplished some of the goals. We have received some positive feedback and there are some who question the necessity of such a week.”

Lupe Rodriguez, a fourth-year UCSB Psychology major, said that the week was a good way to recognize issues that are not typically taken into consideration.

“I had really mixed feelings about it [Men’s Week] because I’m a man, but at the same time it’s a week for a more majority population. Having just taken a psychology course on intergroup relations, it brought up a lot of interesting ideas on how people treat not just minority, but majority groups as well,” he said. “I think that there are a lot of men’s issues that aren’t faced, but because of the norms of being male combined with being more of a majority group, these issues are overlooked—even by a lot of men. It’s probably a lot easier to get a more passionate response for ‘What does it mean to be a woman?’ than ‘What does it mean to be a man?’”

But the implementation of Men’s Week also evoked criticism and sparked discussion about the fairness of allowing an entire week to be dedicated to men. The A.S. Womyn’s Commission, a group on campus whose mission is to advocate and represent “womyn’s” rights, is one of the critics of Men’s Week. Members of the Commission believe that the event needs to be more inclusive.

“We do not want to retaliate, but rather really open a discussion with the folks who planned this event. They had the best intentions at mind but really did not see the issues they were not addressing,” Elysse Madarang, the Co-Chair of the Womyn’s Commission, said. “We are in talks of working a possible event or statement. We do not want to penalize them for Men’s Week, but really make them aware of how they could improve their event and really be conscious of issues individuals face.”

Those issues, Madarang said, include issues about women and those who identify as homosexual.

“We would like them to really consider why we are bringing these issues up to them and how important it is to talk to those who are historically marginalized, including women and those who identify as queer,” she said.

“The boards, oh those boards. It is irresponsible to leave boards like that unsupervised!” she said in regard to the white boards displayed in front of the residence halls that asked passersby to answer questions such as, “How does a man treat a woman?”

Many people wrote responses like “Treat her like a queen” or “treat her with respect,” and others wrote responses such as “Make me a sandwich,” “Like my bitch,” and comments unrelated to the topic, such as “I’m really high.”

“What happened is a hate crime against more than half the people on this campus,” Agazaryan said. “It’s outrageous and unjust. Being upset is an understatement.”

“I just thought it was so immature. They’re [guys] just adding to the stereotypical way they’re looked at,” she said. “It’s a serious question, and you’re taking it in an immature way.”

“Diversity and Awareness weeks such as Men’s Week should be more prevalent on our campus. Programs that focus on men’s issues are important but I believe that there are also other groups who deserve our support and attention,” he said. “While Men’s Week was very important, there are other groups that need to have the spotlight put on them and the issues they face on our campus.”