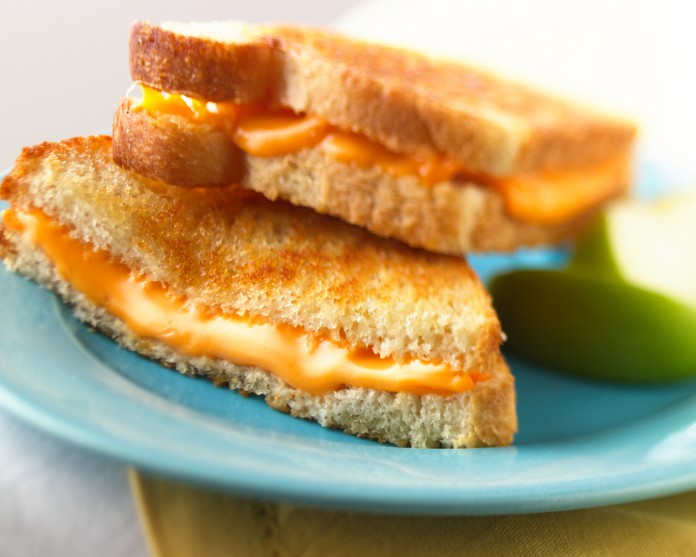 It all started six years ago at Texas University without any regulations—just warm bread and melted cheddar cheese; but now it has spiraled into a youth movement looking to eradicate world hunger in our lifetime. The non-profit organization raises money, donates 100 percent of proceeds to different partners, and helps with educating students about the issues affecting the current generation.

With the help of inspired individuals, a George Foreman grill, and hungry students roaming Isla Vista’s Del Playa Drive late on Friday nights, Feel Good decided to expand to UCSB, where the chapter has grown in size and popularity this past school year. The club meets weekly to brainstorm and actively organize how to meet their annual goal of $1,500 that will be directly donated to their partner charity, Choice Humanitarian.

The small and unofficial chapter in Santa Barbara was significantly changed after two housemates, Katy Stover and club President Shelly Lurie, attended the Feel Good Summer Camp in 2010 held in Santa Cruz. Both students are third-year communication majors at UCSB. The pair congregated with students involved throughout the nation to learn how they could do their part to change the world.

“We learned about what a great organization it is and made more of a personal connection,” said Lurie. “We were able to meet with the partners and see where our money is going and who it helps.”

Because all of the money raised goes directly to the partners, the Feel Good founder suggests each campus pick one group to collaborate with. Initial meetings revolved around this selection process and after assessing each partnership individually, UCSB students collectively chose Choice Humanitarian.

“It is the most recent addition to the list of charities, so there aren’t as many chapters donating to them yet,” said Lurie. “We really wanted to help them jump start and build.”
And to reach their donation goals, Feel Good plans events, such as running an Isla Vista “deli” on Del Playa Dr. to ‘end world hunger one grilled cheese at a time.’ The club has set up tables twice on Friday nights with donated bread, butter and cheese and sold munchies to IV wanderers.

Some members crack jokes over a microphone while others stand in the street with a sandwich in hand to entice people to contribute to the cause. With each purchase, Feel Good lets people know where their money is going and that they have the ability to make a change.
“We’re trying to make people feel good,” said Lurie. “We change the dialogue about how to view world hunger and ideally want to show people it’s not out of our reach to eradicate it.”
The success of such demonstrations is evident with $800 raised toward their total goal. The 30 active members have grown not only an organization, but as a family unit as well, members say.

“I’ve met a bunch of great people through Feel Good and knowing that I’m changing someone’s life somewhere is incredibly rewarding,” said third-year UCSB Psychology major Abbey Bowen. “Being a part of the club I get to see firsthand that the money we raise is making a difference in the world.”

UCSB students have been responsive to Feel Good’s efforts so far.

“There is nothing better when walking through Isla Vista to a friend’s house on a Friday night than stopping at Feel Good for a grilled cheese sandwich,” said UCSB third-year Political Science major Lily Rau. “It was the best two dollars I’ve ever spent.”

To learn more about this organization, visit Feelgoodworld.org or come by the second-floor conference room of the Student Resource Building Tuesdays at 8 p.m.