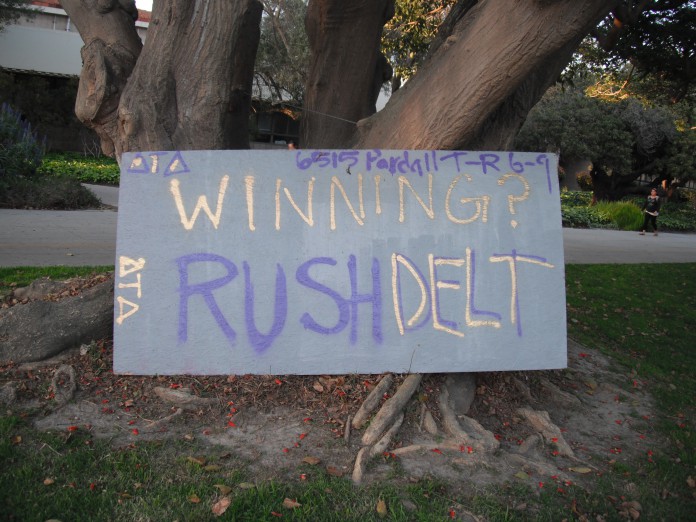 Take a second, if you will, to just think about how far we have come as humans. In a big hole in Switzerland, we can accelerate a particle to such speeds that when it hits another particle, we create the same environment as just seconds after the big bang. Or, we can witness an actor become detached from all reality on a TV interview and within days have a stream of viral videos, pictures and catch phrases for one and all to enjoy.

I am talking, of course, about Charlie Sheen.

How many times have you heard someone refer to “tiger blood”, or even the phrase “winning” in the last couple of weeks? A friend of mine even recently said he was going to “get Sheen-faced” on the upcoming weekend. It seems any act of good fortune or debauchery can now be referred to in terms of the former Two and a Half Men star. I was in Vegas this previous weekend watching a lone man play craps. Adorning his arm was a “Team Sheen” wrist band. This guy was betting big and, in actuality, winning. I cannot, however, vouch for the origin of his blood. Sheen, it appears, has become a figure-head for the legions of hedonistic souls that occupy this and every other continent.

So if you managed to miss what happened here is a quick breakdown. The thread that is Charlie Sheen’s public image started to really unravel when he was taken to hospital in January of this year, subsequently attending rehab for substance addiction, and thus putting Two and a Half Men on hiatus. After the brief rehab stint, Sheen decided it would be best to publicly denounce the show’s producer and demand a pay rise. Unsurprisingly, Sheen was dropped and the show cancelled.

This was merely Sheen dipping his toe into the vast ocean of surreal as over the next week nuggets of viral delight spewed forth from his mouth in heavily publicized interviews on ABC and NBC.

Within 48 hours of ABC’s interview with Sheen being uploaded to Youtube, it gained one million hits. When a news story gains such popularity, there is one time-tested, unavoidable consequence; musical parodies. Ephixa came out with Charlie Sheen dub-step, and the parody factory created “Bi-winning”.

Then the big dogs strolled through the door.

The Gregory Brothers, the quartet responsible for “Auto-Tune the News” and, lest we forget, the infamous Antoine Dodson remix, weighed in with “Winning – a song by Charlie Sheen”. The latter currently has over 20 million views. Auto-tune was made for two things; making T-Pain money, and musical parodies of the news. This is not to mention the horde of other media that also followed Sheen’s rising popularity. A personal favorite of mine is http://livethesheendream.com/ where you can find many a great quote from the man himself.

One day after the ABC and NBC interviews, Sheen gained a million followers on Twitter-not bad considering the account was set up that same day. The man has permeated every facet of our popular culture; he’s probably bigger now than he ever was.

But this new found resurgence of popularity is not always a good thing.

“I never really thought about him before. My opinion of him has changed though, I feel sad for him,” said Meaghan Lingo, a third-year year Global Studies major at UC Santa Barbara. “It’s the perverse side of American culture; we love to see people self-destruct.”

This is certainly true, as the world positively revelled in sheer delight when Tom Cruise jumped up and down on a sofa on Oprah a few years back, never mind his claiming to, and I quote, “[have a brain] that is not from this particular terrestrial realm.” So have fun with it, go on all the soundboards, watch every Youtube video, try and sneak a cheeky Sheen quote into your midterm. He doesn’t care, come on bro, he’s got tiger’s blood.