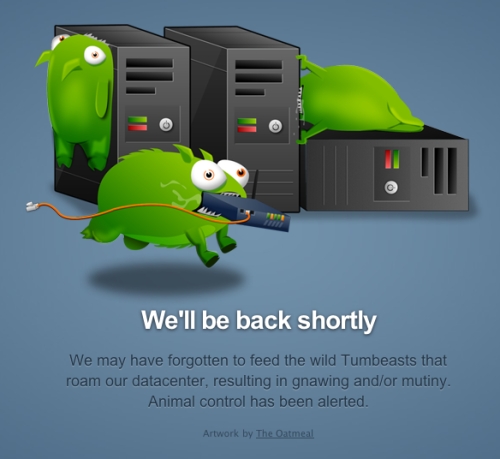 Oh, the digital age. An era where blogs are the new way to wear one’s heart on their sleeve, people become famous off of food and fashion blogs and everyone thinks having a blog makes them a journalist.

The word “blog” is the child of the words “web” and “log,” and is usually an interactive type or part of a website where people can post commentary, graphics, video and really whatever the user wants. It is basically an online journal with subjects ranging from miscellaneous to food, fashion, sports, politics, cars – the possibilities are virtually endless.

“I like the versatility of blogs,” Jillian Watson, a third-year Film and Media Studies and Communication major said. “People use them for introspecting and reflecting on their daily lives, responding with their opinions to world events, sharing new music they’ve discovered, and posting cool art and media they’ve either made themselves or think everyone should know about.”

For many, this love affair began with a Xanga or LiveJournal-some of the earliest mainstream blogs. Blogs have come a long way over the years and now allow users to customize their pages with logos, photos, background themes and links as well as receive feedback.

One of the newest and most popular additions to the blog family is Tumblr, which was introduced to the scene in 2007. Today it boasts an impressive 16 million blogs and over 4 billion posts.

John Leach, a third-year Linguistics major, said the appeal of having a Tumblr for him is being able to let people know what is going on in his life and having a creative outlet for random thoughts as well as the ease of use.

“I enjoy the interface and the layout in general. It’s easy to do and it lets you personalize it to your imagination,” Leach said.

What makes Tumblr stand apart from other blogging sites, however, is the opportunity to reblog/repost other bloggers’ content and to “like” posts. While some may feel that the reblog feature is lazy and kind of like plagiarism since it isn’t one’s original thought, other users see it as an enhancement to the site.

“I think it’s pretty neat that people can reblog other people’s posts since it shows that you share the same thoughts or interests while at the same time still giving the original blogger credit for their idea,” Watson said.

Reblogging gives credit to the original creator with a tag and also allows the new commentator to add in any comments of their own.

While blogs often receive a great deal of criticism for breeding people who write informally and ungrammatically as well as for allowing individuals to think everything and anything they say is noteworthy, for most it is just a cathartic way to express oneself and often times can lead to more serious writing.

“I usually just blog about my life and I hope to one day have the discipline to have informative and interesting posts about language topics, or even little creative stories,” Leach said.

For Watson, it is all about sharing and learning about things that give the reader insight into her hobbies and interests.

“I like to blog about music, art or quotes that strike me as interesting and that other people might also appreciate or enjoy,” she said. “It’s just a neat way to compile the cool things I discover on the Internet onto a page and share them.”

Although I am not an avid Tumblr user, it is nice to be able to keep in touch with friends in a deeper, more personal way than Facebook or Twitter allow. Because one can control who “follows” them on Tumblr, there is a higher level of comfort with posting more personal, deep topics because most of the time our followers are a smaller, closer group of friends. I’ve also failed way too many times at keeping a diary because of the effort writing for long periods of time takes; with an online blog, the keyboard is faster and not as grueling to use.

I also love the fact that I can accompany a post with a link to a song that captures exactly how I am feeling, or post a photo of something that inspired me that day. These graphics add to the text and create a more packaged and entertaining blog.

Without a doubt, new blogs will continue to pop up and gain prominence and our Tumblr posts will be things we look back on and groan, “I actually wrote that?” But in a world where writing is a dreaded task for many and good writing is scarce, blogs like Tumblr could be the encouragement and practice people need.