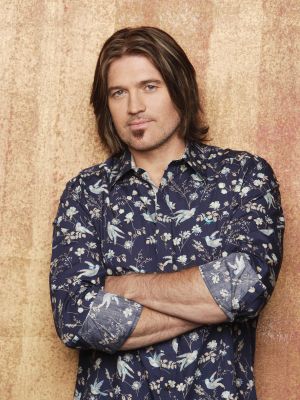 With spring just around the corner, many people are beginning to think about trading their old, worn out hair for a new, fresh style. We look to magazines and celebrities to tell us what the trends are and to give us ideas about what would look good. However, we tend to overlook one minor detail: celebrities make mistakes too. For decades, celebrities have suffered the cruel, relentless slaughter of the paparazzi and style critics because of bad hair. So before you sit down in the stylist’s chair, here are some celebrities you don’t want to take style tips from, unless you want to be publically humiliated and socially isolated. Melanie Brown (Mel B.): I now understand why Scary Spice earned her name. She served quite the thrill in 2010 when she shaved half of her head bald. While the front and right side contain full, luscious locks, the left side is pure skin. I don’t think it’s a good idea to look like a creature from Star Trek. You don’t want to look like you’re coming from the great beyond when you walk out of the salon. Heads should turn because you look beautiful, not because you look crazy. And no, do not ask me if I want to touch it (shudder). Billy Ray Cyrus: Being on the Disney channel show Hannah Montana is pretty challenging. How, as a 46-year-old male, are you going to appeal to 12-year-old girls everywhere especially when your daughter is mega star Miley Cyrus? Someone should tell him that having the hairstyle of one of those girls won’t do it. Fellas, this is one kind of length you do not want to have. You should avoid competing with women as to who has the longest, softest, and prettiest hair. Nor should you be able to whip your hair better than the ladies. These kinds of competitions are those you should not aspire to win. Though Billy Ray Cyrus has come a long way from the mullet, this style is enough to achy breaky anyone’s heart. So keep it classy, and aspire for shorter locks that don’t take an hour to style. Amy Winehouse: Accompanying this singer’s retro-sounding music is a modification of the 1960’s beehive, known to us as “the poof.” But while her music has achieved widespread success, this hair doesn’t. I know fashion can be pretty bizarre in taste, but I will be shocked when having a tumor atop your head becomes the trend. With Jersey Shore’s Snooki becoming a popular case of “the poof,” the epidemic is spreading when the cure is to simply say no. Perhaps I’m more concerned about what could be hiding in Winehouse’s beehive. This mysterious dome makes perfect living conditions for birds or mice. No one wants these small animals along for the party, so don’t become a packaged deal. Pete Wentz: Looks like this Fall Out Boy bassist had a falling out with the scissors. The three main problems I have with this hair are its messiness, stringiness, and damaged appearance. Combined, it produces the illusion of a pile of debris waiting for the garbage can. Men, there are ways to combat this. We are now in a day where it’s better to have clean, crisp hair. Avoid excess product and styling; time saved on hairstyling can be spent on a whole plethora of more productive tasks. Moreover, avoid these shaggy, messy styles that beg for a haircut, unless you want to wake up one morning to discover your hair cut off. When your style god is Tarzan, you won’t be king of the jungle in IV.