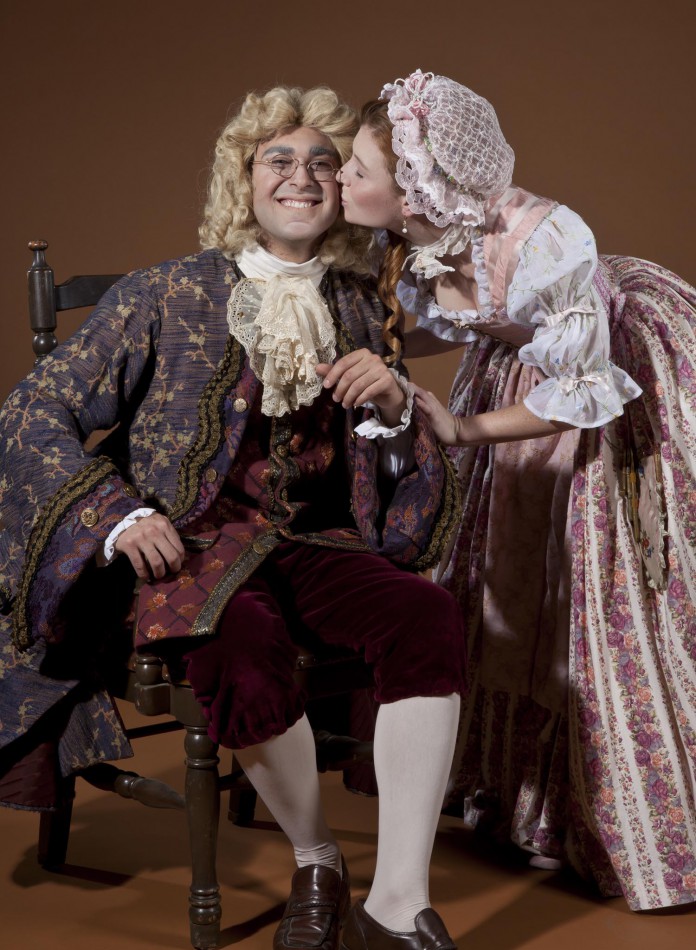 Having read the play and seen a short preview of the first scene in my English 10 class, I was very excited to see She Stoops to Conquer come to life in UC Santa Barbara’s Hatlen Theater. The play, which is running from February 25 to March 5, was first staged in 1773 in London but still intrigues audiences today at UCSB.

Simon Williams, director of the show as well as UCSB professor and chair of the Department of Theater and Dance, says that even though the play was written a long time ago, he wanted to put it on for several reasons.

“It is one of my favorite plays. I wanted to make it funnier than any other production I’ve seen of it because it is never as funny as when I read it,” said Williams. “It is also a wonderful play for actors because the characters are well-rounded and can be interpreted differently.”

The play was, in fact, as comical as Williams said it would be. The actors did a marvelous job of portraying people who would have lived in the 1700s British countryside. Their English accents made the characters very unique and interesting because each actor was able to make the character his or her own by playing with their voice.

Tarah Pollock, fourth-year BFA Acting major at UCSB who played Kate Hardcastle, is the prime example of an actress interpreting her character.
Because she had to play her role as if she were a proper lady and also a lowly bar maid, she faced the difficulties of making choices in order to distinguish between the two. She overcame the challenge by changing her voice and her actions to differentiate her two characters, which made her performance very effective.
Pollock enjoyed her experience playing one of the leading ladies and described how she related to her character.

“The situations are very similar to modern ones and I think that’s the beauty of the story. It has very similar interactions in regards to the beginning of relationships,” said Pollock.

Pollock was able to connect the play with modern day life. The awkward meeting in which Kate and her potential husband meet is similar to the way in which some new couples interact. The plot itself was filled with much more dramatic irony and absurd situations, which were clearly and hilariously portrayed by the actors’ performances.

UCSB first-year Undeclared student Neha Subu felt as if the situations of the plot were easier to identify with than the characters themselves.

“I was not able to relate much to the characters but I think it does reflect how people behave sometimes. Specifically, I think that people have an easier time talking to people that ‘matter less.’ Different rankings call for different social perceptions and I think it was cool the play showed this through comedy,” said Subu.

The show proved that even plays written in the 18th century can be relevant and fascinating 238 years later. The modern set design including a fake fireplace and house walls which descended form the ceiling and elaborate costumes including long, puffy dresses for the women and tights and coats for the men made the play more realistic and believable..

As a Tattoo Heals, Women Do As Well

The Tiring Tale of Touring Musicians