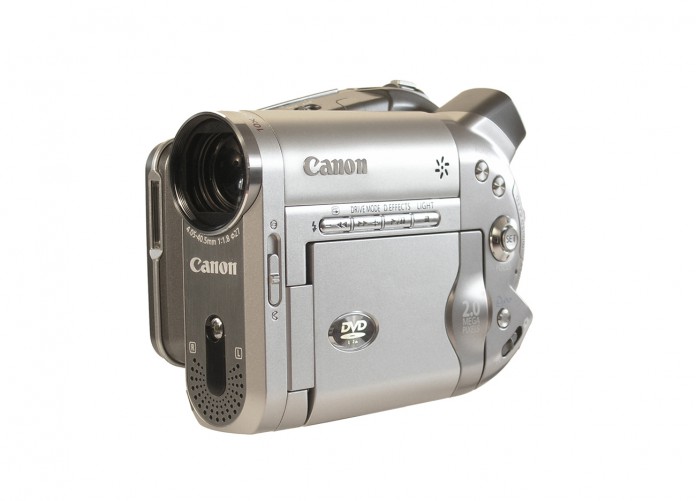 As I walked in, the anxiety of being under dressed made me realize how serious the festival was. For a second, this student-made festival reminded me of what I see at national award shows, like this year’s Oscars. Though many do not take these student affairs seriously, it’s possible these students will be future Oscar winners.

A fourth year Film major at UCSB, who uses the stage name “Fabio”, was the hilarious host of the show. He gave audience members stomach cramps and sore smiles from laughter with jokes ranging from childhood memories to condoms. Fabio also made the point that even though anyone can make a video, we need to give credit to those rare few who circle on brilliance. All the films in the festival captured the art of digital film, even though it is a very young art form.

In Sweetness, an adolescent boy sells fundraising candy to generous customers who are completely unaware their money never goes to the church, baseball teams or inner city kids. Instead, the money earned goes towards the boy’s selfish desires. Many scenes capture these greedy feelings. For instance, at one point the young man revisits an older man he sold candy, and the long holds on mid-shots juxtaposed with the long shots of the old happy man make the viewer seem to be inside his conscious guilt.

The next film in the festival was Smile, a silent film directed by Ryan Turner, written and produced by Greg Ash, composed by Leo Kaliski and starring Greg Ash and Olivia Cadoni.

Smile takes us through the journey of a young man in a long distance relationship. After a long waiting period, his girlfriend returns but the relationship lacks the magic he has been obsessing over. The theme of the story was about smiling after a hard time because, honestly, we all deserve at least that.

Control was directed and written by Chris Witschy, produced by Kasey Lubin, composed by Hunter Buchman and starred Cristine Buccelli and Andy Cowell.

Control is a representation of the twenty-first century mysterious and highly seductive but dangerous woman known as a femme fatale, especially in black and white film noir. The silent film used the cold colors of black and white to highlight how heartless the femme fatale is to her hopeless male victim.

The style was iconic but there was really no story and the editing never made the plot arise to the screen. I found myself jarred by the awkward cuts and at the end of the film, what happens to the male lead is ambiguous.

Monodynamic, directed and produced by Josh Figatner, took more of a documentary film style to highlight a very special individual. The short never actually tells us the talented man’s name, but this anonymous man plays guitar, rides a unicycle and acts like a goat. His persona is uplifting and inspirational to artists trying to make a living from their talents. The film’s use of hand-held cameras and natural lighting complements the non-conformist ideology of the film. The documentary style captured naturally improvised scenes that kept the audience giggling all the way though, such as the scene where the man throws his head back and “baaahhhs” like a goat on a hill side-simply because he feels like it.

The most popular film of the night and winner of Best Picture went to Keepsake, directed by Anthony Kolowski. Kolowski is a third-year Psychology major at UCSB who says that with his films, he wants to put real people in real situations and let them organically grow together or apart.

The silent film used juxtaposed clips from the characters’ lives to evoke nostalgia. Although this film was silent, the film was still able to evoke emotions through the heavily dramatic music. T

he keepsake bracelet that was used as a visual motif was visually bland. Its function in the film was significant because it held many memories, but its visual aesthetic was not of the unique quality that it needed. The actors, on the other hand, captured genuine emotions of joy and sorrow and made the characters come alive.

Angela Chandra, the lead actress, said  Kolowski helped find a person from her own life to mentally substitute with the main actor in order to create more genuine emotions when acting.

Ready…Fight! was directed and written by Ryan Turner, produced by Yasmine Kalami, composed by Andrew Kramer and starred Fernando Andrade and Jake Taylor.

Ready…Fight! was a humorous comedy about an unlucky businessman. Every electronic device on the businessman’s way home from work counts down “3 2 1 FIGHT!” and a fighter draped in a red robe proceeds to “slap-attack” the unfortunate businessman. He then goes through a series of small slap-fights, each more absurd than the previous one. The man finally gets so fed up with his attacker he slaps back, bringing an end to the comical short.

The film featured advanced special effects to create the various countdowns, and the camera angles combined with suspenseful music created a quirky horror-comedy.

The Hidden Coast by director Justin Faerman and producers Justin Faerman, Ricky Echanique and Courtney Walker, is a documentary of Naples (a part of the ocean off Santa Barbara’s coast). The film lent a relaxing atmosphere as marine life experts were interviewed, revealing how Naples is a cross section between Northern California and Southern California’s coastlines and boasts rare combination of marine life.

The film consisted of interview, beautiful shots of the ocean, and of the marine life it holds. The Hidden Coast overlapped a peaceful feeling with the need to save a piece of the earth. The documentary grabbed the audience’s attention through the beautiful shots of the beach, while gently explaining the importance of the lanscapes shown. The film is relatable to UCSB students because Naples is so close to Santa Barbara.

The next film, Goodbye Goose, features a veteran of two tours in the Middle East. Directed and written by Joe Haldeman, produced by Samuel de Castro-Abeger, with composer Jay Bicknell and actors Ryan Sherman, Carey Fox, and Katie Ryan, this heartbreaking film makes Nathan Goose consider what’s most important in life when he receives a letter for another tour before his time in the Marines Reserve is up.

Goose’s anger stems from the thought that this time around, he has everything to lose in the Middle East. Goose had found a girl and a job he enjoyed, but could lose it all during his last tour. The film captures the audience with shots of Goose holding his new girlfriend and showed everything he could lose.

The lighting gives the film great color, making shots both clean and interesting, even when there is only dialogue between characters.

Winning the award for Best Screenplay and starring Garrett Smith, Tarah Pollock, Jangis Marifet, Devyn Howard, and Connor Jacob, Shell-Shocked is a film that brings us into the realm of mystery and abstraction. Written and directed by Mathew Oquendo and produced by Sarah Cho, Shell-Shocked kept the audience guessing.

The main character loses his ability to retain memory after a flirty conversation with a movie theater customer. Each time he is questioned about the experience, he tells a different story about his encounter. His story becomes so disoriented and confusing the audience doesn’t know what is true anymore. The film was done completely in black and white, going from a present day interview with the main character to flashbacks of the story he was telling.

Revenge, by director Joe Wang, producer Jennifer Caprow, writer S. Garrett Stotko, and starring actors Katherine Waskull and Garrett Stotko, showed what happens when a girl is crossed too many times. A girl is relentlessly vexed by a boy and is pushed too far with a violent outcome. Everything from blood to people is given a mind-bending look. The film’s special effects made it more difficult to understand the plot because each shot was disoriented to some respect.

The essential plot line came across but most details were covered up by the disorienting effects. However, the use of these intense effects brought out the anger the film was attempting to convey.

The festival was a great display of UCSB film students’ talents and helped create a respectable film reputation for this school, displaying the hard work of many students.