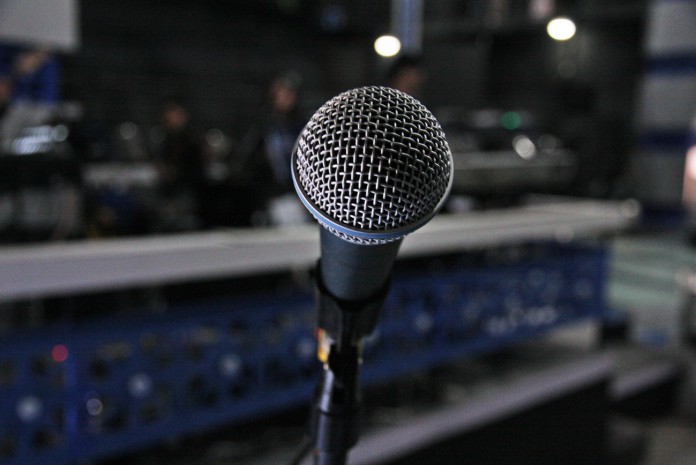 “Smokin’ Words,” a spoken word show comprised of poetry, slapstick, slam, stand-up, and monologue was held March 10 at the MultiCultural Center at UC Santa Barbara. The show was performed and produced by students from UCSB Professor Kip Fulbeck’s Art 137 course, which focused on the professional aspects of the spoken word world.

“Tonight’s performance was written, choreographed, and directed by students,” said Fulbeck at the start of the show. “They worked under a system where they came in and became geniuses.”

The highly-anticipated venue was jam-packed and the show was powerful in many different ways. Each performer brought a different, unique voice to the assembly. Although there wasn’t an underlying theme to the pieces, there was a strange loyalty to the power of voice in the comedic non-sequitor and heart-wrenching descriptions.

The evening’s programme was disguised as a cigarette box with slips of poetry rolled into cigarette shapes; an indication that this evening would have something to hold on to.

“The show was really on us, which was terrifying and exciting,” said Demi Anter, a UCSB first-year CCS Literature Major and one of the performers. “At first I was intimidated by the class, but it ended up being an amazing experience and something I realized I was really into.”

Spoken word is an oral tradition that dates back to Homer, but today we mostly associate it to the Slam scene that emerged from New York City and Los Angeles in the ‘80s. Although it sounds ridiculous to be paid to talk, many people don’t realize they’re engaging in spoken word every day. We are all social actors, reiterating cultural scripts in interesting and irreplaceable ways. What makes spoken word an art form is the focus and passion that artists employ.

“I’d never heard of spoken word until I went to this show, and I was blown away,” said Kia Catina, a UCSB alumni. “I’m going to put my cigarette box memento on my book shelf.”

Art 137 provides students with the opportunity to pursue their own personal narrative through the spoken word medium. Focusing on writing, performing, and marketing, the class pushes students to produce their best work. The final, instead of being an exam or a paper, is to present their work through a spoken word exhibition.

Smokin’ Word was a brain-poking expose of UCSB’s talented student population. These students put a lot of hard work into their performances, and it showed. Look for Art 137 with Kip Fulbeck in the Spring, or seek out his other course, Art 136 Personal Narrative.