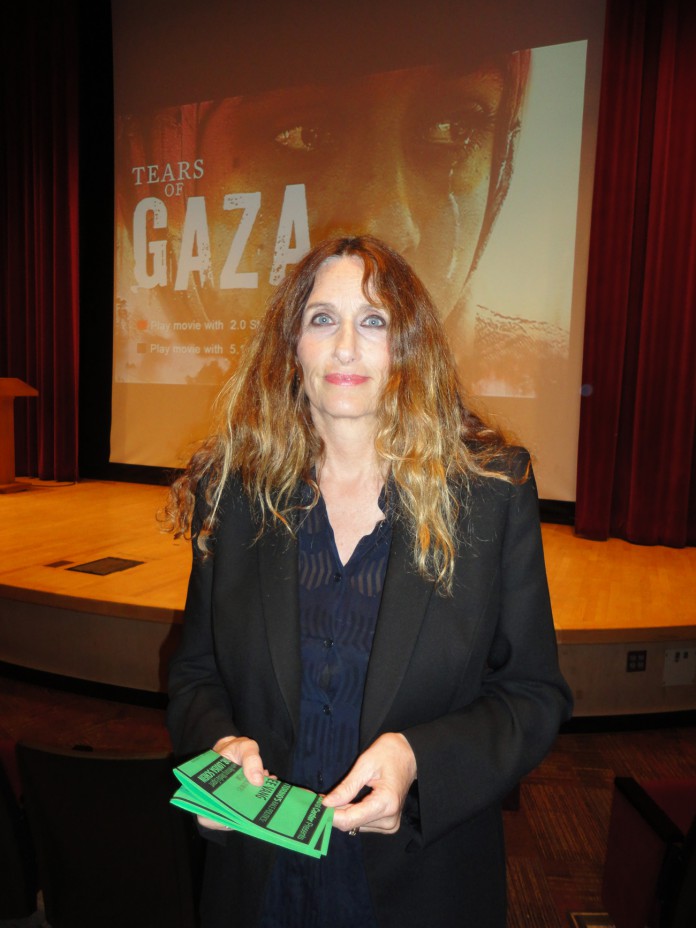 Norwegian Film Director Vibeke Løkkeberg together with her producer husband, Terje Kristiansen, hosted the United States premiere of their documentary film Tears for Gaza at UCSB’s Multicultural Theater on Tuesday, January 18. The film focuses on the lives of three Palestinian children—Yahya, Rasmia, and Amira—and examines how they and their families’ lives had been affected since the 2008 Gaza Strip bombings.

Løkkeberg, whose past films have been featured at film festivals in Berlin, London, and Cannes, chose to present raw footage of the bombings from the standpoint of children.

“Women and children pull you in. [You feel that] it is you and I who will be shot,” she said.

The film, whose main footage was garnered through shots and recordings made by locals in Gaza, began with the three children imparting their desired professions. Løkkeberg then led the audience through the lives of Yahya, Rasmia, and Amira and how they experienced the bombings.

A combination of alarmed gasps and cringes came from the audience once the film’s climax flashed into December 2008. The documentary showed white phosphorous bombs dropping from the sky and smoldering anything they came into contact with during the 22-day bombing of Gaza. Men are shown furiously prying out mangled and bloodied bodies of children from destroyed buildings. Womens’ screams for their children reverberate through the theater.

Løkkeberg ties the scenes of devastation and anguish together by panning to the children in the present-day. With hardened faces—and in Amira’s case, disabled legs—the children again share their dreams. Yahya wants to be a doctor so that he can heal those hurt by the violence. Amira wants to be a lawyer because she wants to bring Israelis who bombed the strip to court.

Løkkeberg and her husband, after the film screening, opened the floor up for dialogue and questions. Unsurprisingly, once questions regarding Israel-Palestine relations and politics entered the discussion, vitriolic comments defending each side started emerging. Over-lapping voices that wanted to be heard were jumbled up with people shouting “Shhh!”

“You cannot justify war in any way. [Through] this film, we want to expose that killing, be it on any side, should not occur,” said Kristiansen in response.

“Lives are equally precious. In this situation, you cannot go back to ‘what Hamas does to Israelis and vice versa’ as a defense. These are people with families, just like us. How can we help them find a solution?” said Haile.
UCSB Communication Professor Walid Afifi also emphasized the importance of viewing others’ perspectives with an open mind.

“The point of this film is to move us to understand the perspectives of those in Gaza, but, [more] importantly, to understand without all the defensiveness,” he said. “We would be much further along in this conflict if we entered dialogue with that mindset.”