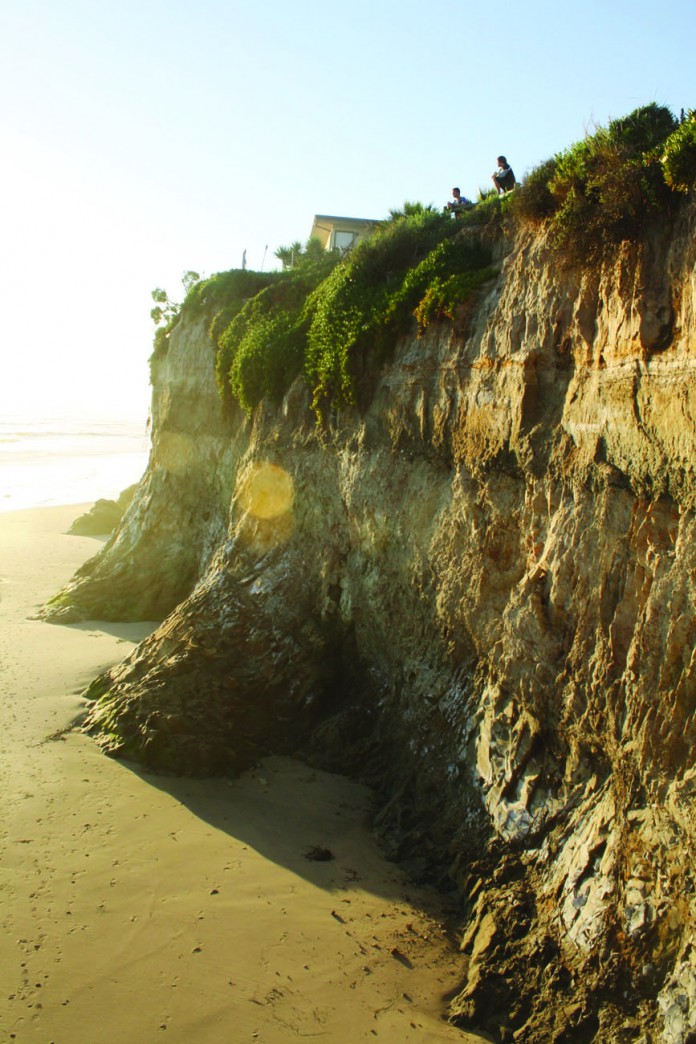 Take a moment and imagine an Isla Vista and Del Playa Drive without its notorious ocean side homes. This may be hard to picture now but it’s very possible that in 50 years, Isla Vista’s ocean side residences will be a thing of the past.

The cliffs are eroding away and while it’s a natural process, erosion is threatening a signature piece to one of the most electric and diverse neighborhoods on the west coast.
Dr. Arthur G. Sylvester, Emeriti Professor of Geological Sciences at UC Santa Barbara, has been tracking and studying the erosion of Isla Vista’s cliffs for over 40 years. His website, entitled “UCSB Beach: 41 years of Waxing and Waning”, provides pictures and data analysis of the erosion since the early 1970s.

According to Sylvester, wave erosion is the leading cause of damage to the cliffs. Sylvester’s research has found that over the past 40 years, the beaches and cliffs below the UCSB campus and in Isla Vista have been eroding at an average rate of .5 to 1 foot per year, depending on the particular location and longitude of the cliffs.

At this rate, a significant portion of our community could be eroded away within our lifetime.

Attempts have been made to slow or curb the rate of erosion. At Campus Point, efforts were made to slow the effects of erosion by placing large rocks and boulders on the beach at the foot of the cliffs. The rocks’ purpose is to absorb the waves’ energy that causes the cliff to erode.

Unfortunately, the rocks and boulders have not significantly slowed down the rate of erosion.

When asked about the future of Del Playa Drive and the homes on Isla Vista’s cliffs Smith said the future looks grim.

“If the wave-cut terrace continues to retreat at the same rate that it has over the last 40 years, the cliffs will eventually erode past the cliff side homes up to the actual street,” he said. “Del Playa could be gone as soon as 100 years from now. And in as early as 20 years, I could imagine homes on Del Playa being condemned as unsafe.”
For anyone who has walked along Isla Vista’s beaches, the effects of erosion are visible.

Ryan Hughes is a 4th year Psychology major at UCSB and lives on the ocean side of Del Playa Drive. His home rests on one of the most eroded cliffs in Isla Vista.

“I took the geography of California course so I am very aware that the cliffs are eroding and will continue to erode,” said Hughes. “I’m not very worried about it, though. I know my house was only built a few years ago so I think it’s safe.”

Indeed, safety has been a major concern for county and school officials, property owners and tenants.

When asked how his company is responding to the physical erosion of their property, Gelb said that in the past, homes have been remolded and moved back closer to the street in response to the erosion, and that all homes on the ocean side will continue to be pushed back when needed.

As Isla Vista continues to have its back pushed up against the wall, literally, physical memories of this paradise could be washed away into the Pacific Ocean.
Enjoy it now, because Isla Vista won’t be here forever. 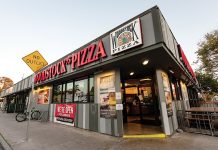