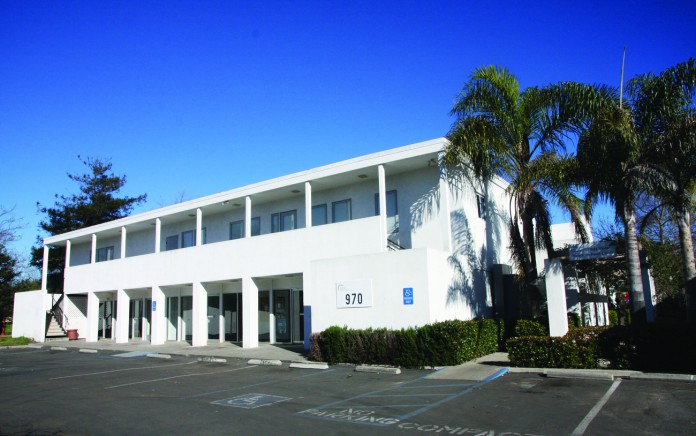 Associated Students plans on setting up shop in Isla Vista by renting out the entire second floor of the Santa Barbara Neighborhood Health Clinic, located behind Naan Stop and Déjà-Vu Cafe. A.S. hopes to move into this new space on Tuesday, March 1, 2011.

Spearheaded by the Office of the External Vice President for Local Affairs, A.S. seeks to create a significant presence in the Isla Vista community, increase student awareness, and boost student involvement in its numerous Boards, Committees, and Commissions (BCCs).

The EVPLA office calculates that it will cost A.S. a little less than $80,000 a year to fund the new space, declaring it a “benefit and necessity” to the UCSB student body.
Some BCCs, such as the Environmental Affairs Board and Community Affairs Board, have pledged various amounts of money for funding the new building. But with most lock-in fees for BCCs up for re-affirmation in this year’s spring elections, pledged finances may be drastically diminished.

But the EVPLA office believes that the new space will allow for more effective communication of A.S. goals and student concerns in local affairs, as well as receive valuable insight into what the I.V. community really needs.

“The primary goal of A.S. is to serve the students,” said Siordia. “And this space will allow for a collaborative effort between all individuals, groups, and branches of A.S. that wish to make a difference in the community.”

BCCs like the Student Initiated Recruitment and Retention Committee (SIRRC) program intend to use the approximate 4,300 square foot space for storing donated literature from their Book Bank and initiating the Bookshare program in I.V.

“Currently we have over 1,000 books all donated from students,” said SIRRC’s Co-President Angelica Quirate, a second-year Sociology and Chicano Studies major. “We would utilize the space in I.V. to have the books available for students and community members. We would not only have academic books but children’s books as well for local kids.”
Through a one-year lease agreement, A.S. intends to enhance the availability of its resources as well as its impact on the Isla Vista community.

The new A.S. space will also have a few front-desk staff positions for manning the office during normal business hours Monday through Friday. With 14 offices and five conference rooms, there will be more available space for BCCs that currently don’t have a regular meeting spot.

“I think that the new off-campus space will encourage BCCs to be more active and recruit more because they will have a home to meet and plan in,” said A.S. Legislative Council Representative Rachel Lydon, a third-year Political Science major. “Students will be more likely to join and remain active in BCC’s if they know they make a real difference in the community.”

There are also talks of a computer lab that would use recycled computers from old A.S. offices and be more accessible to UCSB students living in I.V., as well as creating an outdoor balcony garden.

Rhandy Siordia, a second-year Communication major and Community Events Coordinator for the EVPLA office, hopes that the new A.S. space will allow UCSB students to collaborate with community members to achieve common goals.

“Having a space in I.V. would allow students who reside in it to have easier access to their BCCs, thereby fostering more student involvement in A.S.,” said Siordia. “As far as the EVPLA office is concerned, this space would allow us to more effectively carry out our various events and projects in I.V.”