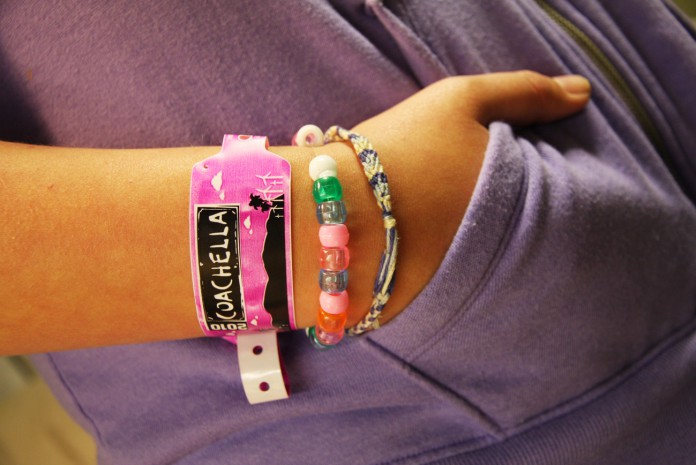 And that doesn’t even begin to scratch the surface of the epicness that is the Coachella 2011 lineup. That being said, it is no surprise that the popular music festival sold out within six days of open ticket availability.

After deeming last year’s music and camping adventure to Indio, California as the best weekend of my life, I did not hesitate a single minute to purchase a full weekend package, knowing the magnitude and popularity of the event only continues to grow with time.

But thousands of other music lovers were not as fortunate.

Many were in disbelief that over 75,000 tickets could be sold in such a short time. But the festival confirmed the news with a disheartening tweet that, “no, we don’t have any passes left to release, kthxbye.”

Immediately, people started scrambling to find tickets, and Craiglist seemed to be the first viable option for many desperate Santa Barbara students. Dreams were even further crushed by the reality of the posts. Three-day passes, originally $319, were being sold for nothing short of $800 with some reaching as high as $2,798 each.

“There was no real reason for me waiting, mostly just procrastinating and waiting to save up a bit more money,” said UC Santa Barbara third-year Communication major Taylor Gilton. “I’ve been looking everywhere from Santa Barbara to Los Angeles to find someone selling a reasonably priced pass with no luck. I know more people that aren’t going because they didn’t get a ticket than people who are going.”

Other students who purchased their tickets with the intentions of efficiently budgeting their spending in the days leading up to the event also suffered repercussions. Campsites, originally costing a mere $55, unexpectedly sold out in the same timely fashion as the concert itself.

Groups consequently had to scour classified ads and reach out to scalpers, unless they were interested in hotel prices at $400 a room per night.

“I didn’t buy a campsite when I first bought my ticket because I was low on money and I never dreamed they would sell out before March,” said Santa Barbara City College third-year Business major Jordan Prentice. “We ended up having to buy a spot at the ‘buy it now price’ of $715 from a private party on eBay.”

As a college student, I can’t deny I’ll jump at the chance to scrape up extra dough when the opportunity arises, but as a fellow festival-goer I can say I’m struggling to understand the reasoning behind such cruel and unusual punishment.

“I had extra tickets because I knew I could make money, even though it would mean surrendering to the title of ‘hustla,’” said UCSB second-year Film and Economics double major Austin Gould of his profit-driven exploit. “I posted them on Craigslist for $600 the day they sold out and my phone didn’t stop ringing the second I posted the ad.”

No one foresaw that Coachella would sell out months before it had in previous years, and students are now desperately seeking out scalpers and putting confidence in their legitimacy.

“I feel bad for everyone that had to pay extra for a ticket and worse for others that didn’t even get one,” said Prentice. “I think the situation could be controlled if they would limit one ticket per buyer.”

One can only question what’s in store for the future of a great festival that was once defined by its headliners and now defined by capitalist motives.