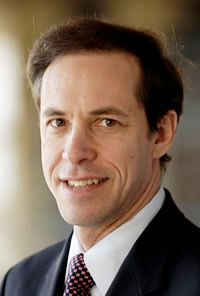 This Winter quarter, UCSB students have the unique opportunity of participating in the Fourth Annual UCSB Underserved Medicine Seminar featuring medical professionals from around the country striving to inspire medical volunteer work locally and abroad among college students.

Held every Thursday night at 6pm in Broida 1640, it is one of six programs that the Doctors Without Walls-Santa Barbara Street Medicine organization (DWW-SBSM) incorporates in their collaborative volunteer effort for providing medicine in underserved communities. Although the seminar series welcomes community members and UCSB faculty as well as staff to attend, the majority of audience members are UCSB Biology majors on the pre-med track.

Lectures presented by visiting professors and doctors include such topics as improving our global society through medical volunteerism and the international politics of healthcare. On January 13, presentations by Dr. Howard Zucker, the former Assistant-Director of the World Health Organization, and Dr. Thomas Burke, Chief of the Division of Global Health and Human Rights at Massachusetts General Hospital and Associate Professor of Surgery at Harvard Medical School, addressed transforming healthcare in the developing world.

Zucker discussed measuring and creating peace through a Community Peace Index (CPI) that would help identify the effectiveness of medical intervention programs in what are usually considered Third World countries.

“According to Lord Kelvin, the inventor of the Kelvin thermodynamic temperature scale, if you cannot measure it, you cannot improve it,” said Zucker. “Everyone is always talking about peace, but we don’t have a reliable scientific measure for it. That’s why we invented the CPI.”

Zucker concluded that the research group in charge of pilot-testing the CPI plans on becoming operational in the African continent in 6 months. Although Zucker acknowledged that measuring the level of peace in a community may not be an accurate measure of peace in a nation, it’s a starting point for non-government organizations, micro-financers, and other groups willing to help nations and international communities torn by war, political strife, and economic instability.

“The CPI has the potential to have staggering implications for measuring intervention effectiveness,” said Ryan Nguyen, a third-year Micro-Biology major at UCSB interested in becoming a professional doctor and advocate of healthcare policy. “Dr. Zucker and Dr. Burke are not only geniuses, they are health-care leaders committed to a vision.”
Burke turned the topic of conversation from peace to the southern Sudan, where he discussed rebuilding a health system after 40 years of conflict.

“Not only is the Sudan the largest country in Africa-it’s also the largest holder of the big three: water, oil, and land,” said Burke.

Since less than one-third of the Sudanese population has access to clean water, many of which have to travel miles to retrieve it, the two most popular types of diseases that kill Sudanese children are respiratory and diarrheal illnesses.
Through the Southern Sudan Medical Education Collaborative, Burke and his global health team built and maintained 3 teaching hospitals in southern Sudan in an effort to spread medical knowledge and awareness of preventive medicine, as well as to create more doctors and health professionals in the area. Dr. Burke described each medical student as hard-working and eager to learn in order to help their fellow community members live better, healthier lives in a country torn by civil war.

“All of them have had family members die,” said Burke. “Most of them have had someone killed in front of them.”
Burke went on to discuss how his division strived to increase the survival of newborns and expectant mothers in such a resource-poor environment.

“Maternal death rates are the largest health discrepancy in the world, usually because of internal hemorrhaging,” he said.

Burke also mentioned how important innovation and creativity are in countries such as Sudan, which are lacking basic medical supplies such as blood pressure cuffs and contraceptives.

“As a prospective medical student, it was really interesting to learn who was bringing healthcare to a resource-poor environment in southern Sudan through education and austere medicine,” said Mark Kane, a fourth year Micro-Biology major at UCSB looking to attend a medical school this upcoming fall.

Surprised with how little access the country of Sudan had to medical resources, Kevin Fujita, a fourth-year Biology major at UCSB interested in becoming a professional doctor, commended privileged medical students in the U.S. who volunteered to teach medicine in such a poor country, as well as the Sudanese medical students willing to learn and practice medicine, regardless of the shortage of medical supplies.

“Those passionate students in southern Sudan deserve the availability of resources that will help the become doctors who will then help their communities,” said Fujita.

Burke concluded his presentation by saying he hopes that within a few years medical professionals such as himself will become obsolete in southern Sudan. Instead, there will be well-trained Sudanese doctors widely available to help their fellow countrymen.

After the Spill: Panel Illuminates Causes and Response to Refugio Oil...

Pearman Fellowship, Your Chance to Get Involved!