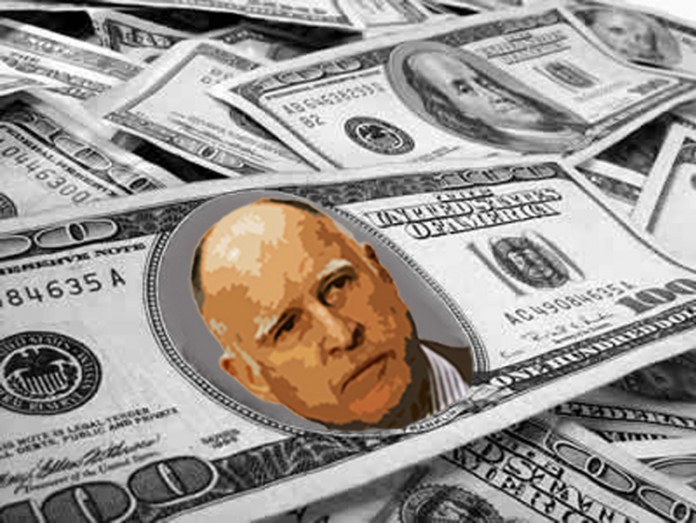 Newly-elected California Governor Jerry Brown released his $84.6 billion budget for the fiscal year of 2011-2012 on Monday, January 10, 2011. The new budget proposes budget cuts on a wide range of programs, extensions on tax increases, and the decentralization of power from Sacramento to local governments.
“We’ve had ten years of gimmicks and tricks. That put us in a mess. It’s not honest. We are now going to make it transparent as possible,” said Brown during Monday’s press conference at the Capitol. “It is better to take our medicine now and get the state on a balanced footing.”

The cuts support various programs that the Governor hopes will close the gap in the state’s current $25.4 billion budget deficit. To set the budget’s pace, Brown cut down his office’s budget by 25 percent. State programs will also experience a total of $12.5 billion in budget cuts. Some of the programs affected by the cuts are higher education, redevelopment, childcare, mental health, SSI-SSP (supplementary security income/state supplementary payment), libraries, fairs, and in-home care.

Brown’s proposal advises a total of $1.4 billion cuts in higher education with $500 million each coming from UC schools and California State Universities, with the remaining $400 million budgetary cuts coming from community colleges. In response, UC President Mark Yudof sent a letter to Californians.

“This won’t be easy,” said Yudof. “The physics of the situation cannot be denied – as the core budget shrinks, so must the university”.

UAW Local 2865, the academic union that represents the UC’s student employees, also sent a letter to its members. According to UAW, “These proposals don’t go far enough. …Missing from the discussion are bold steps to increase revenue by requiring corporations and the richest Californians to pay their fair share.”

In their letter, UAW shed light on a recent ultimatum that UC Executives gave to the UC Regents asking for an increase in pension amount. The 36-member group of executives called it a “legal, moral, and ethical obligation” of the UC school system.

According to UAW, “Some executives have even threatened to sue to be exempted from a $250,000 pension cap. This latest round of cuts cannot be an excuse for more unequal treatment and backwards priorities at the University of California.”

To be approved, California’s Legislature will have to make modifications to a few laws by March while other segments of Brown’s proposal, like that of the revenue component of the budget, will be voted on by Californians during a special election this June.

If the proposal passes, for the next five years, California residents will have to pay a 0.25 percent surcharge on their income tax, a 1.15 percent rate for vehicle licensing, and an extra penny per dollar in sales taxes.
The Governor is moving his budget forward in the California Legislature hoping that Democrats, who had previously denied former Governor Arnold Schwarzenegger’s similar budgetary cuts, approve of his program and service cuts.
Brown must also convince voters to accept his plans for decentralization. Brown’s envisioned “realignment” transfers the financial responsibility and administrative implementation on some state programs to local governments.

“Government will be closer to the people,” said Brown.