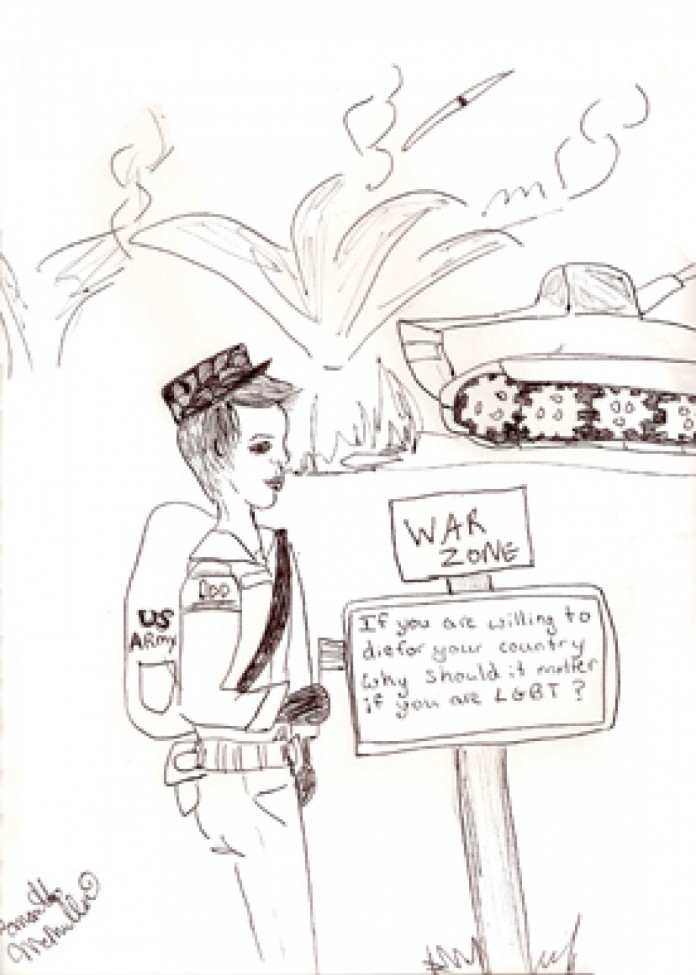 Any fervent Lesbian-Gay-Bisexual-Transgender rights activist is familiar with and well-versed in mainstream controversial issues such as gay marriage, workplace discrimination and harassment, and even gay hate crime legislation.

Many have argued and protested passionately about such issues, and have attracted much publicity for the causes they choose to fight for. The “Don’t ask, Don’t tell” (DADT) law is definitely making its rounds in today’s 24-hour media cycle and has its passionate supporters and protestors. But many of the proponents of its abolishment have not served in the military, or they are unfamiliar with the military’s customs. They argue mainly from an emotional and egalitarian perspective.

For those who are unclear about what DADT entails, DADT is meant to be a compromise addressing the issues of openly homosexual or bisexual Americans serving in the U.S. military.

Currently, if someone who isn’t heterosexual wishes to serve in the military, he or she must keep his or her sexual orientation a secret in order to avoid discharge. The DADT law states that “[homosexuality in the military] would create an unacceptable risk to the high standards of morale, good order and discipline, and unit cohesion that are the essence of military capability.”

A common argument is that in a high-stress environment, members of the military would be unable to trust an openly gay member due to their own biases and discomfort with homosexuality. Also, some argue the military’s machismo is directly incompatible with the “effeminate” nature of homosexuality.

The burgeoning support of military members of their homosexual and bisexual comrades in arms refutes the argument that homosexuality will diminish the machismo and glory of the military.

Top members such as Admiral Mike Mullen, Colin Powell, and others have called for at least a review of the law.

Mullen has been directly quoted as saying: “Repealing DADT is the right thing to do.”

Lieutenant Dan Choi, a West Point graduate with a degree in Arabic (a highly-needed specialty in the military), was discharged for coming out on a national television show and has since been extremely active in campaigning for the abolishment of the law. Other talented members such as

Katherine Miller, the ninth ranked cadet out of a class of 1,157 at West Point, have resigned in protest over DADT.

With the military stretched thin over a difficult war in Afghanistan, one would think that such brilliant individuals would be an asset to the country. However, due to an outdated law, their talents are not being put to good use. Proponents of the law seem to forget that homosexuals can still be patriotic and serve their country as well.

To address the most pressing argument, that in a combat situation, openly gay and lesbian members would disrupt morale and diminish trust and cohesion amongst comrades in arms, a study was conducted by Zogby International. The study revealed that 73 percent of military personnel are comfortable with gays and lesbians.

The remaining 27 percent who are uncomfortable needs to be addressed; the loss of talented prospective members of the military is substantial. Nearly 10,000 military personnel have been discharged under the law, and the statistics don’t show those who aren’t performing their jobs at full capacity and motivation due to having to hide their sexual orientation.

Growing numbers of young personnel in the military, however, are more accepting and the numbers of gay-friendly personnel are sure to rise as younger generations of Americans begin military service.

The matter is urgent and prudent action must be taken. A complete abolishment without careful study and training would be foolish and rash, as there are substantive concerns about openly gay members serving in the military, even with all the arguments for allowing them to. But phased and firm steps toward abolishing the law should be taken.

Recently there has been legal sparring over the law; the Obama administration wishes to take a more measured, slower approach and has overturned a federal judge’s decision to ban the DADT law as unconstitutional. For those who have waited so long for a chance to serve in the military but feel their sexual orientation diminishes their capacity to do so, such a chance may be imminent.

The House of Representatives has approved a Murphy amendment that would repeal DADT in 2011 60 days after a thorough study is conducted by the U.S. Department of Defense to certify that the repeal would not harm military efficacy. This measured, less rash route is the correct approach to take; but firm steps forward must be tangible, and President Obama must be held accountable for his promises of moving to end DADT.