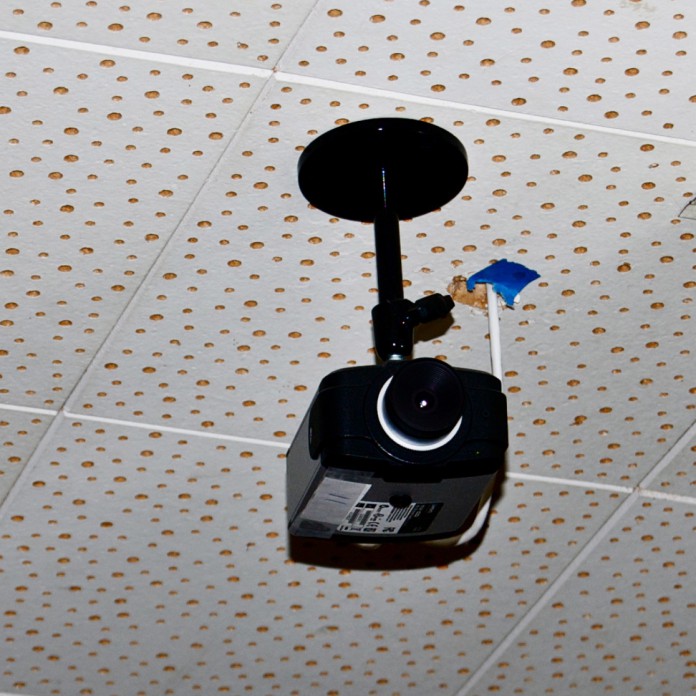 Inconspicuous cameras installed across campus conjured up concerns from the numerous UCSB students who realized the potential invasion of privacy from these cameras. An Electrical and Computer Engineering (ECE) research project called Scallops Net stationed approximately 40 cameras across UCSB from Harold Frank Hall to the bike paths on campus for a project designed by Professor Manjunath.

Conscious of the concerns that may come from the cameras, Professor Manjunath assured that the study will not be used for surveillance purposes and proclaimed that all the cameras are in public spaces.

Though this experiment was constructed purely for research, some felt the project a violation of privacy. Several students of UCSB created a Facebook group concerning these cameras to voice their opinion about this research study. The group discusses the potential misuse of the cameras, such as using the camera to catch prohibited activities.

“It feels weird to have cameras in a public space without my knowledge. My immediate reaction was that I didn’t like it,” commented third year Sydney Nieminen. “I can see UCPD wanting to see the content on these cameras and it just doesn’t feel right.” “According to the university policy, all cameras must be approved by the police department. However, we do not have access to these cameras. We’d have to request it like everyone else,” said Officer Bowman of the UCPD.

Scallops Net is an independent research project that documents the pattern of human movement and activity. This experiment is based on a project in Italy, which monitored birds with video cameras to understand their flight pattern.

Similarly, cameras were installed on various locations on campus and on the beaches of UCSB to record the collective activity of humans. According to an article by George Foulsham in his article: News for the Faculty and Staff of UCSB, The main goal of documenting human movement is to document the collaborative behavior of humans and understand the spatial dynamics.

Oblivious to the purpose of the cameras, many students assumed that the cameras were for safety or security. “I always thought they were for security purposes, to prevent bikes from being stolen. I actually wonder how many bike accidents they see,” said third year Rafael Cabrera.

Other students felt the cameras were violating their space and freedom.

“They [the cameras] make me feel like I’m being watched, as if someone is trying to follow me,” stated student, David Cunningham.

The cameras placed at Coal Oil Point Reserve focuses more on the changes in the environment and the behavior of wildlife rather than the activity of human beings. By documenting the human movement, the data could determine the use of certain spaces and potentially conserve energy by limiting energy sources in less utilized areas, claims Professor Manjunath.

The data from the bike paths could potentially help build better freeways in the future. University of California, Santa Barbara’s ECE department is ranked among the top 5 in the Nation, spending over $21 million in new research each year.

“Well we are a research institution, so I guess it makes sense that they’re doing this,” said senior Darlene Tran apathetically.

Giving a Voice to the Voiceless: Malaquias Montoya, Renowned Artist

Living Mixed-Race in America From the Perspective of UCSB Students