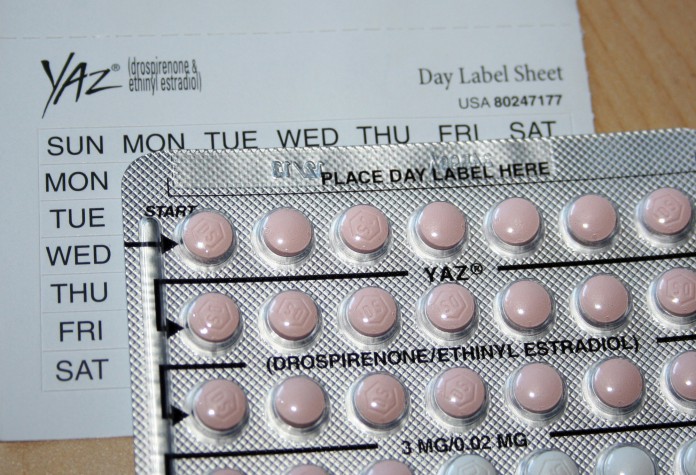 Currently, there are several methods of birth control being used by sexually active persons. But how much do we really know about the procession of pills, creams and contraceptives that we regularly gamble our futures on? Withholding sterilization and abstinence, here is a countdown of five of the most effective contraceptive methods available today.

Weighing in at fifth most-effective is the male condom, with a modest two percent failure rate for the first year of use. While they could be considered a vintage line when compared to the increasingly complex and high-tech methods now available, condoms remain a staple of modern contraception. As a barrier method, they are the only form of contraception that can protect against sexually transmitted infections.

They are also the primary form of male contraception–the withdrawal method doesn’t count–and one of the few ways that men can do their part in the otherwise female-dominated arena of contraception. It is important that both partners are proactive and take responsibility for their own contraception, since combined protection helps ensure safety from both undesired pregnancy and infections.

Coming in at fourth are the Pill, the Minipill, the Patch and  Nuva Ring, all with a reported failure rate of 0.3 percent in the first year. The ever-popular “Pill,” also known as the “Combined Pill,” is so aptly named because it contains both progestogen and estrogen, as compared to the Minipill, which contains only progestogen. The obvious disadvantage of the Pill is that it needs to be taken every day, preferably at the same time each day, and missing even a single dose can allow hormone levels to drop long enough to enable possible pregnancy.

It is, therefore, important to refrain from intercourse or use back-up contraception if you’re not sure. The Contraceptive Patch works on the same principle as the Combined Pill and is stuck onto the arm, buttock, abdomen or thigh where it remains for a week before being replaced. Like the Pill, the Patch follows a three-week on, one-week off rhythm that allows for a menstrual-like monthly withdrawal period. The Patch has the advantage of only having to be applied three times a month, so you don’t need to remember to take a pill every day.

Similarly, Nuva Ring is a flexible plastic ring that is simply inserted into the vagina where it secretes estrogen and progestogen for three weeks before being removed for a gap week. If preferred, it can be removed during intercourse as long as it is replaced within a couple of hours afterwards. It is very crucial that correct procedure is followed, as studies have shown that imperfect use of any of the above methods decreases effectiveness to a whopping eight percent failure rate for the first year.

According to UCSB 3rd year Global Studies major and Bottom Line editor Sarah Scott, “NuvaRing is easy to use and I don’t have to worry about taking a pill every day.”

The third most effective method available is Depo Provera, which is also known as the Shot, with a 0.3 percent failure rate in the first year. An injection of progestogen is administered by a doctor once every three months, throughout which it provides similar protection as the Pill. The advantage of the Shot and the reason it pulls in front in this countdown is that, because it is applied by a trained doctor, the chance of improper use that compromises other methods is vastly reduced. If you are planning on starting a family in the near future, be aware that it often takes around ten months for the body to return to full fertility after ending treatment.

We are now brought to our second most effective method. With a 0.2 percent over one year failure rate, the Combined Injection contains estrogen in addition to progestogen to provide a slightly higher effectiveness than the more common Depo Provera shot. However, it does require regular monthly visits to your doctor. Also coming in at an equal second is the Intrauterine Device (IUD) with progestogen. Operating under the brand name Mirena, this intrauterine device is placed, you guessed it, inside the uterus by your doctor, where it secretes progestogen and provides strong protection for five years. Keep in mind that it takes the body a few months after the intrauterine device’s removal to regain normal fertility.

Finally, we arrive at number one. The Implanon is a matchstick-sized implant inserted  under the skin of a woman’s upper arm where it secretes pregnancy preventing doses of progestogen for up to three years. It takes under a minute for your doctor to install it under general anesthetic and requires no further application over the next three years. Weighing in with an amazingly low 0.05 percent one year failure rate, the Implanon is the most effective method of contraception available today and is even considered to be a more effective way to dodge the baby than surgical sterilization.

Whatever your chosen method might be,  pay careful attention to how your method is applied, as incorrect use can compromise the effectiveness of contraception and put you at risk. Don’t be afraid to do some extra research and talk with your doctor to find the solution that bests suits you.