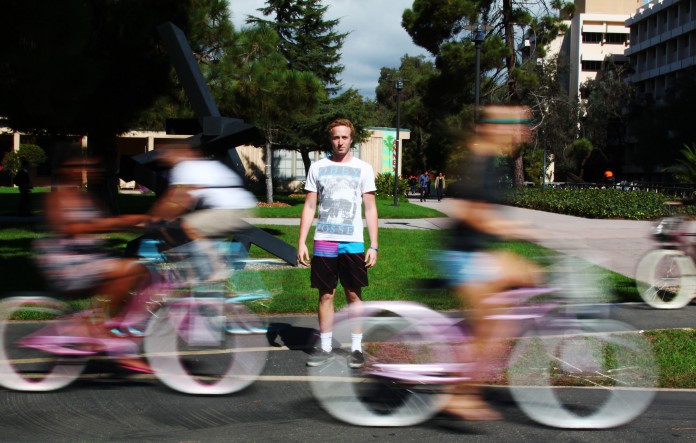 On Wednesday October 27, the Human Rights Group (HRG) on campus seeks to pass a new bill creating the first Associated Students Human Rights Board. This will be the HRG’s second attempt to become an AS entity after their first bill failed to pass a few weeks prior by a 13-9 vote in AS Legislative Council, with one member abstaining.

“Some Legislative Council members were concerned that the board could potentially make politically polarizing decisions, which may alienate some students,” said AS Internal Vice President Jake Ellwood, a fourth-year political science major.

The new bill greatly resembles the old one, but with a few adjustments. The Human Rights Board now identifies itself as an educational forum centered on facilitating and amplifying the interaction of student groups, both within UCSB and the greater community. It will also attempt to create a progressive coalition of students, staff, faculty, and community members.

“Human Rights Council is living proof of the potential of groups from diverse identities all coming together and recognizing our common link of humanity,” said second-year global studies major Sophia Armen, Co-President of HRG. “Human Rights Board would send a message that AS not only cares for our campus community, but also out global community.”

Over 30 student leaders representing different groups on campus, such as the Black Student Union, Invisible Children, and the Womyn’s Commission, showed their support for the HRB bill the first time it was proposed. For its second proposal on October 27, Armen expects the same amount of support.

“BCC’s already do amazing and inspirational work in areas of social justice and human rights,” said Armen. “We want Human Rights Board to be a part of that legacy and serve as a model for other UC campuses.”

About 16 votes, or 2/3 of Legislative Council’s voting members, would be needed to approve the new HRB bill in order for it to pass. As a new AS BCC (Boards, Commissions, and Committees), the Human Rights Board would be granted a start-up budget of $2700, eventually putting in a formal request for more funding through AS Finance Board. They would also be required to request permanent funding from AS Finance Board during the AS budget process, which takes place Winter 2011.

“We would eventually have funding that allow us to plan yearly events without having to go through the tedious process of OSL workshops,” explained third-year political science major Chloe Stryker, an AS Representative at Large and voting member in AS Legislative Council. “HRB would put on events like Human Rights Week, host screenings, panels, speakers, concerts, and promote awareness campaigns for issues such as environmental justice.”

With its mission of inclusivity, students would only be required to attend five consecutive meetings before becoming a member of HRB. OSL liaisons from other groups can also become voting members.

“Ignorance is the primary root of hate and human rights abuses,” said Armen. “Here we have a chance for AS to send a message to our world. We are students. Learning is what we do best.”