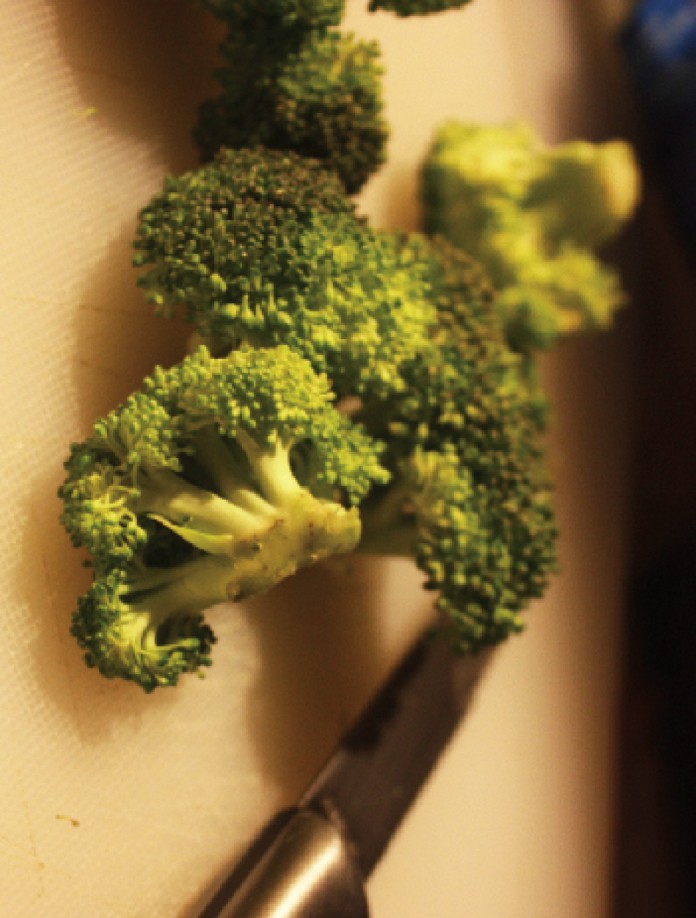 Scientists at various universities and private institutions are currently researching the ability of cruciferous vegetables to provide anti-carcinogenic compounds known to inhibit cancer cells from developing and spreading throughout the body. Cruciferous vegetables, like cabbage and broccoli, are high in isothiocyanates and sulforaphane- two important compounds that researchers found were key in the prevention of malignant tumors in tested animals.

The Institute of Food Research suggests eating more than one serving of cruciferous vegetables a week to decrease the risk of developing cancer and other chronic ailments. Olga Azarenko, a graduate student and researcher at UCSB, found that eating broccoli regularly was a “cancer-preventative” measure, since the vegetable contains high levels of isothiocyanates. Azarenko’s research showed that foods rich in isothiocyanates greatly reduce incidences of cell proliferation, which often leads to malignant tumor growth.

Leslie Wilson, a professor in the Molecular, Cellular, and Developmental Biology Department at UCSB and committee member of the American Cancer Society, studied the effects of sulforaphane, or SFN, in cruciferous vegetables and discovered that it was able to impede the growth of breast cancer cells.

SFN was also found to be less toxic than other cancer treatments and drugs, leading researchers to infer that it could be combined with other drug treatments without increasing toxicity levels in the body. Wilson said that SFN “may be an effective cancer preventative agent because it inhibits its proliferation and kills precancerous cells.”

Although some students at UCSB may enjoy eating broccoli, a surprisingly few actually know about the anti-carcinogenic components that are found in their favorite cruciferous vegetables.

“When I was young, I used to hate broccoli, but now I enjoy eating it,” said Benjamin Diaz, a first year Political Science major. “I actually didn’t know it was anti-carcinogenic, but that definitely encourages me to eat more,” he added.

The acclaim that science has bestowed on broccoli lies in direct contrast to its denunciation of red and processed meats. Research has shown that regular consumption of red or processed meat can lead to an increase in stomach, liver, pancreatic, and even lung cancers.

In their research article, “Meat Consumption and Cancer Risk,” Jeanine Genkinger and Anita Koushik estimate that about 35 percent of cancer incidences may result from high red meat diets, which is slightly more than the cancer risk associated with smoking. Genkinger and Koushik characterized beef, pork, lamb, and veal as red meat, while processed meat was anything salted, smoked, or cured.

“I stopped eating red meat once I found out about the health-related risks that come with  eating meat,” said Jasmine Lucas, a fourth year Global Studies major. “I haven’t eaten it in 2 years.”

Scientists have found that the compounds responsible for the carcinogens present in red meat are N-nitroso, polycyclic aromatic hydrocarbons, and heterocyclic amines. These compounds work to proliferate cells in the body and increase free-radical activity, which further increases the likelihood of cancer development.

Due to the following evidence, the World Cancer Research Fund and the American Institute for Cancer sponsored a similar study, which discovered that the compounds found in red and processed meat also lead to an increase in colorectal cancer and pancreatic cancer in men.

As research has demonstrated, broccoli and other cruciferous vegetables hold the key ingredients to fight off free radicals and proliferating cells that enable cancer formation. Red meat holds yet another set of compounds that do the exact opposite and actually promote the spread of various types of cancers, ranging from stomach to lung cancer.

That said, it is now time to move on from “hating broccoli” as a child to appreciating it as a natural, cancer-preventative remedy. Your body will definitely thank you for it.