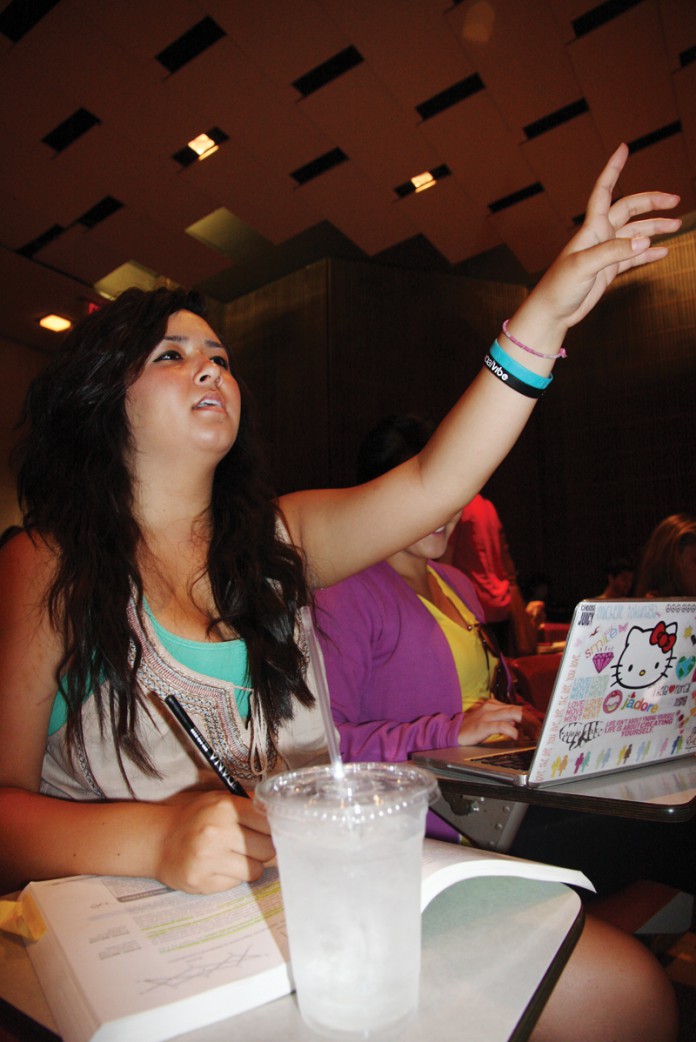 Coming into UCSB as freshmen is both exhilarating and frightening. Whether you’ve come in with a major predetermined or are still listed as undecided it is important to get your academic ball rolling early on. The best way to do this is to take the introduction courses to your major classes as soon as possible. Many people would advise against this, stating that Fall quarter as an incoming freshmen is stressful enough just trying to “fit in”, but getting a quick glimpse into your intended major as early as possible is beneficial. Not only are introduction courses fairly easy, but they give a general overview of what is expected of your intended major. This will allow you to see whether or not you like the major you have chosen, and if not, gives you plenty of time to pick another.

It isn’t always easy to get into an introduction class, but do not be afraid to crash it. Show up to the class even if you are not enrolled. By the second week, if you’re not in your major introduction class, try taking it during winter quarter. The sooner you figure out whether or not you want to be in your major, the easier it will be to catch up on other majors you may be leaning towards.

Utilize your undergraduate advisor. They are there to help effectively guide you through the major as well as to let you know when you should be taking certain courses. Signing up for an academic planning session with your undergraduate advisor early is a good way to go into your major knowing what is expected of you. This allows you to see if you will have room in your schedule to take on other majors or to plan an effective time to study abroad.
Use www.ratemyprofessor.com because a class is made or broken with your professor. It could be the most interesting subject matter, but a dull professor who doesn’t respond well during office hours is going to make the class unnecessarily difficult. Taking advantage of ratemyprofessor.com will allow you to know what kind of professor you will be dealing with, how others have dealt with them, how their grading system works and, their “hot factor”. Be conscious of what is being written about the professors. From there, you can see whether a student had illegitimate problems or actually gave good constructive criticism.
Don’t stress yourself out. It is your first quarter and while you may want to get your hardcore academics out of the way early, keep in mind that now is the time to take whatever classes you want. Shop around; take classes outside your field that seem interesting and exciting. Also, as obvious as it may sound, try taking classes you wouldn’t usually take. For example, if you’re not into acting, take an acting class. Theatre 5 is an amazing class where you work with interesting people from other disciplines. It covers a general education requirement and you can spend time acting like an animal—literally. A class like this allows you to break free and do fun activities that aren’t academically rigorous. It is a fun alternative way to cover general education requirements as well as to engage in constant group activities.

Just remember that half of college is academics and the other half is living your life—whatever that may mean to you, you’ll thoroughly enjoy the next four years.