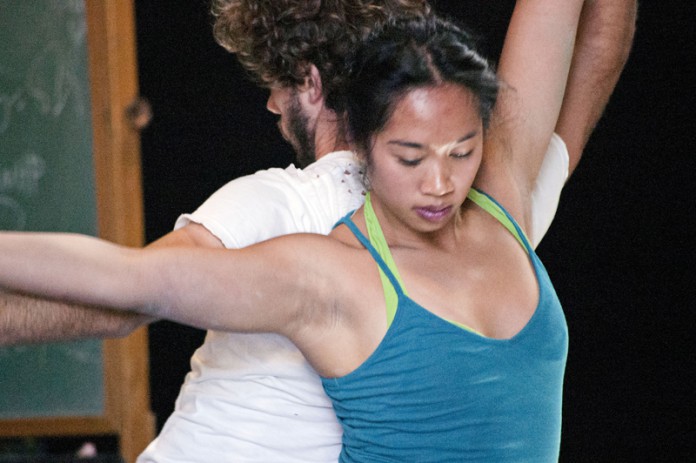 In 1497, Leonardo DaVinci painted the Last Supper. In 1508, Michelangelo began painting the Sistine Chapel. In 1937, Pablo Picasso painted Guernica. In 2002, singers from around the country traveled to Hollywood to appear on American Idol for a chance at fame. In 2009, the television musical series “Glee” began. The arts have been long admired, but it seems like when it comes to getting a bachelors degree in art, people think of it as insignificant and, furthermore, when there are budget cuts, the arts are the first thing to go. Yet, many people long to be artists or famous and we praise and marvel at Hollywood’s lifestyle.

Zaquia Salinas, a dance major at UCSB says she has been asked many times why she chooses to pursue dance. She and other fellow dancers have been told often that dance is not a real major. “We run into people all the time who say, ‘why would you be a dance major, that’s not really a major,’ said Salinas. “And we’ve even run into to people who say if it’s not math or science based that it shouldn’t be considered a major.”
Near the end of last quarter, Salinas and five other dancers decided that they wanted to put a series of shows together that would describe what art means to them. “[My colleagues and I] share an interest in working through different artistic mediums and decided since that was something we were interested in that the first project we wanted to do was ‘why art?’ ” With this question in mind, they have created a project entitled “Why Art?”, as part of a Dance and Fine Arts Collective. The show was performed last Saturday, May 22, at the HSSB Performance Studio.
The six dancers involved in this project are Zaquia Salinas, Leah Craig, Devon Barnes, Lori Parella, Tina Corbett and Shoshana Mozlin. The group has been rehearsing since the beginning of the quarter and everyone has his or her own piece. Salinas says the show will not only be about dance, but will also be “incorporating dance, theatre, live music, live singing, some live drawing and painting.”
“We also have recorded interviews from different people discussing what their opinions are on art, which is going to pull the show together,” said Salinas. Many of these acts were performed simultaneously and the music varied depending on the dancer and their piece. For example, Salinas’s dance is Afro-modern while other pieces are contemporary or classical. Some of the live singing also involved the campus group Vocal Motion, who will be integrating pop music into the show.
The group hopes the project shows the benefit of art, its value and importance. They believe art is essential, especially in today’s culture, so that people can release any tension or conflict. Salinas explained this perspective in detail by describing art as a way of liberation and a reminder of the little things in life. “People need a way to release all that tension, fear and pain and to find joy and remember that money and war are not the most important things,” said Salinas. “They need to remember that a healthy mind, body, spirit and family are important things.”


People put art majors down by claiming it’s not a real major and yet, just a few weeks ago, people were making videos of themselves singing for a chance to star on “Glee.” Does that mean society only values art if profit and fame come out of it?
Art should be appreciated whether it brings fame or not. It is stimulating and a healthy form of expression that can help one get through difficult times.