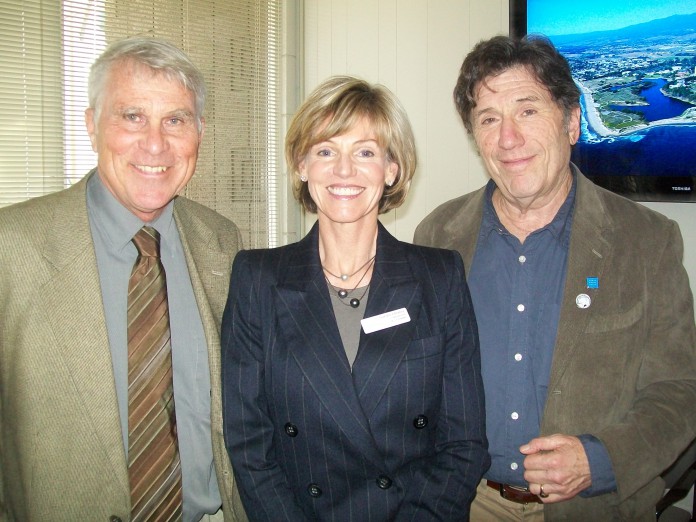 On Tuesday, February 16, co-founder of the Orfalea Foundation Natalie Orfalea gave a talk on philanthropy and the various projects that her foundation spearheads. She started her discussion by saying, “There’s a real responsibility in giving away money, well a responsibility [that entails] a lot of love.”

Love, that through a relayed anecdote of the Orfalea Foundation’s growth and history, was shown channeled through the various initiatives that they partake in. To start, she gave a brief background on the Orfalea Foundation’s evolution with regard to their grant giving procedures. During their nascent years, they acted out their goals by funding projects that were parallel to their envisioned future. This meant that they initially stuck to the model of writing down checks for other groups and people to act for them. Through time though, they realized that their methods were not very impactful in addressing underlying problems. In the words of Orfalea, “We were feeding machines as opposed to making long term solutions.”

After a procedure overhaul and re-evaluation, the Orfalea Foundation is now heading their own initiatives. Orfalea discussed the two main initiatives that her foundation leads “COOL FOOD” and “Aware and Prepare”. The Orfalea Foundation is committed to programs that develop childcare, education projects, experiential enrichment, learning differences, and critical community needs. Thus, they decided to create “COOL FOOD”. With this program, they wish, “to create a community of healthy children across [the] Santa Barbara County who make educated food choices throughout their lives.”

In its initial stages, her team went into school cafeterias (who have agreed to have a partnership with the foundation) and used various fact-finding methods to research what the main issues are with regard to cafeteria food — what children are fed and how the children respond to their food choices. Simply put, results showed that, as Director of “COOL FOOD Kathleen de Chaden worded it, “Their [the children’s] palettes are so jaded with sugar that they’re going to think that an apple is pretty boring.” In response to this, the Orfalea Foundation is presenting an alternative to the conventional cafeteria setting and empowering the schools through a “cook from scratch” program. They thus achieve the provision of food education and training for schools, assistance of local procurement coordination, the supplying of strategic resources, and the advocation of correlating food and health.

Aware and Prepare, on the other hand, is a community partnership with local foundations and the Santa Barbara County Office of Emergency Services that was created to strengthen Santa Barbara’s emergency and disaster readiness. “This is a tough community to be in a disaster. Think about how affluent this community is. …but [we] are severely understaffed in emergency situations,” said Orfalea.

With that in mind, Aware and Prepare seeks to strengthen Santa Barbara’s emergency and disaster readiness by focusing on …public education and awareness, coordination and communication, preparedness, emergency public information, resources and personnel, authority and management, and volunteer organizations active in disasters.” Their most proud outcome thus far are improvements on the Santa Barbara Emergency Operations Center, that would, in the case of a disaster, have to be well-equipped with the technology, people, and space necessary for those who need help and have been displaced by a catastrophe.

“Be updated in current events. …look what is happening in your school, community, the world; and ask yourself, ‘how can we do this better and inspire others to do it with us?'”