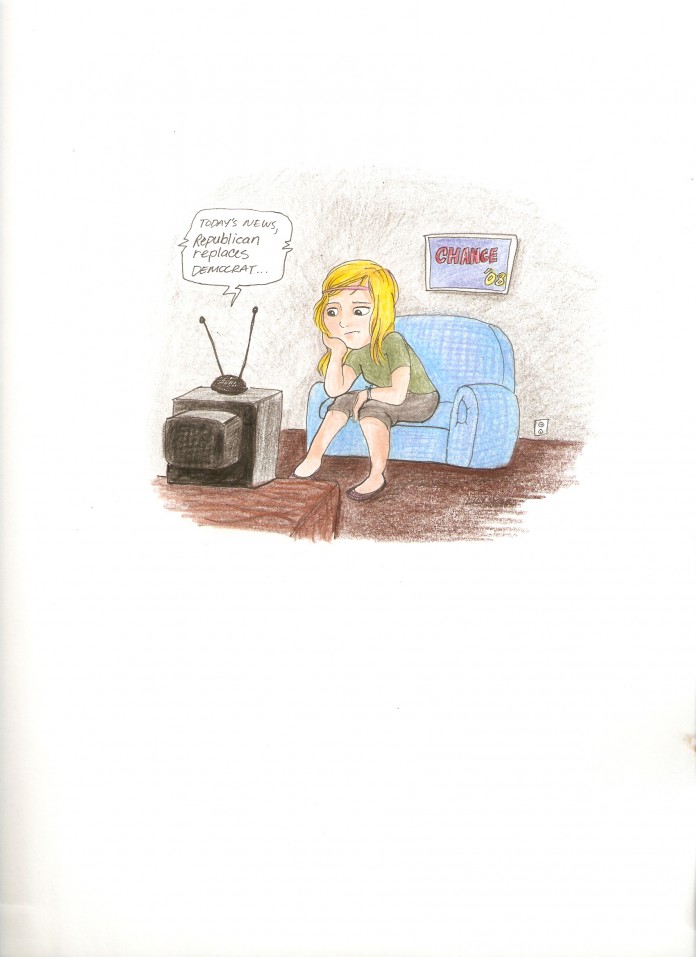 On January 19, President Barack Obama’s political agenda was dealt a major blow. The Commonwealth of Massachusetts elected State Senator Scott Brown to fill the US Senate seat vacated by the death of Ted Kennedy last August, giving the Republican party a forty-first seat in the Senate chamber and the ability to now possibly block health care reform and other items on Obama’s agenda, including the reduction of greenhouse emissions, increased regulation of Wall Street, and the rebuilding of America’s schools. The new upset in Massachusetts will add fuel to the conservative fire and give the Republican Party more broader political support to passionately resist the Democrat’s liberal agenda. Getting the butchered ‘Obama-care’ through Congress is not the biggest problem liberal thinkers now face. With momentum swinging against liberals and the idea of change now a conservative selling point, not only is Obama’s entire agenda in jeopardy, but a shift in the balance of power away from the Democrats may also be underway.

A year ago, America was anxious for change after the eight year reign of George W. Bush. Now we don’t have faith in or support for Bush’s successor, who promised to bring change about but has so far largely failed to do so. What happened? Well, I could mention the fact that Obama inherited an economic disaster and two wars from Bush and Company, but that isn’t even the main issue. What happened is what always will happen in America under a political system that serves the interest of corporations at the expense of the American people. Take, for example, Connecticut Senator Joe Lieberman, who is an independent and was vehemently opposed to the so-called ‘public option.’ Is it any coincidence that Connecticut is home to most of America’s largest insurance companies? Although Lieberman is just a lone senator from one of America’s smallest states, his opposition successfully killed the public option and with it, any real chance at significant reform to the health care system.

So, what to do from here? Like those of us who went and saw Avatar, only to come home afterward feeling a severe let-down at the fact that we didn’t live in Pandora, we who voted for Obama are suffering similar depression. Change, like Pandora, may just be science fiction. Obama’s election was historic, but it doesn’t change the fact that the President, even with a Democratic majority in Congress, cannot bring change to a system that fundamentally resists it at every level. Only a change to the legislative system and restrictions on corporate spending and lobbying would be a start on the road to real change.

Unfortunately the only thing that is changing in this country is the momentum away from liberal reform and towards the conservative opposition. While conservatives have gained some ground, America has not reached the extreme level of change that Fox News pundits like Glenn Beck would have you believe. Beck assumes his viewers are conservative and generically refers to them as “America”. On January 20, speaking of Brownâ€™s victory and referring to “America,” he stated “you are the majority. A year ago, you didn’t know that. Wow, notice the difference a year makes.”

According to Beck, a slim Republican win in Massachusetts equals the feelings of all of America. According to a recent poll by independent research firm Public Policy Polling, Fox News is the only TV news outlet that more people say they trust than distrust. It seems as though many Americans trust and are exposed to Fox News and its propaganda. Sadly, these recent events are, as Beck said, “the difference a year makes.” However, it is the difference a year of intensified Fox News propaganda makes. The difference that corporate lobbying in congress makes. And the difference that one well-funded, well-run Republican campaign makes, that has left us in the position we are in now.

Here at UCSB, we are isolated from the way things are in the rest of the country. We aren’t bombarded with campaign commercials like those who live in important swing states across the nation. Those of us who may have hoped for healthcare reform or a climate change plan are left in dismay as a handful of voters in Massachusetts and our so-called ‘representatives’ in Washington let us down. That’s why we have marijuana dispensaries and Hollywood. Fandango me a ticket to Avatar, I need an escape from reality.

Increased Ordinances Have Made Halloweekend a Thing of the Past