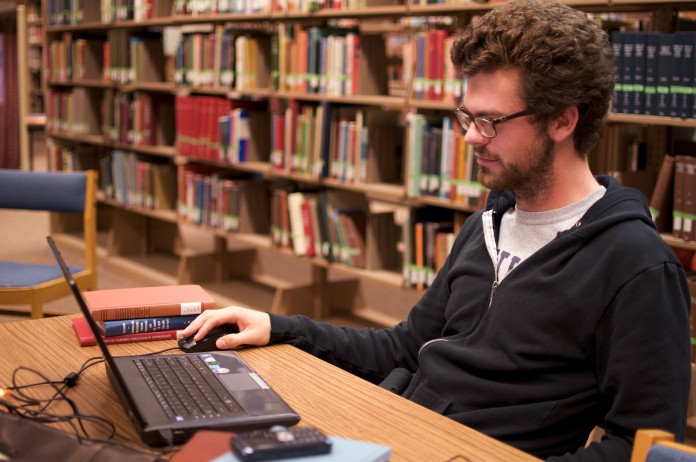 Crashing classes is not an uncommon task for undergraduates at UCSB. Regardless of whether students miss their pass times or decide to take classes after the beginning of the quarter, crashing has become a common word in the UCSB student vocabulary. However, this quarter the overall number of crashers has increased while the total number of classes offered has decreased, meaning that spaces available to crashers is tighter than ever. This intractable conflict is now keeping undergraduates from meeting the minimum cumulative progress (MCP) requirements as well as delaying current seniors from graduating on time.

The increase in crashers is now forcing many professors to push would-be students away. “According to my professors, [the amount of crashers and less space] is the UC Regents” fault,” said UCSB student Matt Koler, when reflecting on his experience trying to add classes. “Every single one [has said this]… Blame the regents and go protest up in Sacramento. I’m a senior, I don’t really care, just let me into classes.”

During previous quarters, many professors have given preferential treatment to graduating seniors and students who were struggling to meet the MCP, but with the influx of student crashers this quarter, many professors are now adding students to their classes on a “first-come-first-serve” policy only.

“I tried to crash 11 classes this quarter and only got in one, all for my major,” Koler recounts. “I was going to graduate in Spring, but not being able to get into one more class has affected my expected graduation date. I’ll have to stay during the summer,” he said. Even his senior status is of no use to him in guaranteeing a spot in classes he needs to add in order to graduate, now that competition for spaces has become so fierce.

Completing minors has also proven to be more difficult this quarter as well, “I tried to crash two courses, one being a philosophy class. They let ten people in, but only majors. Mind you, I’m a Philosophy minor.” Not being able to get into his philosophy class has placed a strain on his minor completion date.

While many students have had trouble crashing courses, others have had some success. “I haven’t had any trouble crashing classes,” stated fourth year Feminist Studies major Liv Scott. “I crashed feminist studies 120, Women’s Labor, with little difficulty. I think it’s because I’m a Senior and [the class] is for my major,” she added. “I’ve noticed a large number of crashers in my other classes though. I think it’s because there’s more freshmen being accepted who decided to come [to UCSB], and with the budget cuts comes fewer TAs, professors, and just fewer classes being offered. People can’t get the classes they need or want during their pass times so they’re forced to crash 9 or 10 classes.”

Third year Classics major James P. Shaulis wasn’t so fortunate. “I had to scream and shout to get units, literally, though now I think I am the exception,” Shaulis claims. “I started with four and now have 17 units. It wasn’t easy.”

According to the UCSB Registrar’s Office, tuition fees for California residents increased by $795 this quarter, and registration and lock-in fees went up by twelve dollars and four dollars, respectively. But even though students are now paying more money to attend UCSB, fewer classes are available to them, and to some the consequences are devestating.