Since April of this year, billionaire Elon Musk has moved forward with his plans to take over one of the most popular social media apps: Twitter. On Oct. 27, Musk officially bought Twitter for $44 million. Since then, he has implemented numerous changes and has expressed plans to continue on this path to “making comedy legal again” (but not when it’s directed toward Musk). Unsurprisingly, the billionaire’s move brought a wave of backlash on Twitter itself and every other social media platform out there. We’ve listed three big changes Musk has made to Twitter and how they could impact both employees and your future tweets.

In the middle of the night on Nov. 3, Musk began massive layoffs company-wide. Rather than sending out emails or reaching out to employees individually, Vox reports that employees “learned of their firing when they couldn’t log into their company email.”

Such an impersonal and careless manner of laying off employees reflects Musk’s wild-card tendencies and reflects badly on the company as a whole.

However, over the following weekend, Twitter attempted to reach out to many of its previously laid-off employees asking for them to come back. Musk’s midnight decision had sent the company into a scramble, forcing some remaining employees to work over 20-hour shifts. This flip-flopping of decisions can be expected to only harm the company’s ability to hire employees in the future.

In light of all the confusion and lack of notice for laid-off employees, some filed a class action lawsuit against Twitter in violation of the California Worker Adjustment and Retraining Notification Act (WARN). However, Musk has not commented about the mass layoffs, other than admitting that he went through with the decision.

One of Musk’s biggest moves was making the Twitter blue check marks now cost $7.99 each month as a part of the Twitter Blue subscription. As The Atlantic writes, the check marks were previously “free and indicated an account was authentic,” similar to a status symbol for verified users. In monetizing them, many people on Twitter set about buying check marks to poke fun at controversial users, big companies, and even Musk himself.

Some of the funniest instances include Doja Cat being unable to change her name from “christmas,” while the more damaging ones include a fake Eli Lilly Pharmaceutical account tweeting that “insulin is free now.” 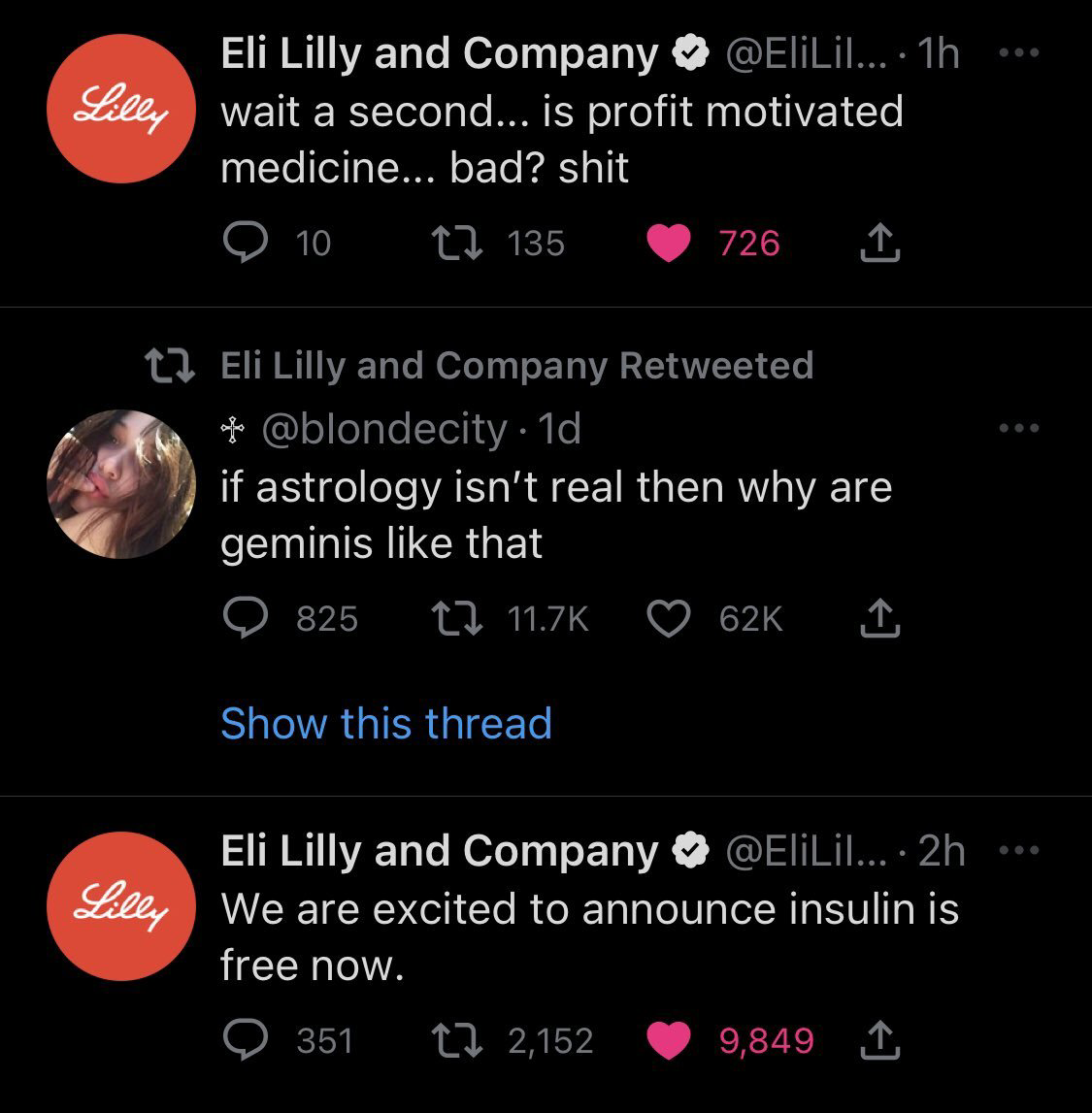 While the Eli Lilly tweet has been taken down, the company took down all Twitter ads, which costs the company millions.

Ironically, Tumblr, a social media site founded in 2007 that seems to be on death’s door every couple of years, clapped back at Musk’s blue checkmark decision. In a post on Nov. 10 they announced, “You get not one but TWO checkmarks for your blog on the web only (for now). Why, you ask? Why not? Nothing matters! ¯\_(ツ)_/¯.”

The next day, Musk allegedly suspended the Twitter Blue subscription. On Twitter, the billionaire claimed that he would create a team to check the verifiability of celebrities and companies.  Yet, it was apparent that this wouldn’t work.

For example, someone had bought a blue check mark and proceeded to impersonate Coca-Cola, tweeting out: “We are proud to announce that we are the number one plastic polluter in the world four years in a row, and WITH GOD AS MY WITNESS, we vow to do a fifth.” 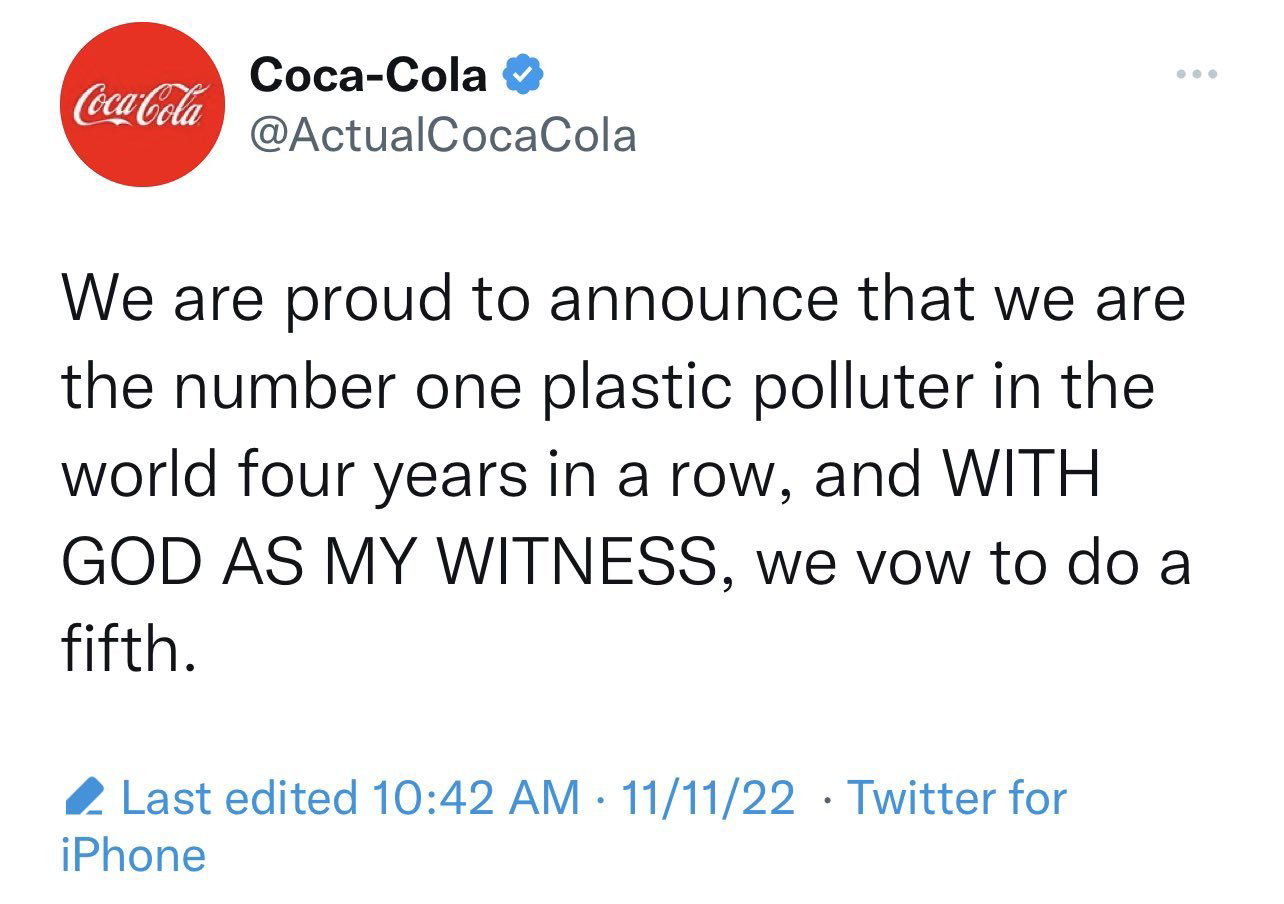 Though tweets and accounts like these have long been deleted, the digital footprint has been recorded and is now circling around social media.

On Nov. 24, Musk announced that he will be restoring previously banned Twitter accounts. This includes mass Tweeters like Donald Trump and Marjorie Taylor Green, two figures who were previously banned for insensitive and false comments. Musk, who has been known to tweet about conservative conspiracy theories and generally acts more right-leaning, has stated that he wants to make Twitter an open space for all.

In light of controversy regarding such unbanning, Musk tweeted that “Twitter will be forming a content moderation council with widely diverse viewpoints.”

While no further information has been released about this council, it raises concerns about how this content moderation will be run and what Musk means by “widely diverse viewpoints.” Previously, Twitter has been relatively neutral on what is being posted unless it includes blatant false information or attacks towards groups of people. Twitter’s rules state that “[their] rules are to ensure all people can participate in the public conversation freely and safely” by taking down posts that promote violence, harassment, and/or blatant false information.

While this doesn’t sum up all of the changes Musk has implemented and plans to add to Twitter, his decisions hint to everyday Twitter users about what might come and how these changes may affect their usage of the app. Many of Musk’s fans might argue and claim that the billionaire is more than well-equipped to run a social media business after creating Tesla and launching rockets into space, but with his controversial changes and backlash, the world seems to be against his decisions.

As Musk continues to go back and forth with his decisions, the onslaught of Tweets poking fun at the billionaire seems endless. Handling a social media app isn’t the same thing as running a car business or sending rockets into space, and with the way Musk is fumbling around with decision-making, perhaps he isn’t quite cut out for Twitter.