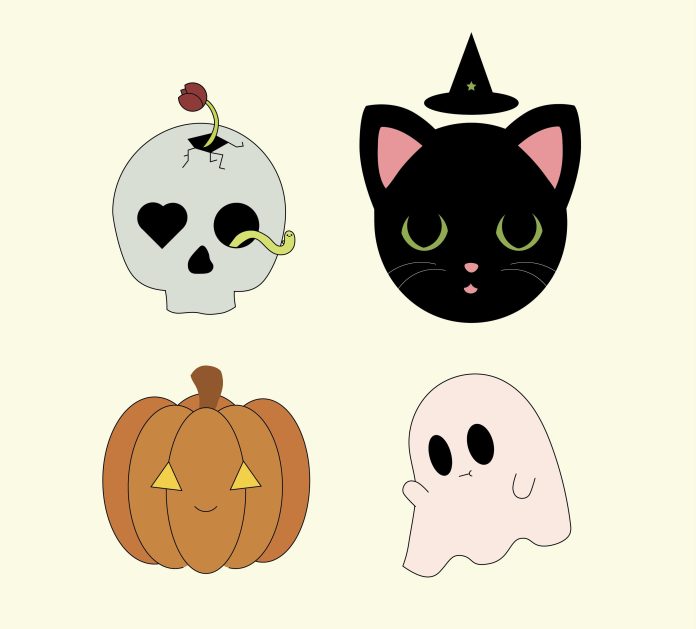 With Halloween fast approaching, a few of us may be looking for some costume inspiration. Or maybe you’re looking for a relatable character in some of the spooky season’s most iconic flicks. Whatever the cause of your fan behavior, The Bottom Line decided to do some research for you. Based on your zodiac sign, who’s your Halloween icon?

Hot-headed and relentless when pursuing his victims, Chucky is definitely the Aries of the Halloween world. Although (hopefully) not as bloodthirsty, Aries are incredibly ambitious, applying that assertive and energetic personality of theirs towards anything remotely competitive. Going neck-and-neck for first place in a pumpkin-smashing contest? Well, for an Aries, that’s child’s play.

Defined by a strong sense of loyalty, it’s only fitting that Jason Voorhees is the Taurus of this Halloween-themed character list. While his killing streak isn’t justifiable, his undeniable love for his mother and his desire to avenge her could be considered a green flag in the world of horror — emphasis on “could.”

In true Gemini fashion, Jack Torrance has an ambivalent nature and hates to be trapped, especially within a snowed-in ski resort. His loving and caring attributes also mirror those of a Gemini, although they are undermined by his… ax-wielding tendencies. Hopefully, you’re less like the later half of this iconic character this Halloween.

Known for their nurturing nature, Cancers typically have strong attachments to their home and families. Norman Bates, like a true Cancer, has an unparalleled loyalty to the Bates motel and to his mother, although he takes being a “mama’s boy” to a whole other level. Disclaimer for Cancers: there’s nothing wrong with having your mom as a role model, just make sure you don’t go too crazy for her.

Which Halloween icon is more about the show and the drama than Pennywise? Decked out in a very extravagant clown costume with makeup to match, one could say that Pennywise has out-of-this-world presentation flair, something that Leos pride themselves on. Even his fluffy red mane of hair resembles that of a lion, Leo’s very own spirit animal.

Methodical, devoted and on the quiet side, Virgos may find themselves relating to Micheal Meyers from the Halloween franchise. Meyers always seems to know where his victims are and finds the perfect opportunity to strike, embodying some serious studying skills that most Virgos possess naturally. Let’s hope that you just use those skills to “kill” your next test.

Perhaps the most well-spoken Halloween icon, Pinhead is articulate and intelligent, similarly to Libra. Inflicting torture and pain unto others is not one of Libra’s interests, but a Libra and Pinhead can both be diplomatic, well-balanced and logical individuals.

Just as Scorpio is perceived to be the most mysterious zodiac sign, the Blair Witch is the most elusive figure of her respective movie, perhaps even the most mysterious Halloween icon of them all. In spite of their cryptic natures, both the Blair Witch and Scorpio remain the talk of the town. Just to be safe, don’t go chasing a Scorpio with a video camera. Let’s just say that didn’t end well last time.

Patrick Bateman and Capricorn both have a killer work ethic in common, prioritizing their work with an almost obsessive, psychotic need to fulfill their high standards. Thankfully, most Capricorns won’t eliminate coworkers that they feel threatened by, although what kind of Capricorn wouldn’t want to be the best at what they do?

Matching Jigsaw’s innovative mind and (albeit twisted) sense of justice, Aquarians are truly one-of-a-kind in and out of Halloween’s most gory movie franchise. Plus, Aquarians and Jigsaw both value the importance of life — Jigsaw just has an interesting way of showing people how blessed they are.

Between her connection to the spiritual world and her empathetic nature, Carrie’s character has an undoubtedly Piscean persona. While the everyday Pisces may not have psychic powers, they do possess high levels of empathy and patience — until someone pushes them a little too far.

Whichever Halloween figure you relate to the most, hopefully, the only ideas that you take from them are their wardrobe choices! From The Bottom Line, have a happy spooky season and an even spookier Halloween.