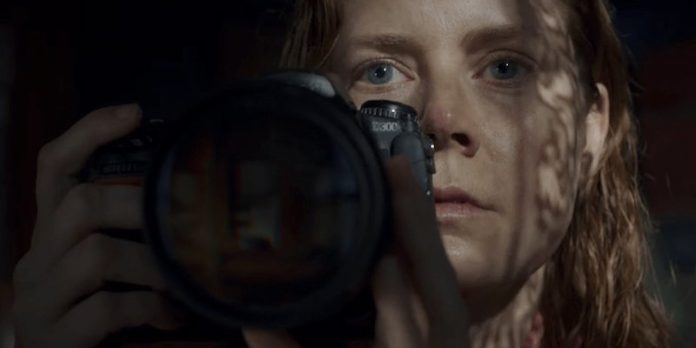 “The Woman in the Window” is a psychological thriller and A.J. Finn’s debut novel. Published in 2018, the book centers around ex-child psychologist Anna Fox, who lives alone in her New York City home. Anna suffers from agoraphobia, an anxiety disorder that makes it extremely difficult for her to leave her home.

She spends her days drinking copious amounts of wine, playing online chess, and spying on her neighbors. While watching her new neighbors through the lens of her Kodak camera, Anna witnesses a murder. Anna tries to uncover the truth about the murder from the confines of her home, but her world begins to crumble around her as secrets are uncovered and trust is broken.

When first introduced to this book, I felt unsure about reading a story with a narrator who never leaves the house, since that feels all too familiar with the world’s current events. I’m glad I did though because this book made me audibly gasp at least twice.

Throughout the story, we learn what led to Anna’s agoraphobia and just how many aspects of her life have been affected by the disorder. However, because of her alcohol dependency and her abusive habits with prescribed pills, Anna is definitely an unreliable narrator.

One intriguing element of reading “The Woman in the Window” is witnessing the unique ways in which Anna connects with others even though she is confined to her home. Along with her hobbies of playing chess with strangers online and watching her neighbors through her curtains, Anna is also an old Hollywood fanatic, so the book is filled with references to movies like “Rebecca” (1940) and “Gaslight” (1944), which carry similar themes to those in the book. Anna sees herself in each of those characters, which ultimately helps her cope.

In terms of a rating, “The Woman in the Window” earns itself a four out of five. It is not quite a five because there are some characters that were never fully developed and the beginning of the book is a bit slow.

Still, once the ball gets rolling, the twists and turns don’t stop. The reader cares about Anna as a narrator and finds themself hurting for her throughout the novel. Finally, the writing itself is beautifully descriptive, something one does not always expect from a thriller. Overall, this book offered an exciting reading experience and is certainly a worthy candidate for re-reading in order to look for any hints early on that one may have missed.

A movie adaptation starring Amy Adams as Anna is scheduled to come out this year on Netflix and I am absolutely watching it. I cannot wait to see Anna’s amateur espionage techniques on the big screen (my laptop). If you are interested in reading a “Gone Girl” or “The Girl on the Train”-esque book that will truly keep you on your toes, “The Woman in the Window” is for you.