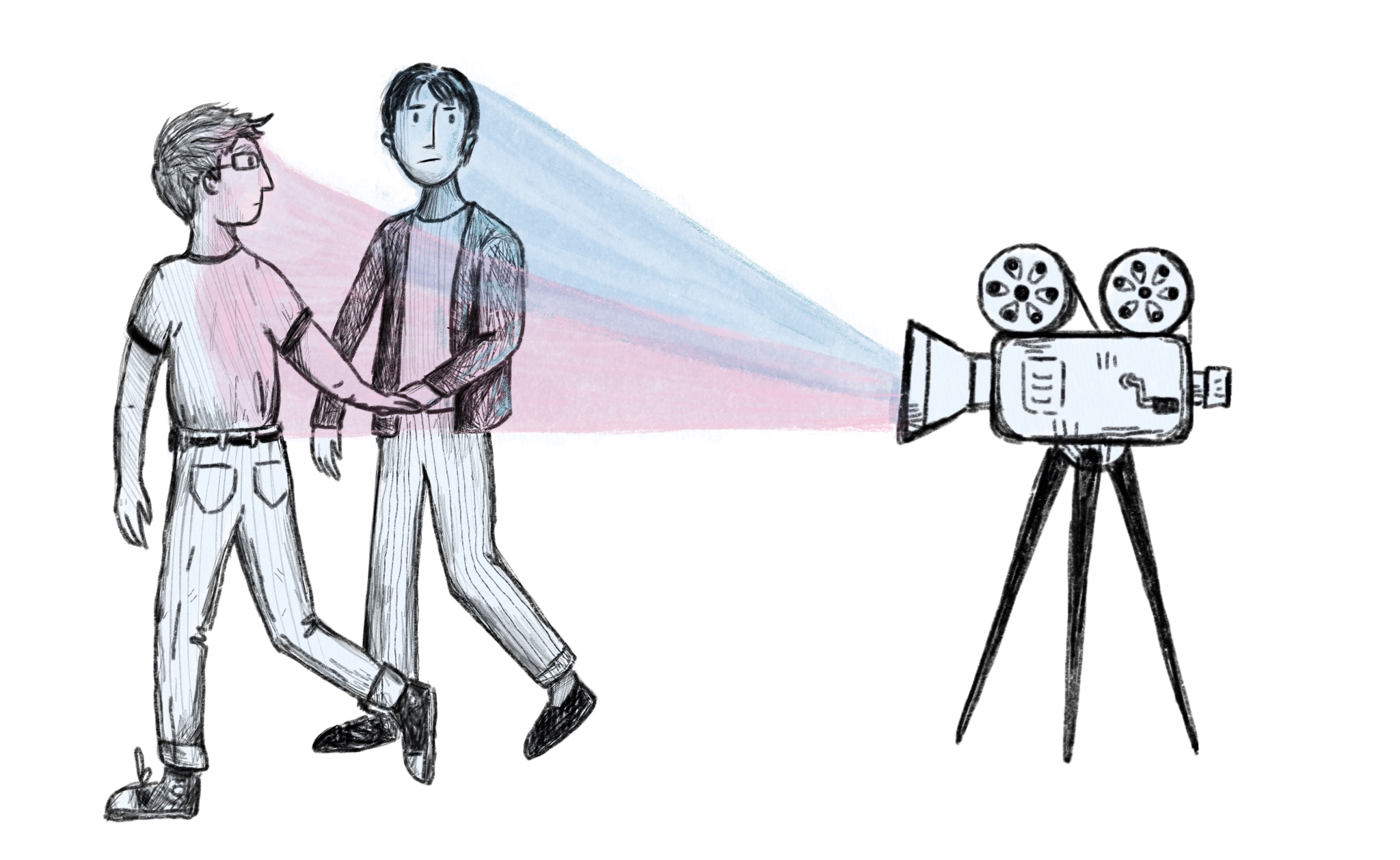 Back in my day as a bright-eyed, bushy-tailed freshman, one fateful night the Universe (and a generous helping of Kirkland vodka) guided my friends and I to a party on DP which we were assured would “pop off” any minute. We awkwardly stood in a circle, red Solo cups in hand, swaying to “Sicko Mode,” when we noticed a stray bro wandering toward us.

To set the stage, he was five Natty Lites in, and he’d adopted a Scottish accent while wearing a Texas University shirt and American flag shorts (a multicultural icon). After staring at me for a solid minute, off-brand Shrek asked me a question: “Are ye gay mate??”

I laughed it off and said yes, thinking that was that, but no, discount Braveheart wanted me to give him a deep dive into the gay lifestyle, the likes of which I hadn’t seen since my high school musical theater days.

“Are you a top or a bottom? Like, if you’re with another dude are you more like the girl or the guy?” he asked.

This may sound outlandish and I’ll admit I haven’t run into any drunk wannabe Scotsmen before or since, but the “top or bottom/girl or guy” question is one queer people hear quite often. Most queer people (myself included) find this question insulting because when straight people ask it, they’re asking you to validate yourself by mimicking straight romance and sexuality.

I’ll admit that for some, it can be comforting and familiar to understand yourself in terms of an unambiguous masculine/feminine framework, but the beauty of queerness is in its ambiguity. It offers the freedom to explore gender and sexuality without imitating straightness, because by definition queerness is a rejection of straight traditions.

This is to say that queerness is not an oddball parody of heterosexuality, but its own set of gender and sexual identities, making it impossible to “straighten out” in order to emulate heterosexuality.

It’s worth noting that this mindset is not exclusive to straight people; many queer people impose these dynamics on themselves because of pressure to perform gender, sexuality, and romance in palatable, familiar ways.

Many modern depictions of sex and romance are told from straight perspectives, which can cause queer people to internalize implicit messages that the only romantic and sexual experiences worth having must include a sharp masculine and feminine contrast. While there’s nothing wrong with enjoying masculine and feminine dynamics in your relationships, it’s important to remember that there are other — equally fulfilling — ways to enjoy sex and romance.

Feminine people often have feminine partners, masculine people have masculine partners,  genderfluid people have genderfluid partners, and so on and so forth. These relationships are just as fulfilling as the more traditional masculine/feminine paradigm, and allowing yourself to choose which dynamic works for you rather than blindly following “normal” gender dynamics will likely make your relationships more authentic and enjoyable.

On the surface, most queer people hate the “top or bottom” question because it’s rude and creepy for someone to ask intimate questions about your sexual preferences out of the blue.

But on a deeper level, this question is insulting because using someone’s gender expression to determine their sexual role (or vice versa) is laughable. There are feminine tops, masculine bottoms, and everything in between. This can even go beyond queer relationships, as it would be laughable to assume that all straight couples act the exact same way in bed together based solely on their gender.

The main issue with all this is that romance and sexuality — whether queer or straight — is not a black-and-white Etch A Sketch. It’s a messy, multi-colored Picasso painting; you can try to make logical sense of it but it’s best to appreciate it for its disjointed, avant-garde beauty.