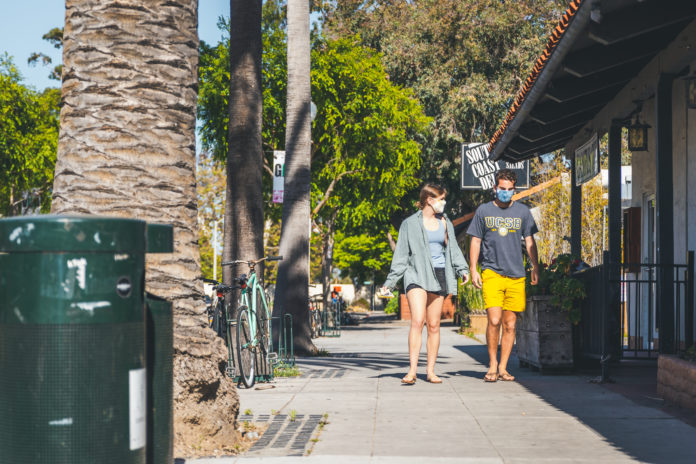 In a virtual interview with The Bottom Line (TBL), Interim Student Health Service Executive Director and Medical Director Dr. Ali Javanbakht provided his thoughts on how the next few months would look like for UC Santa Barbara (UCSB). He explained what UCSB researchers are doing to help the situation, and postive news despite the COVID-19 pandemic.

“Right now it’s really up in the air,” Javanbakht said. “If things continue to go as we’ve seen; if we continue with the physical distancing and staying home as long as we need to, if numbers continue to go down — then it could well be that there will be some in-person instruction in the fall.”

Although Javanbakht sees the possibility of students returning in the fall, he thinks it wouldn’t be 100 percent campus participation. Workers will need to modify restrictions to prevent large gatherings and sanitize frequently visited areas.

Another pressing concern students face is whether commencement will take place sometime next year.

“From a student perspective, this is a big deal and a huge milestone.” Javanbakht said. “A lot of our students are first in their family to graduate from college. I am hopeful that something will work out so we can allow students to have their moment but at the same time in a responsible way so we don’t put people at harm.”

Javanbakht thinks it’s risky getting large groups of people together in a closed-confined area. He suggests the university should look at it in two steps. They should first ask themselves, “Where are we in terms of the pandemic?”

Then, if the number of cases is really going down, they should ask themselves, “How can we hold this ceremony in a way so that there’s not as many people together for as long of a period?”

Despite the situation and uncertainty, Javanbakht is proud of what UCSB researchers are doing to contribute. He is particularly impressed on their ability to shift their focus and address this pressing issue.

“Their focus is on addressing the need, which is testing a lot of people and getting results quickly.” Javanbakht said. “Some faculty are looking at predictive models and taking the data from Wuhan to compare if we’re following that curve, getting better, or getting worse.”

Javanbakht is glad to see how the Santa Barbara community has contributed by following the implemented guidelines. He notes that their positive behavior has likely prevented hospitals in the area from being overrun.

“I’ve been pretty darn impressed with how the Santa Barbara area has implemented this,” Javanbakht said. “It’s not easy to do such a huge shift in the way people live their lives, but people have adopted it, done it, and sustained it for a long period of time.”

Although news coverage is often negative when it comes to the pandemic, Javanbakht wants students to know that Santa Barbara has remained prepared and under control to help its community.

As students and the community continue to adapt their lifestyles and follow directions from health experts, one thing is for certain: we’ve had a successful intervention. Some may think we’ve exaggerated and overreacted, but it is important to realize that the reason Santa Barbara does not have a lot of cases is because citizens took drastic action.

This is part one of a two-part series. Stay tuned for our next update on COVID-19 at UC Santa Barbara.