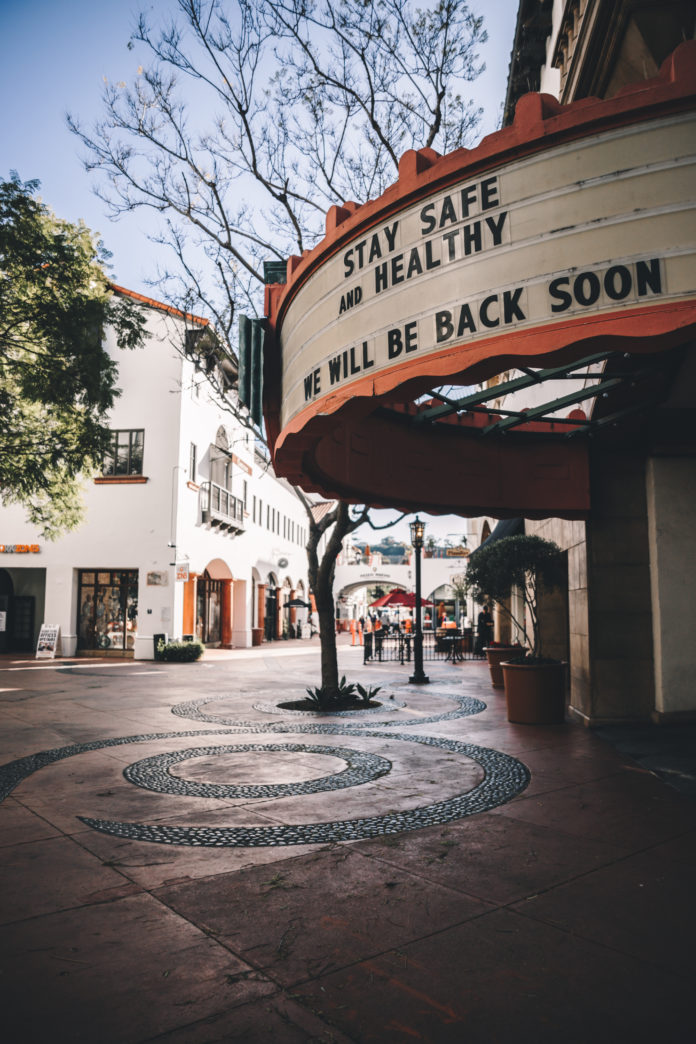 The way that audiences enjoy movies has been rapidly changing in the past 20 years. Methods for watching movies have ranged from VHS to more recent DVDs, and eventually the endless streaming platforms that we see today. With an ongoing pandemic and an already changing industry, one has to question what is in store for the movie industry.

In recent months, film studios have faced a predicament. Theaters have closed to uphold social distancing and safety precautions, leaving studios without the traditional method for releasing their films.

Theaters have been struggling to survive, being closed for long periods of time has cut into profits, and even the large chain AMC is rumored to be filing for bankruptcy. Consequently, numerous companies have postponed movie releases until traditional releases are a viable option.

Universal, however, has been a pioneer during these unprecedented times with its newest film, “Trolls: World Tour.” The studio released the film straight to home streaming for a rental price of $19.99 on platforms such as YouTube, iTunes, Vudu, Google Play, and Amazon Prime. This choice to skip a theatrical release is almost equivalent to the “straight to DVD” system of the past, leaving many skeptical if Universal would find success in this release.

For those unfamiliar with the concept, “straight to DVD” is when a studio creates a film and sends it directly to stores for purchase rather than having a theatrical release. Disney, for example, has done this multiple times in the past with many of  its sequels, with movies such as “The Lion King II: Simba’s Pride” or “Tarzan II.”

The direct digital release of “Trolls: World Tour” has been met with much success. Universal has stated that the film has been more successful than its predecessor, as well as breaking records for digital releases that include “most pre-ordered title ever,” “best-selling opening day,” and “best-selling film over its first three days of digital release,” according to Indiewire.

Universal’s choice to digitally release this film has opened more possibilities for future movie releases, potentially even those beyond the end of the COVID-19 pandemic.

Although this may be new and untrodden territory for large studios, the indie film community has used this method for a long time. For small studios, online releases are often more accessible and successful because of financial constraints related to physically airing films. With a plethora of existing websites that stream indie movies, smaller movie theaters have also gotten ahead of the game by shifting to online streaming options.

One example of how the indie film community is working through the pandemic can be seen with the SBIFF Riveria Theatre, located in Santa Barbara. The theater is currently offering its films for digital rental to serve as an alternative form of income during the closure.

Universal’s choice to digitally release its newest animated film leaves questions that may take some time to be answered. Streaming platforms have been steadily growing in popularity in recent years and have become extremely successful with their own films and shows. Netflix, for example, grew from a small rental company to broadcasting its own original shows and movies to over 180 million subscribers worldwide.

The success of streaming platforms like Netflix makes it hard to ignore the benefits of online streaming. This leaves one to wonder whether other studios will release films digitally as well, or stick out the pandemic to have a traditional theatrical release.

Some theaters have recently mentioned opening their doors — such as the theater chain Cinemark, which hopes to be opened by July. Studios face a complex decision in the coming months: whether they will release films if these theaters do open, continue to postpone releases, or follow in Universal’s steps to release films digitally.

Studios must also consider if the choice to release movies digitally is a temporary fix. Transitioning to online releases in the future could be beneficial to companies, but it’s uncertain whether all movies can be as successful as “Trolls: World Tour,” since theatrical releases have been the tradition for so long.

Additionally, the theaters that do air these movies must be considered in the transition to the post-COVID-19 movie scene. As fewer studios choose to air movies in theaters, companies may be forced to close locations due to a lack of revenue. Fewer locations would significantly change how new movies reach audiences.

With an already changing movie industry, the current pandemic has raised many questions: what will future movie releases look like? Are these changes from the pandemic permanent? Studios must look further into Universal’s recent success and consider options available to them going forward.