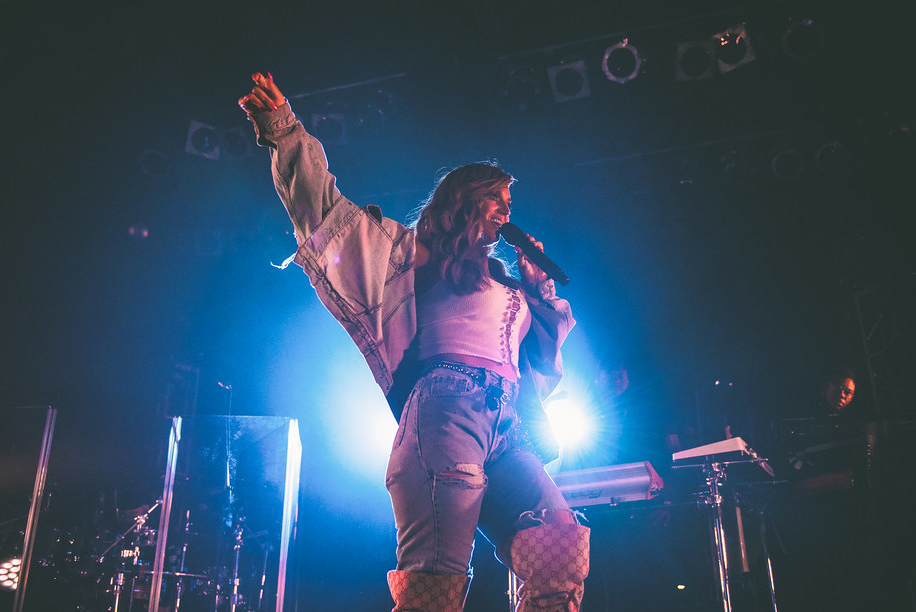 “We are who we are because of love,”  Alina Baraz shared with Apple Music about her first full-length album It Was Divine, which signifies her return to the R&B scene two years after the release of her last extended play, The Color of You.

Love is a major theme on It Was Divine, which debuted on April 24. The album is a dreamy exploration of a passionate relationship: the middle, the end, and the complicated aftermath. Baraz told Clash Magazine that the 16-track record “gives her the freedom to say what she wants to say,” while still allowing listeners to take what they want from her lyrics.

The result is a carefully curated blend of relationship-oriented songs that are universal enough to remain open to interpretation. Admittedly, Baraz’s songs lack the dynamic, aggressive lyrics of fellow R&B artists like Jhene Aiko and Lauryn Hill. However, her yearning, relatable lyrics about the all-consuming nature of love are achingly familiar to an audience of teenagers and twenty-somethings who may be experiencing their first tastes of love and heartbreak.

The album begins on a strong note with “My Whole Life,” a song written about the first electrifying jolts of attraction that seem almost too good to be real. “Is it me/Is my intuition wrong/Or does it feel like coming home?” This sense of breathless excitement continues on “Morocco” featuring talented rapper 6LACK and “Frank,” which begins with the sensual line, “Show me all you know/water me and I will grow.”

Track five on the album, “Gimme the Wheel” featuring rapper Smino, is one of the strongest songs on the album. Baraz’s lyrics convey her growing awareness of friction in her burgeoning relationship, coupled with her desire to work through relationship issues — “Say you been needing a break/I’m going to make it okay.”

“Found a little love, lost my sanity,” Baraz croons on stand-out track, “To Me,” a song that she released on her birthday in September 2019. It’s by far the most emotionally charged song on the album, and Baraz told Apple Music that “To Me” is the “most important song of [her] career, thus far.” Baraz refers to the song as “a toast to myself,” admitting that she wrote the song on the day she left her relationship after writing down all the things that she needed herself to hear.

“To Me” marks a turning point in the album, serving as a bridge between songs that are more relationship-oriented and songs that are more introspective and individualistic. “Who got me like I do,” Baraz wonders in the haunting chorus of “Who Got Me,” a melancholic tune where she comes to terms with the difficult realization that the person you can count on most is oftentimes only yourself. It’s a sharp departure from earlier tracks like “Frank,” with lilting lines like, “I look at you and see all the parts of me.”

Melancholy pervades the last few songs of It Was Divine, intermingled with hope and perhaps even a renewed desire for a relationship, albeit one where Baraz has learned from her past mistakes. It Was Divine’s final song is “The Beginning,” filled with nostalgic reminders of a relationship past even as Baraz longs for a new beginning, with lines like, “Can we just go back to us at the beginning?”

Self-reflection and maturity are the prevailing themes of this record and are likely to resonate with those in their early- and mid-twenties, the same age group as Baraz herself. This is the age where we learn to embrace love without fearing loss, and let our memories of the past shape our future instead of define it.

It Was Divine paints a picture of an artist who is coming to define herself while also embracing the fact that she will continue to evolve. Baraz reassures an entire generation of lovers and dreamers — as well as those who miss what could have been, or regret what might have happened — that their feelings are valid. Baraz’s lyrics seem to encourage us that it’s natural to miss someone even if you don’t regret leaving them, and it’s okay to think of people after they’ve gone.

It’s clear that for Baraz, the people who love you never really leave your side. “If I loved you once, I’ll love you for the rest of my life,” Baraz admitted to Apple Music while speaking about the album. “Even if we don’t end up together, I think we’re forever changed and inspired by that love.”

Listen to It Was Divine by Alina Baraz here through Spotify.