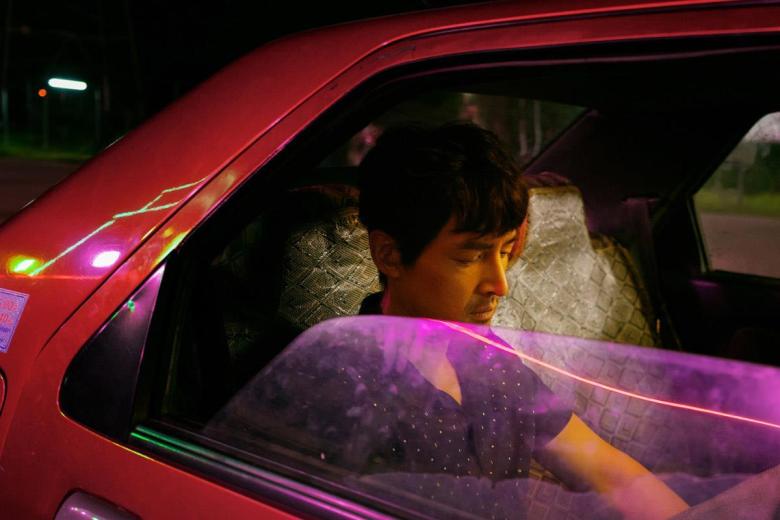 This review contains spoilers for “The Wild Goose Lake.”

As the COVID-19 pandemic forces cities to undergo shelter-in-place orders, movie theaters across the U.S. are suffering from closure. In an effort to stay afloat amidst this time of economic crisis, a number of indie theaters have partnered with film distributors to hold virtual screenings of new releases. The SBIFF Riviera Theatre, Santa Barbara’s only non-profit arthouse theater and host of the city’s annual film festival, has also turned to virtual screening.

“The Wild Goose Lake” from director Diao Yinan, which is among the films currently being offered in the SBIFF Riviera Theatre’s roster, stands out as a highly anticipated international release. The movie was released in the U.S. on March 6 and is now available through film distributor Film Movement’s platform, where it will screen until late April.

The neo-noir thriller debuted at the 2019 Cannes Film Festival as the only Chinese-language film in competition. Since then, the film has garnered favorable ratings and has been dubbed by The Guardian as “the best film at Cannes 2019 to not win a prize.”

Such begs the question: why no Palme d’Or?

The beginning sequences of the film obscure any answers. For a film decked in grime and bloodshed, the first frame is one of rain, pouring down on an empty train station tinted with dingy yellow light. Zhou Zenong, a recently released ex-convict and motorbike thief (played by Hu Ge), steps out from behind a pillar. Zhou is on the run from the police after shooting an officer during the midst of a gang war. He is approached by Liu Aiai (played by Kwai Lunmei), a sex worker known to locals as a “bathing beauty,” who offers him a disarming deal.

As the conversation between Zhou and Liu progresses, “The Wild Goose Lake” pulls audiences into the throes of, fittingly, a wild goose chase. Weaving through the crumbling outskirts of suburban Wuhan, the movie pursues a tale of waning morality that follows Zhou and the bounty on his head.

If there is one thing “The Wild Goose Lake” knows how to do, it is serving style. Typical of films in its genre, the film does not shy from violence, featuring no shortage of street fights and shootings. But where the typical Hollywood thriller may relish in its pseudo-masculine and orchestrated bloodshed, Diao offers a blunt yet simultaneously subtle portrayal of violence. This is perhaps best displayed through a surprising moment minutes into the film when the head of Zhou’s underling comes flying off, leaving only a necklace dangling on the gate of a tunnel.

The message is morbidly clear and impressive: Diao not only knows how to toe the line of violence, but also how to redraw it.

As Zhou slinks his way through the nooks and crannies of Wuhan, the film delivers on its neo-noir promise with a startling contrast of muted days and electric neon nights. It’s in the latter that Diao’s cinematography shines, reframing the decaying structures of a seedy suburbia into cerebral compositions.

But where “The Wild Goose Lake” astounds in stunning cinematography and sound production, it also falters in its narrative. As the film progresses, the intrigue of mystery mellows into confusion as viewers are led into abrupt, non-sequitur scenes. At one point in the movie, the police follow one of Zhou’s accomplices into a captivating shoot-out at a zoo, leaving audiences to rack their brains for how the film jumped to this sequence.

This lack of focus develops into a theme for the movie as the plot continues to escalate. One can’t help but be disappointed by the inclusion of a rape scene that feels irrelevant to the plot. In its hasty stitching of one stunning sequence to another, the film frays and begins to unravel at the seams. Perhaps the judging panel at Cannes shared this sentiment.

The heart of “The Wild Goose Lake” finds itself in the vague question of morality that dominates the film. Although Zhou is chased for his criminal behavior, the police in the film engage in similar, if not worse, tactics in their manhunt, from involving civilians in crossfire to posing with a corpse. Audiences would not be hard-pressed to find real-life relevance in an era where issues of police brutality never seem to stray from media attention.

Despite the film’s stumbling plot, “The Wild Goose Lake” still delivers a gorgeous, neon-lit vision of the criminal underworld, perfect for an escapist binge from the mundane daily life of a shelter-in-place.

The SBIFF Riviera Theatre’s website currently offers streaming links to three-day rentals for an average of $12, a portion of which goes to the theater.