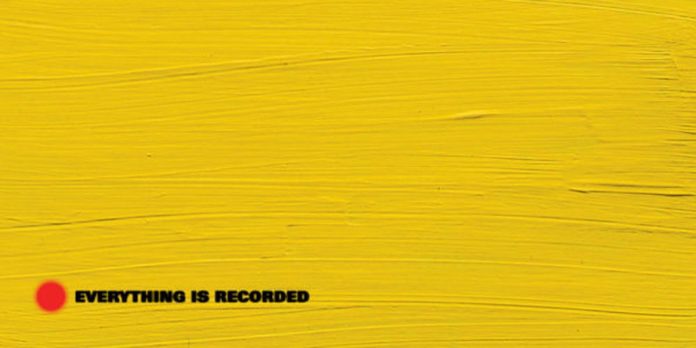 Everything is Recorded, the brainchild of U.K. producer Richard Rusell, made its sophomore release on major streaming services last Friday.

Tastemaker Richard Russell is no stranger to success. He joined XL Recordings (home to Thom Yorke, Frank Ocean, Adele, and King Krule) at age 20, and found himself owner and chairman of the iconic label by age 36. Russell made waves back in 2018 with the release of the self-titled, Everything is Recorded. Known for bringing unlikely acts together (most notably Jamie xx and Gil Scott-Heron), Russell uses Everything is Recorded as a vessel for fostering collaboration from music veterans and budding artists alike.

After a year-long hiatus, Russell is back with a second impressive album with a new roster of collaborators. Featuring sharp production and guest appearances from Ghostface Killah, A. K. Paul, and Aitch, to name a few, the aptly-titled FRIDAY FOREVER follows an unnamed protagonist along on a head-spinner of a Friday night.

“9:46 PM” sounds off the beginning of the night. With a calculated recklessness, Maria Somerville’s haunting voice goads the protagonist into diving in headfirst teasing, “the night won’t last forever.” Russell saturates the first half of the album with snappy yet forgettable industrial beats, paying tribute to his humble beginnings as a rave patron. One of the few sticking points on the first half of the album, rising rapper Flohio delivers an energetic performance over an understated but assertive beat on “02:56 AM.”

At “04:21 AM,” the album pivots to a more somber and cohesive sound. Singer Kean Kavanaugh finds our anonymous antihero “waking in a whiskey haze,” wondering what happened the night before on “09:35 AM.” Russell masterfully wraps Kavanaugh’s lilting vocals around a refreshing sample of Motown legend Lamont Dozier’s “Take Off Your Makeup.”

At times defensive, at times self-reflective, the majority of the project evokes a sense of loneliness. Berwyn says it best on “01:32 AM”: “I walk alone/I’m miles away.” At perhaps the lowest emotional point on the album, Russell introduces a choir on “11:55 AM.” This aesthetic choice, almost certainly deliberate, inserts a sense of community and togetherness that is otherwise absent throughout FRIDAY FOREVER. The delicate swelling of voices and emotions serves as a much-needed reminder that loneliness is only temporary.

The album closer, “11:59 AM,” welcomes the traveler back into the folds of reality with gentle strings and the pensive musings of philosopher and poet Penny Rimbaud.

We all know the feeling of going out, having too much fun, walking home alone, and waking up the next morning feeling a little sick and a little empty. As “9:46 PM” slowly makes its way toward “11:59 AM,” it becomes remarkably clearer who the album is about: you. With its reassuring universalism, FRIDAY FOREVER gives all of us a glimpse into our own experiences with loneliness.

AS Program Board Presents: Real Talk With Quinta Brunson

Practical Magic: Effects in the Era of Digital Filmmaking