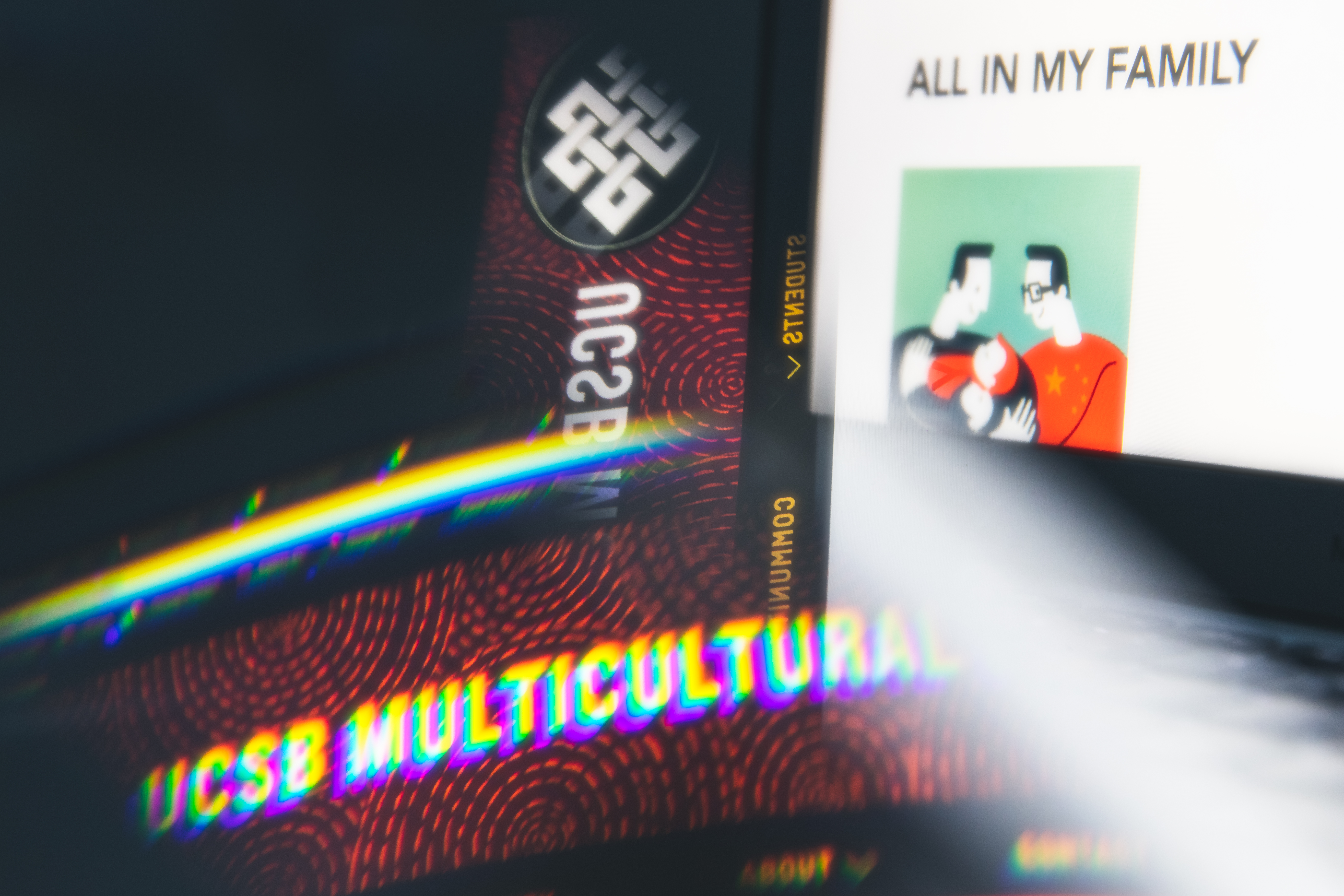 Last Wednesday, April 15, the UCSB MultiCultural Center (MCC) hosted its weekly “Cup of Culture” movie screening and post-film discussion on Hao Wu’s 2019 short documentary, “All in My Family.” The event was virtually hosted through Zoom.

“All in My Family” documents the experiences of Hao Wu, a gay Chinese American film director, as he and his partner start a non-traditional family and learn how to raise children via surrogate mothers amid backlash from Wu’s conversative family. But this 40-minute documentary is also about the cultural and generational barriers gay people all over the world have to overcome.

The opening scene shows the family of one of Wu’s surrogate mothers. This image of a typical nuclear American family that consists of a wife, husband, and children is juxtaposed next to Wu’s large, loud, and emphatically Chinese family. At age 20, Wu ran away from his home of Chengdu to escape his family’s Confucian values and live freely as a gay man in America. But as Hao puts it, “The son of a Chinese family can never run away from his past. At least not from his parents.”

Wu’s family is entrenched in traditional values and initially has difficulty understanding his sexuality, sometimes saying politically incorrect and hurtful things, but learns to accept him nonetheless. On the other hand, Wu’s maternal grandfather doesn’t know he’s gay. Every time he sees Wu, he constantly asks him to “bring back a wife” and have kids.

Wu and Eric plan to have two children via surrogate mothers, which upsets Wu’s mother deeply. His mother’s lack of support and homophobic perspective compels Wu to fulfill his wish of starting a family of his own even more.

“All in My Family” captures the threnodic paradox of wanting to live freely and truly to yourself while at odds with those you love the most.

When Wu’s mother disapproves of his choice to raise children without a mother, he reflects on one of the reasons he wants to start a family in the first place: “The more my mom objects, the more I am determined to have the life I want. To build my own family and give my kids something I don’t think I ever had from my parents — the support for being who I am.”

Like the 2019 film “The Farewell,” Wu’s coming-of-age story is heartwarming, just as it is heart-rending. And despite the harsh reality of family life, it is inspiring. “All in My Family” captures the threnodic paradox of wanting to live freely and truly to yourself while at odds with those you love the most.

While I don’t want to spoil the main conflict and ending of the film, it ultimately does a wonderful job at exploring what it means to be true to one’s heart while recognizing the compromises that must be made to be part of a family.

In this time of quarantine, many viewers who are stuck at home with their parents may relate to the stress and restrictive parenting depicted in the film. But if there is anything that  “All in My Family” shows, it’s that there is no such thing as a “normal” family. Our flaws do not mean that we cannot be loved nor that we cannot love each other.

For many of us, this may be the first time since leaving for college that we’ve stayed with our parents for an extended time. After this pandemic is over, this may be the last time that we spend this much time with our families again. This film is a reminder to be compassionate and understanding towards our loved ones while we’re still together.

“All in My Family” can be streamed on Netflix. The MCC will continue hosting “Cup of Culture” every Wednesday of spring quarter from 5:30 to 8:30 p.m. More information can be found on its Facebook page: https://www.facebook.com/ucsbmcc/.