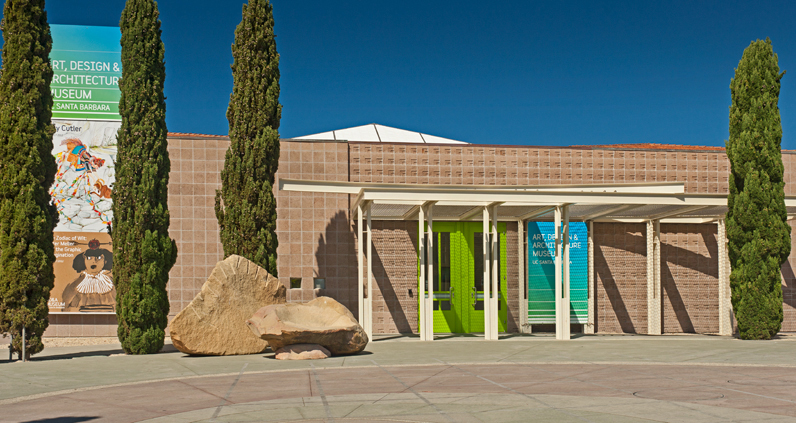 The act of moving from point A to point B can seem trivial and not worth contemplating about, yet it is principal to human nature. From our inception as a species, man has been a migrant, setting out from our African cradle to settle in all four corners of the globe. Even in modernity, human migration is constant, from the international student pursuing her education abroad to the refugee seeking a better life for his family.

On March 4, students, alumni, and faculty from both the physical and social sciences crammed into the Arts, Design, & Architecture Museum, also known as AD&A Museum, for the announcement of “Human Mind and Migration,” a global initiative founded by Impactmania, aimed at understanding the cultural, religious, and psychological effects of human migration.  The program, in collaboration with UC Santa Barbara’s neuroscience research institute, religious studies, and art departments, digs deep to highlight specific instances of human migration.

Impactmania is an award-winning online platform featuring people and projects that drive cultural, social, and economic impact. Their mission is to inspire, involve, and connect the current and next-generation through programs that shed light on relevant socio-cultural issues. The platform was founded in 2016 by Paksy Plackis-Cheng, the senior fellow of research and media at the AD&A Museum.

Impactmania’s first project, Women of Impact, featured 300 original interviews with female impact makers from 30+ different countries. The project has received recognition by the United Nations (U.N.), The White House, and many international research institutes. In 2019, Womens of Impact even won The U.S. Embassy Public Diplomacy Grant.

During the reception, The Bottom Line (TBL) had the opportunity to converse with some of the undergraduate contributors to the project. Most notable was Laic Beugre, a fourth-year philosophy major. Mr. Beugre’s research explores how Estonia’s E-residency affects the politics surrounding migration and the ethics of being a migrant.

Originally designed for digital nomads, or foreign online freelancers, E-residency is a program that allows non-Estonians access to Estonian services, such as company creation, banking, and taxation. In essence, the program grants digital nomads the luxury of being Estonian without ever living in Estonia. Laic posed the question, “If social identity becomes something we buy, sell, and give to those we favor, what does that mean for a migrant worker?” If social identity is a commodity of trade, what does that spell for the immigrant trying to find a home for his children abroad?

The day after the event, The Bottom Line sat down with Mrs. Plackis-Cheng, the program’s founder, to get her personal take on the matter of human migration. “It is such a global issue we’re facing. Like every country has to deal with migration and it is a part of who we are, as humanity, and it’s being so politicized, that we wanted to talk about it, neutralize the term migrant even.”

In TBL’s interview with Mrs. Cheng, she described herself as a serial migrant and detailed her views, as a migrant to the U.S. some 17 years ago: “We really don’t represent migrants in a fair light … because most of the migrants add to not only the social and cultural richness of a country, they add to the GDP [gross domestic product], right? Most of them are law abiding, tax-paying citizens, right, and so, in the news, nowadays, it’s a very one-sided view of what a migrant is.”

In recent history, America, the so-called melting pot of the world, has been inundated with discourse surrounding border walls, deportations, and xenophobic attacks. In an age where migration has been so misrepresented, the “Human Mind and Migrations” initiative offers the world a chance to reconcile the mistakes of our past and bring to the forefront a reality that isn’t so one-sided.