What does it mean to inspire? Kobe Bryant’s ability to fill so many with the conviction to chase their loftiest aspirations and become the best versions of themselves was unprecedented. This attitude, dubbed by Bryant as the “Mamba Mentality,” extended far beyond his countless hours spent within the Staples Center in the heart of Los Angeles.

Bryant’s emphatic successes on the court and his philanthropic endeavors off the court cemented his presence in the eyes of many as a hero, role model, and icon.

In 2016, Bryant closed the book on his 20-year National Basketball Association (NBA) career, ready to move into a new chapter of his life as an author, business owner, and father of four children. On the morning of Jan. 26, Bryant died in a helicopter crash.

Across the country, people gathered to mourn the loss of a legendary athlete and public figure. On Sunday evening, hundreds of U.C. Santa Barbara (UCSB) students gathered at Storke Tower to pay respects, share memories, and partake in a moment of silence at 8:24 p.m., honoring the two numbers Bryant wore in his NBA career.

Kobe Bryant had a closer connection to the UCSB and Santa Barbara community than many might think. For eight years, Bryant held his Kobe Academy basketball camps on UCSB’s campus, coaching youth aged 8 to 18 about basketball. He used this platform not only to share his extensive knowledge in the game of basketball, but also to enable the next generation to discover what they were passionate about and pursue it.

Bryant also took opportunities to give back to UCSB students, even engaging in an interview conversation with Jon Spaventa, former chair of the exercise and sport studies department, during two of the department’s 2011 class meetings.

As seen in a video shown by Spaventa to students in his class, Bryant graciously answered audience questions for over an hour, providing young undergraduate students with an unparalleled perspective on his personal life and professional career. Upon being gifted some Gaucho apparel, Bryant held up his new UCSB hooded sweater. “You guys don’t believe me, but I’m gonna rock this,” Bryant said.

The wound from this unspeakable tragedy cuts a little deeper for the city of Los Angeles. A place Bryant called home throughout 20 career years of highs and lows must now cope with losing a community leader that united every diverse subsection of the sprawling urban landscape.

Ash Ghiassi, a fourth-year UCSB student, grew up in Los Angeles as one of the many local kids who witnessed Bryant’s exceptional tenure in the purple and gold. For Ghiassi, Kobe Bryant of the Lakers was synonymous with the entire sport of basketball. “I remember when I first got a computer, I had watched YouTube videos and eventually edited my own Kobe highlight reel. I must’ve been 10 or 11 years old,” Ghiassi recalled in an interview with The Bottom Line.

A piece of Bryant’s contagious enthusiasm and vitality lived in every resident who revered his achievements. The Mamba’s relentless approach to the challenges dealt out by life made some of the personal obstacles in our lives seem not quite as insurmountable as one may initially think.

Although Bryant won’t be here to witness the innumerable accolades, Hall of Fame inductions, and biopics dedicated to his life and career, his incredible achievements and preachings will continue to inspire future generations of athletes and non-athletes alike. 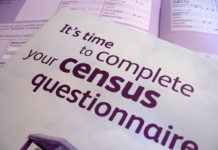 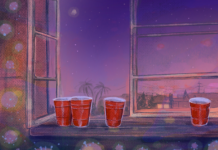