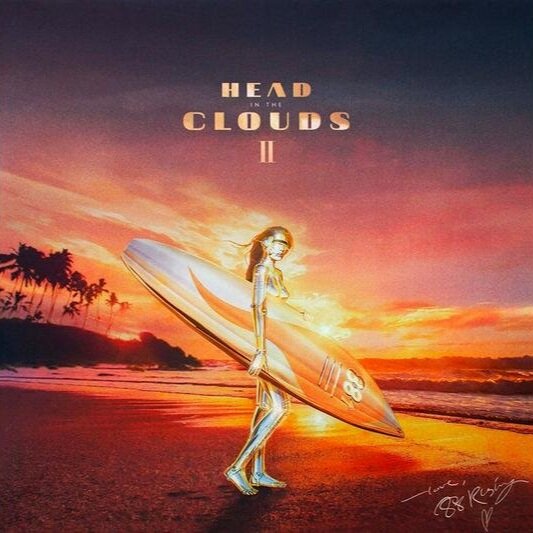 On Oct. 11, 88rising, a growing mass media company owned by Sean Miyashiro, released their latest album, Head in the Clouds II. By collaborating with artists from various Asian cultures and backgrounds, 88rising has been able to shine a spotlight on Asian artists as well as their cultures that audiences may not have been aware of. Their unique style incorporates different genres of music and tailors to a large audience.

Following the major success of Head in the Clouds, the new album had a high bar to meet. After its release, it was evident that Head in the Clouds II easily exceeded expectations and delivered an amazing compilation of music for eagerly awaiting fans. It features songs of multiple genres, including rap, RnB, pop, and hip-hop, all while incorporating their vast backgrounds.

What sets 88rising apart from other artists is their dedication to maintaining a largely collaborative and diverse company. They recruit multiple contributors who collectively create a functional album that reaches a wide audience. A dozen different artists with their own backgrounds combine their respective styles to develop a distinct sound, the face of 88rising.

Not only are they new and unconventional, 88rising also incorporates Asian culture into their music. The contributors of 88rising integrate their languages and accents into their music, proving they are proud of their backgrounds and upbringings. Through their music, the artists and producers of 88rising hope to break through stereotypes and stand as a representation of the Asian minority.

In “Need is Your Love,” Japanese artists Joji and GENERATIONS from EXILE TRIBE sneak phrases from their native language into the verses. Although GENERATIONS from EXILE TRIBE is not a member of 88rising, their style in collaboration with Joji, or George Miller, create an unconventional love song. In “These Nights,” Rich Brian and CHUNG HA tell a two-sided story about young love, while also incorporating short Korean phrases. MaSiWei and DZ, members of both the Higher Brothers and 88rising, rap and sing their verses in Mandarin in the song “Tequila Sunrise.” The song features two raps, the first in Chinese, and the second in English, showcasing that both languages can dominate all genres of music.

NIKI’s three songs, on the other hand, provide a mellow and melodic style within the diverse album. “Strange Land” creates a beachy vibe through its comforting harmonies that tell a story of lost love. Similarly, “La La Lost You” reflects on a past relationship that ended with one of the partners moving across the country, ending all possibility of rekindling the spark in the future. “Indigo,” on the other hand, is more upbeat and falls into the pop genre. Its sassy nature is perfect for NIKI, a powerful and sensual influencer who not only stands up for Asian minorities, but also women.

88rising and their fans have made it possible for Asian artists to be recognized in the music industry, hopefully paving the way for more diversity in the future. Their work in fighting for minorities has not only earned them a spot on the charts, but also inspires young, aspiring artists to strive for their dreams. Fans praise the media company for representing the Asian community and creating music that is not only enjoyable to listen to, but pays homage to their cultures as well.