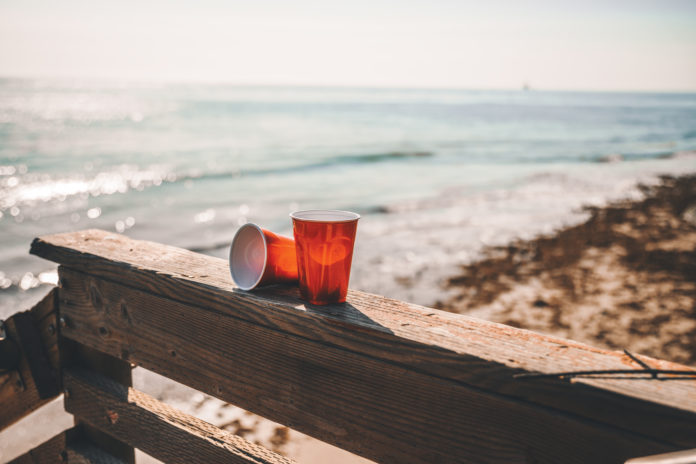 Since mid-October, students at UCSB have been notified of at least three different instances of sexual assault on fraternity property via Timely Warning emails from the UC Police Department (UCPD). In addition, on October 24th, the Daily Nexus reported two separate assaults that had taken place on October 3rd, but the university did not release any sanctioned information regarding the incident.

The email sent to UCSB students also acknowledged that the administration was aware that “additional incidents may have occurred at other fraternity events in Isla Vista.”  In response, the Inter-Fraternity Council (IFC) halted fraternity activity for five days to “re-examine current risk management strategies.”

On Oct. 24, the Daily Nexus also reported that one member of Sigma Pi had been removed from the organization following allegations of sexual assault from two separate women on the night of Oct. 3. Finally, on Oct. 28, another timely warning was sent to students regarding a separate rape that allegedly occurred on Oct. 26 in the Sigma Pi fraternity house, according to a police report filed the following day.

This adds up to at least five reported assaults, including:

After receiving the initial report on Oct. 17, many UCSB students took to social media to criticize the lack of identification regarding the fraternity(s) and perpetrator(s) in question. Several voiced their displeasure about the frat’s anonymity, feeling that it kept the community in the dark and shielded the criminal from consequences.

“This is not an isolated incident. Our university’s crime reports dramatically omit many of the assaults, & fail to give us the names of the fraternities under investigation so we have no way of protecting ourselves…,” said fourth year sociology student Ashley Clark in a tweet.

In her address to the A.S. Senate on Oct. 23, President Alison Sir announced a town hall about sexual violence, taking place on Nov. 14th, at Loma Pelona Center, from 6-8. Furthermore, she stated that she had informed the school administration about the student backlash to the Oct. 17 timely warning, but held that the university was trying to take any possible measures to ensure safety.

Title IX, a law that states that no person can be harassed, discriminated against, excluded, or otherwise made uncomfortable due to their sex in a workspace or public institution, was written to ensure that survivors can report privately, and maintain their anonymity after the process.

This means that the perpetrator (and any of their affiliations) would not be made public to avoid survivor identification by proxy. In addition, many Greek organizations are managed by the Office of Student Life (OSL), which helps organizations secure advising, funding and membership.

However, under the Clery Act, leaders of recognized organizations have no administrative obligation to report incidents of sexual violence or harassment to the police. The act requires that designated individuals “with significant responsibility for student and campus activities” report crimes to UCPD.

While crimes committed on Greek Life property must be reported by Campus Security Authorities (CSAs) under the Clery Act, Greek leaders are not actually considered CSAs  — there is little infrastructure in place for the school to inform students about who committed these acts, and fraternity leaders are not obligated to report on events.

In an interview with The Bottom Line, Senator Hadidi admitted that it’s hard to “find the balance” regarding privacy between survivors and perpetrators, mentioning that it had become a point of discussion for her and her team. However, she doubled down on the comments she made during the Oct. 23 senate meeting.

“Without exposure, we can’t ensure the fraternity is being held accountable, and consciously [cut the perpetrator] out of the frat and events.” She continued that it’s the only way to ensure they are complying with the school and police, as “unfortunately, with sexual assault, it’s black and white,” adding that that the perpetrators of the crimes should be investigated and punished to the full extent of their misconduct.

At the time of this article’s print, the fraternities prominent in the investigation have not been named by the university, which is obligated to announce any information if a fraternity is officially marked for probation by the OSL. The OSL’s website also has a separate categorization for orgs currently in good standing but still under investigation, a designation that prohibits groups from holding events.

The OSL website specifies that “Interim Suspension Status is not implemented as a punitive measure,” or to punish fraternities, but simply to signal their status to the community, continuing that investigated organizations will later be re-designated as “In Good Standing” or under “Probation/Suspension.” However, no fraternities are listed as of now despite the university’s announcement that multiple fraternities are currently under investigation.

Despite the lack of communication and transparency, Hadidi (a member of Greek life herself) isn’t advocating for abolishing frats, stating that “Greek life provides a lot of opportunities for students, in teaching leadership skills, a home away from home, and friendship.” However, she is adamant that a lack of accountability from an organization taints the whole, and these issues must be dealt with by “digging from the root.”

In her address on Wednesday, President Sir announced the formation of a task force to do just that. Currently in search of faculty, senators, representatives of Greek life, and other “university stakeholders,” the force will take a holistic approach to dealing with the issue of sexual violence in Isla Vista.

Senator Hadidi shared her doubts about the traditional method of interpersonal violence prevention, which takes the form of workshops and training sessions. “We need the focus from [the administration] to shift from ‘consent culture’ to tangible prevention and accountability,” adding that spreading knowledge about consent laws unfortunately cannot stop every crime.

According to UC Santa Barbara’s Sexual Violence Prevention and Response reports, Hadidi’s claim was substantiated: while education regarding consent has definitively blossomed throughout the past few years, roughly the same proportion of reported incidents are investigated.

While more reports are filed every year, there is also a very similar proportion of “cases assessed that did not meet the standard for investigation” — the number of legitimate assaults every year hovers around the same number. These findings point to the fact that although more people understand the rules of consent, it appears that no fewer assaults are happening.

According to a report on 2017’s Greek Leader Retreat, Greek life leadership does not seem as concerned with prevention as much as education. While three groups offered that policy education should be mandatory, and two groups suggested Green Dot trainings and green shirt days to indicate unity, only one group indicated that Greek Life should “emphasize safety, not how to get away with things,” and no other groups agreed on the record.

While it is currently unknown whether the reports of Oct. 28 are related to those which occurred on Oct. 5 regarding the use of date rape drugs, it marks the fifth alleged assault from a Greek-lettered organization in October, and the third naming Sigma Pi. In addition, students have not been officially informed of the Oct. 3 attacks via the Clery Act, and it is unknown at this time if they will.

This is the first of an ongoing series of articles investigating sexual assault within our campus community and Isla Vista in general. If you have any information relating to the incidents on fraternity property, or wish to share your thoughts or your story, please email The Bottom Line at news@bottomlineucsb.com