On Sept. 16, Governor Gavin Newsom signed an executive order aimed at combating the vaping epidemic in today’s youth. The order followed the Centers for Disease Control’s (CDC) publishing of the thousands of illnesses and multiple deaths resulting from the use of vaporizing THC and nicotine devices. This is a nationally recognized problem that U.C. Santa Barbara (UCSB)’s Alcohol and Drug Program is attempting to bring awareness to as well.

“We certainly have been noticing over the last couple years that more and more students are coming in with concerns about vaping and how it has impacted them in more severe ways than they would have ever expected,” said Jackie Kurta, director of UCSB’s Drug and Alcohol Program, in an interview with The Bottom Line.

The CDC has confirmed about 1,299 lung injury cases associated with the use of e-cigarette or vaping products as of Oct. 8 of this year. There have been 26 confirmed deaths across 21 different U.S. states.

This problem is so prevalent that Governor Newsom has launched a $20 million public awareness campaign to inform of the dangers of using vaping nicotine and cannabis products, as well as to cease the sale of these currently-legal devices. While the studies show that vaping THC is more closely related to these illnesses, it is also being urged to stop vaping nicotine devices as well.

“We must take immediate action to meet the urgency behind this public health crisis and youth epidemic,” said Newsom while announcing the campaign.

On Oct. 9, UCSB’s Student Health office sent a public health advisory email to all UCSB students. This informed the consequences of using vaping products, and it shed light on the California Department of Public Health’s (CDPH) issuance of a health advisory to abstain from vaping.

“The California Department of Public Health (CDPH) in Sacramento issued a health advisory today urging everyone to refrain from vaping, no matter the substance or source until current investigations are complete,” the email reads. “As of September 24, 2019, CDPH has received reports that 90 people in California who have a history of vaping were hospitalized for severe breathing problems and lung damage, and two people have died.”

Aside from mass emailing, UCSB has begun to implement multiple awareness programs of their own. The Alcohol and Drug Program will introduce “Reduce the Juice” workshops, which will be available around week seven of this quarter.

Such workshops will allow students to come in on their own time to learn about coping and behavioral skills that will help decrease their vaping urges. Some of these skills include mindfulness, yoga, and urge-surfing. This is a free and confidential four-week program that will provide tools for students who are ready to make healthy changes in their lives.

“Basically it’s just helping students look at their vaping habits and educating them about what we do know, as well as giving them the skills to deal with those habits,” said Justin Smith, director of the program and Counselor/Educator for the Alcohol and Drug Program.

As of this year, a vaping/nicotine portion has been added to Gaucho FYI, a mandatory college-life workshop for incoming freshmen and transfer students. Due to the vastly widening problem, this is the very first year that UCSB has had to implement that section.

According to a study done by the University of Michigan, in the past 40 years, vaping marijuana is one of the greatest one-year proportional increases of substance use among college students. This growing problem is the sole reason college campuses are making their best efforts to bring awareness to the dangers of the habit.

Along with “Reduce the Juice” and the Gaucho FYI workshop, UCSB’s Life of the Party student group has been tabling on campus and around the Isla Vista community to increase awareness leading up to their own peer-led vaping workshop. “We’re hoping that everybody can get the idea that this is an epidemic and not just a casual activity,” said Omari Pryor, the Alcohol and Drug Program’s communication manager.

The availability and casualness of these products is part of the reason these devices are being perpetuated as a casual activity. “I will hit it when I’m drunk because I’m in a social setting where others are doing it too,” says fourth-year UCSB student Jane. “I am aware that this is not the best thing for my body, but neither is binge drinking.”

UCSB students can take self-assessment tests on the Alcohol and Drug Program’s website to assess their vaping habits and see if they should consider it a problem. These assessments can be found under the resources tab of the program’s website.

While many efforts are being made to raise awareness and prevent vaping habits, the Alcohol and Drug Program’s main goal is to help students make decisions that will not harm their future health. 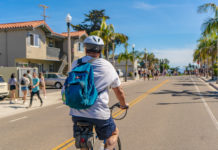 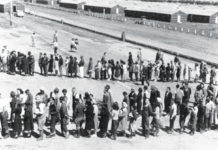