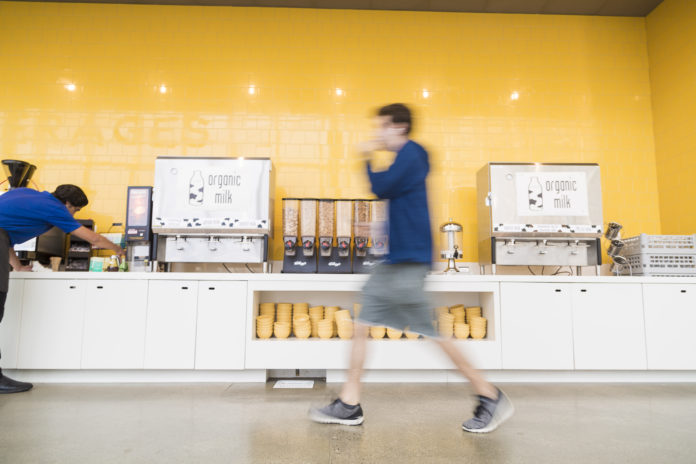 Introduced by A.S. President-elect Alison Sir, the vending machine is intended to address food insecurity among residents by allowing those who qualify to enter their perm number (if they’re a UCSB student) or use a card with an individualized barcode to access food.

According to Sir, the single vending machine for the pilot program would cost around $14,000. In its early planning stages, Sir is eyeing Vendek Wholesale Equipment, Inc. as the provider for their unique refrigerated and accessible technology.

To address the issue among students, the A.S. Food Bank has expanded their pantry hours from three to four days a week and continually promotes resources and services for students like CalFresh. As of April, UCSB has the highest CalFresh registration numbers in the UC system with 2,619 registered students, according to Katie Maynard, sustainability coordinator at UCSB.

But even services to combat food insecurity like food pantries and CalFresh benefits leave gaps in accessibility.

Alex Moon, a fifth-year biopsychology major, described the struggle that students face when trying to access food outside of food bank hours, whether due to coming home late from studying at the library or accessing food with a busy work schedule.

“Students go on campus to stay late at night and are not able to access food unless they prepare food in advance,” added Sir, who hopes the project will help feed SBCC students and I.V.’s homeless residents as well.

The vending machine would also alleviate food concerns for undocumented students and residents who are unable to apply to CalFresh benefits due to their status.

“I have a lot of undocumented residents and they’re unable to apply to CalFresh benefits because this data can get reported over to ICE and they’re at risk of deportation,” said Daevionne Beasley, second year sociology major and External Vice President for Statewide Affairs (EVPSA) elect.

“This project that Alison is working on,” Beasley said, “while it won’t completely eradicate food insecurity, it will allow these students to have a little bit less time worrying about where the next meal is going to come from.”

Moon, who is also a Program Coordinator for the Edible Campus Project, believes that the proposed vending machine would provide more nutritious options than readily available foods offered at A.S. food bank pantries.

However, having introduced their early proposal, the team behind the 24-hour vending machine still has a long way to go before launching the pilot. Director Ethan Bertrandt suggested the team narrow down the target audience of “food insecure” eligible residents, while Director Robert Geis cautioned them on health regulation issues like possible food poisoning.

With their feedback in consideration, Sir says the team will be working towards determining a consistent source of food and drafting a budget for the program. Ultimately, their hope is to launch the vending machine program this year.