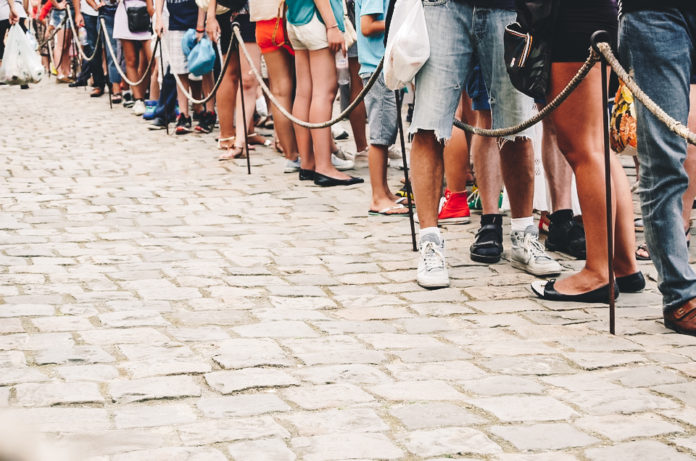 UCSB’s 2019 Extravaganza Festival, which welcomed Peach Pit, Deorro, Empress Of, Aminé, and Playboy Carti, featured some of everyone’s favorite Isla Vista staples: mass disorganization, at least seven intoxicants, and that guy who asks, like, way too many girls to get on his shoulders.

The first musical group, Peach Pit, took the stage and belted out cleverly titled indie hits like “Seventeen” and “Being Normal” while dressed in contractually obligated pastel sweater vests and long-sleeved polos.

In an interview with The Bottom Line, Spencer, a second-year dance major, had this to say about their performance: “Yeah, it was pretty obvious that their guitarist was swaying his instrument around trying to fan himself. No one needs that much energy for dream pop.”

Spencer continued, “Everyone saw the drummer keep trying to take off his overalls that were somehow tucked into their own pair of pants, but some guy in a suit keep shaking his head and glaring at him from off-stage. It was kinda embarrassing.”

After the bassist fainted from heat stroke and was dragged limply off stage, Empress Of arrived. At the time of print, we’re still not quite sure what she is the Empress of. Canada? A small diamond mining camp overseas? Middle-Earth? An empty Harder Stadium? Her management declined to comment, but she delivered a solid set anyway.

It was around this time that the lines outside the stadium became inhumanely long. Apparently, no one wanted to hear Indie Band 22: Electric Boogaloo, or the way clouds must sound, just distilled into music. Instead, festival-goers rushed the venue to see rappers Aminé and Playboy Carti.

The lines lasted for an hour, snaking past Student Health and leaving many students in nothing but fishnets and bandanas to realize that those aren’t really the best “waiting around” clothes. While many students swayed from side to side with Deorro’s set, it probably had more to do with blacking out in line than his DJ prowess.

Police even guarded the gates of the stadium, perhaps in case Public Enemy #1 decided here and now was the place to make an appearance. I spoke to one of the officers, Raymond, about the precautions taken at the event.

“These five-foot girls in line? Dangerous. Dangerous. When they get rowdy they can tie their crop tops together like a whip to storm the gates. Clambering over one another like the zombies from “Train to Busan.” All hopped up on Smirnoff Ice. This is a thankless job, you know. Did you hear me? A thankless job. Write that down. Did you get it? Did you?”

The lines weren’t all bad, however. The A.S. Program Board set up computer stations throughout the lines so that students could finish their homework while plastered. One student even found an early, pirated copy of the “Game of Thrones” finale and gathered a crowd around her iPhone 6S. I asked said student to comment, but all she did was sigh and shuffle home.

Eventually, Aminé got up on stage and everyone in line got to hear his music the way that he and his producers truly intended: bouncing off the Santa Ynez mountains and reflected to a sea of faded teenagers who really, really needed something to focus on so they wouldn’t throw up.

Near the end of his set, Aminé said “Lemme see these pits.” Immediately, everyone’s week eight aggression broke through, and mosh pits began sprouting both in the stadium and in line.

People stacked onto each other’s shoulders and moshed like a game of pool chicken, but with concrete instead of pool. That weird white “jump and punch above you” dance move was also put to stellar use. Ryan Long, a graduating senior in the College of Creative Studies, almost had his nose broken from a sudden shove in line.

“That was not the line I was expecting to fuck up my nose.”

Even though he was headlining, Playboy Carti only took the stage for a few songs. A fan of his, Ryan, told me about his set, which was the only performance he got to enjoy. “He was fashionably late. And left fashionably early. There’s just a whole lot of fashion going on there. You wouldn’t understand.”

Ultimately, the 2019 Extravaganza featured good performances, but suffered from poor preparation and too many cops — an experience that was true to Isla Vista.

This article is a work of fiction and is meant for entertainment purposes. Any resemblance to characters, real or imagined, is purely coincidental.