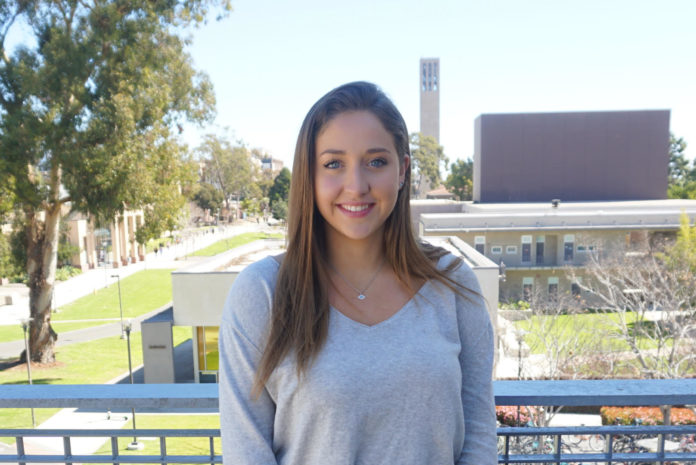 The international community comprises 12 percent of the undergraduate population at UCSB, with a vast array of ethnicities and international students coming from 79 different countries. While the bulk of these students are Chinese, there are many different ethnic minorities within this small percentage.

The Middle Eastern community is one of the least represented of these ethnic groups, with Iran being the only Middle Eastern country on UCSB’s “Top ten originating countries” for international students, comprising only one percent of the undergraduate population

Although there are many similarities, coming from an Arab background to an American environment prompts quite a large shift in cultural values. Some things about Arab culture that I love include the core value of hospitality, carrying forward the idea of “what’s mine is yours,” or the priority on family as an unbreakable bond. This is what makes the Arab communities even on campus so close, holding true to our background.

Despite the depth of culture ingrained in Arab upbringings, some of the most frequent things I’m asked when I say I’m from the Middle East are centered around stereotypes. Whether I can drive as a girl or if I grew up playing sports in an encouraging environment are questions people immediately jump to.

I think it’s very easy to settle with a stereotype, if that’s the way it’s portrayed so often in the media; however, some of the most rewarding conversations I’ve had since being at UCSB revolve around people trying to understand my culture instead of making assumptions.

Admittedly, in this global climate, the Middle East has many controversies. However having spent my whole childhood in the United Arab Emirates, which felt like the safest place I’d known, it’s incredibly difficult to handle the dichotomy in perceptions as an Arab-American. According to Gulf News, the UAE is the safest country in the world, with 96.1 percent of people having said they feel “safe and secure.”

Yet I’m constantly asked questions about what wealth status I must have to live there and what it’s like being a girl in such a country. The differences between Arab countries and Western countries come down to cultural beliefs, which don’t necessarily shift people’s everyday lives, making countries seem more similar than not.

Another aspect Arab students encounter when coming to the U.S. is the automatic assumption that they are Islamic if you come from the Middle East, irrespective of actual religious beliefs. Religion is not an ethnicity, yet in the Arab sphere it is treated as such.

The concept of racialization, specifically attached to Muslims and the racial categorization they face in the Western world, is a growing phenomenon, creating a greater divide between Islam and the West.

With reference to “The Islamophobia Election” article, racialization is a key determinant in the negative perception of Muslims in the West. There’s an aspect of empathy and compassion that needs to be held to a higher degree, especially in regards to international students of all ethnic groups. Leaving our homes so far behind in the pursuit of distinguished higher education isn’t an easy step, nor is acclimating to this new culture.

Thus, the warm support and sense of community that UCSB is known for is a key part of this cultural transition. As opposed to sticking to what we think we know, there’s a certain reward in challenging what we think to deepen our understanding of the world.