On October 8, Taylor Swift posted on her Instagram account urging her followers to vote in the upcoming midterm elections. Swift also endorsed the Democratic candidates running for election in Tennessee (the state where she will cast her vote). After Swift’s Instagram post, voter registration supposedly spiked, which led many to debate whether or not celebrities should use their notoriety to advocate for political issues.

The pop star’s decision to speak out was met with both backlash and praise. A lot of the conversation that follows when someone as popular as Swift speaks out about their political views derives from the sheer number of people that their message reaches.

Her Instagram post alone received over two million likes, not including the countless people who saw the post and chose not to like, with even more hearing about her statement through other news outlets.

This is not the first time controversy has arisen from a celebrity spreading their political views. Kanye West in particular has been criticized countless times for his controversial opinions, most commonly having to do with President Trump.

West has gone so as far as to meet with President Trump in the Oval Office, which shows that there are tangible, visible results that come from celebrities speaking out about their political beliefs — results that rarely occur when the average person voices their opinion.

This garners the question: Should celebrities even have this level of political power? On the surface, there is nothing separating Taylor Swift and her average fan in terms of political knowledge.

Yet when she makes a statement on politics, fans are more likely to take her word for it because they admire her. This is especially true in the case of Taylor Swift, whose fan base consists largely of the younger generation. Because of this, stars such as Swift can often influence the political landscape more than they necessarily should.

This is, of course, not Taylor Swift’s fault. In fact, Swift even went out of her way to urge her followers to “educate [themselves] on candidates running … and vote based on who most closely represents [their] values,” in her Instagram post. Yet this doesn’t stop fans from blindly believing the information they are told.

A similar controversy occurred earlier this year when survivors of the Parkland shooting started to speak out against gun rights, with critics stating that high school students were not educated enough to enter the political fray.

To an extent they were right; Parkland students are not political experts. However, they were students catapulted into the limelight by a tragic incident involving gun violence. The magnitude of the incident led people to be more likely to listen to them than other political voices.

When someone is so prominent in the public eye, they have a great potential to enact change. It is partly their responsibility to be careful with what they say. They need to recognize the influence they have and to use it responsibly to inform people, not to mislead them.

However, activism is never the wrong decision when done properly. People should be able to fight for what they believe in. In a world where we are all so connected through the Internet and social media, activism is easier than it has ever been.

That comes with ups and downs, but when someone is in the position to make a change, not doing so is simply a waste of opportunity. They should do it with care, but if we don’t try to fight for what we believe in, then nothing will ever change.

The Online Trend of “Toxic Positivity” 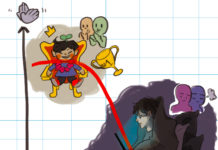 “Gifted Kids”: The Deception of Perfection 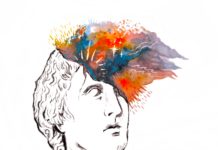